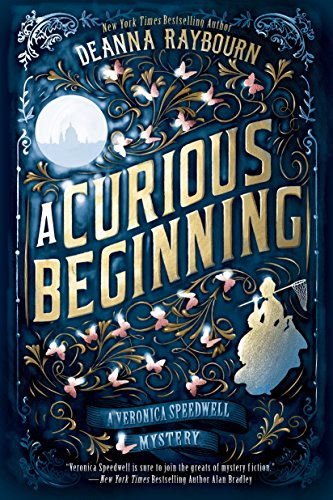 This weekend, we recommend a getaway to Victorian England with the historical mystery A Curious Beginning. Meet a lady lepidopterist, celebrate Queen Victoria’s Golden Jubilee, and — oh, dear! — get caught up in villainy, kidnap, and a little murder.

This is the first book in the Veronica Speedwell series. You might also like A Perilous Undertaking, A Treacherous Curse, A Dangerous Collaboration, and A Murderous Relation.