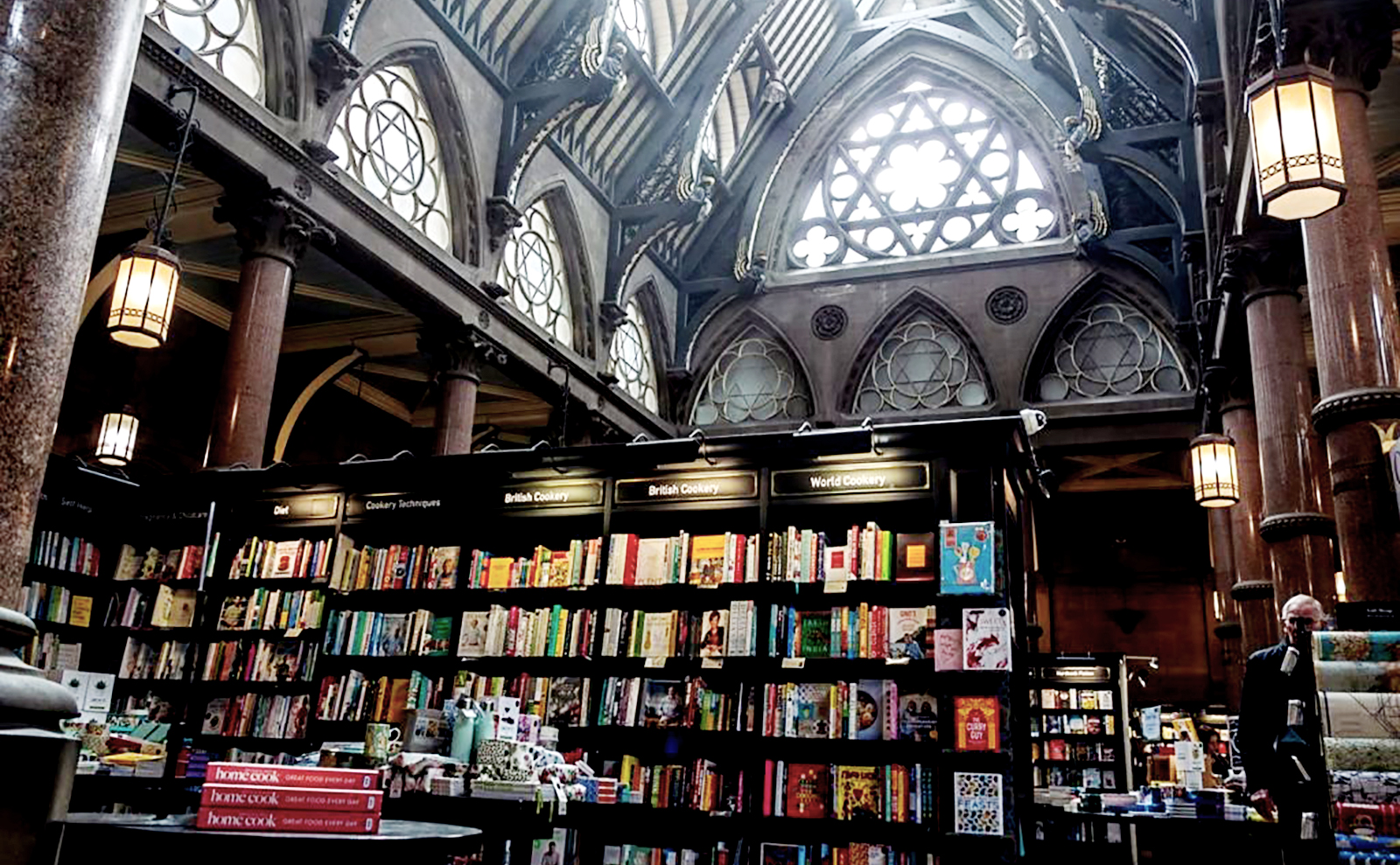 Waterstones in Bradford, UK is a Cathedral of Books

Built between 1864-1867, the Bradford wool exchange was housed in this Venetian Gothic masterpiece, a spiky, towering symbol of the city’s power and the wealth gained from the wool trade in the 19th century. Now, it’s a brilliant Waterstones bookshop.

It was such an important building, the foundation stones were laid by then-Prime Minister Lord Palmerston. Wool deals were made inside on the main trading floor, by verbal contract only, and only members could participate in trading on the floor. There was, however, a walkway around the main floor for freelancers and independent traders to try to catch the eye of a member to make a deal ‘off floor.’ Membership in the exchange endowed official traders with a coveted high rank in society. So posh! 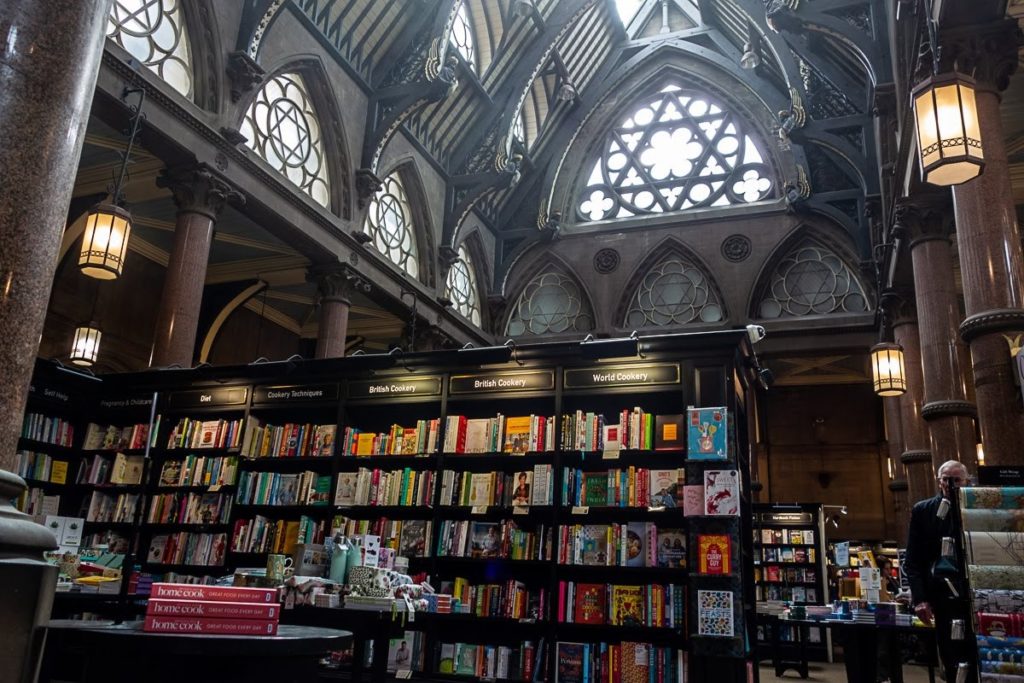 The basement offered a social establishment with plenty of cachet: Spink’s Restaurant, where even the cutlery was stamped with an Egyptian sphinx. The restaurant boasted two dining rooms — formal and more casual — and they were a hotbed of networking, trading, and gossip. 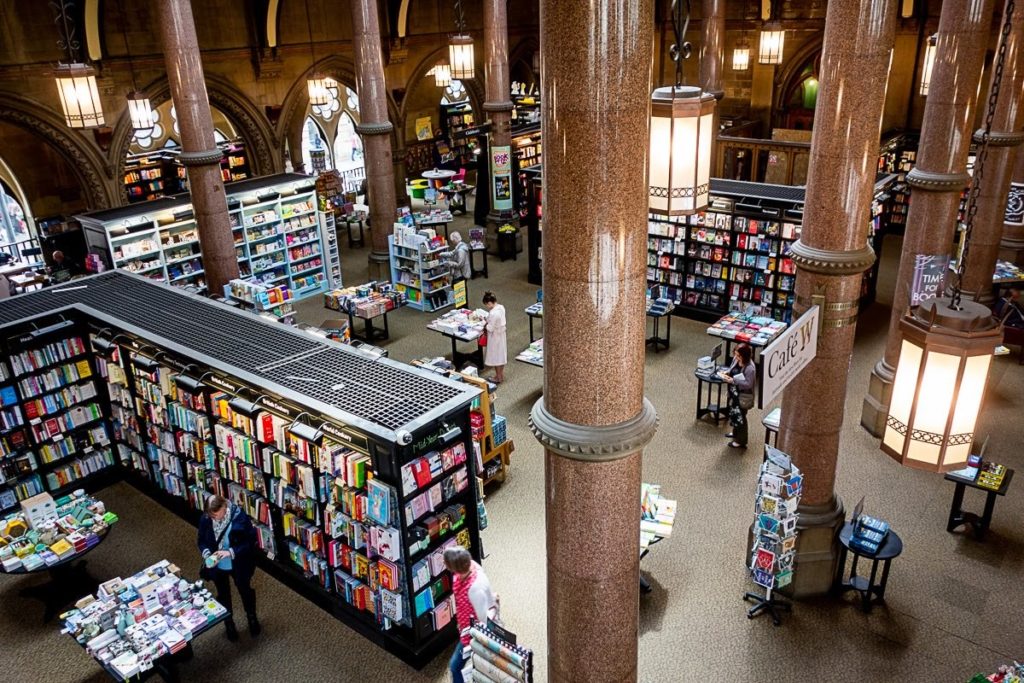 Today, this historic building is a well-curated Waterstones book store with an airy café on the mezzanine overlooking the glowing shelves of books below. This Waterstones is also the location of the annual Bradford Literature Festival. 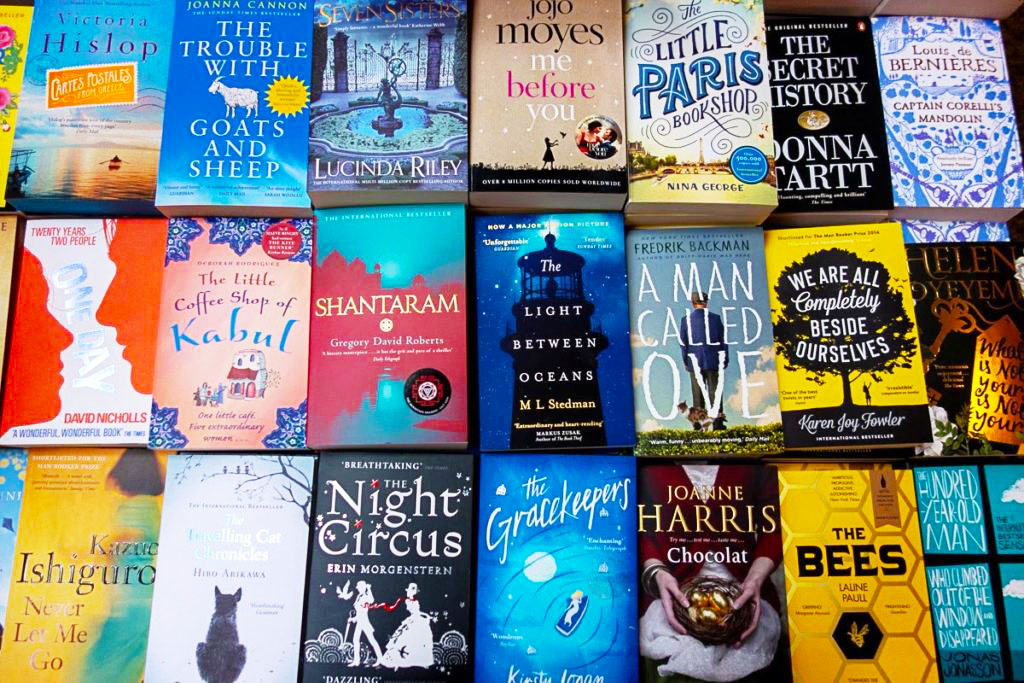 There are so many alluring books on display! The Little Paris Bookshop is sure to induce an ugly cry (in a good way), and The Night Circus delivers atmosphere, magic, and mystery. Plus, The Little Coffee Shop of Kabul, A Man Called Ove, and Never Let Me Go… it’s a world tour of best-quality fiction. 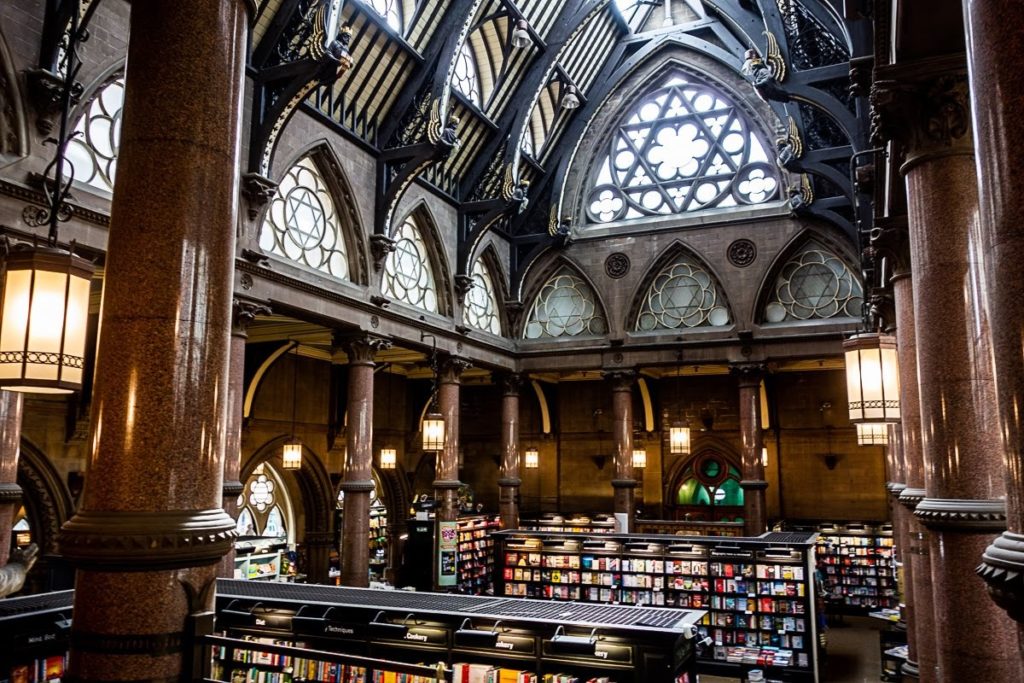 It would not be difficult to commit to being a monk in this book church. The first golden rule would be that all monks read each night before going to sleep. They pledge to remain abed until at least 9:00 a.m. the following morning with said tome, then they will rise and drink tea (in the summer) and hot cocoa (in the winter). The day would be spent reading to children, dogs, and cats — literary service is crucial. For supper, they would eat recipes prepared from books in the cookbook section. These are orders to which we could happily commit; where do we sign? 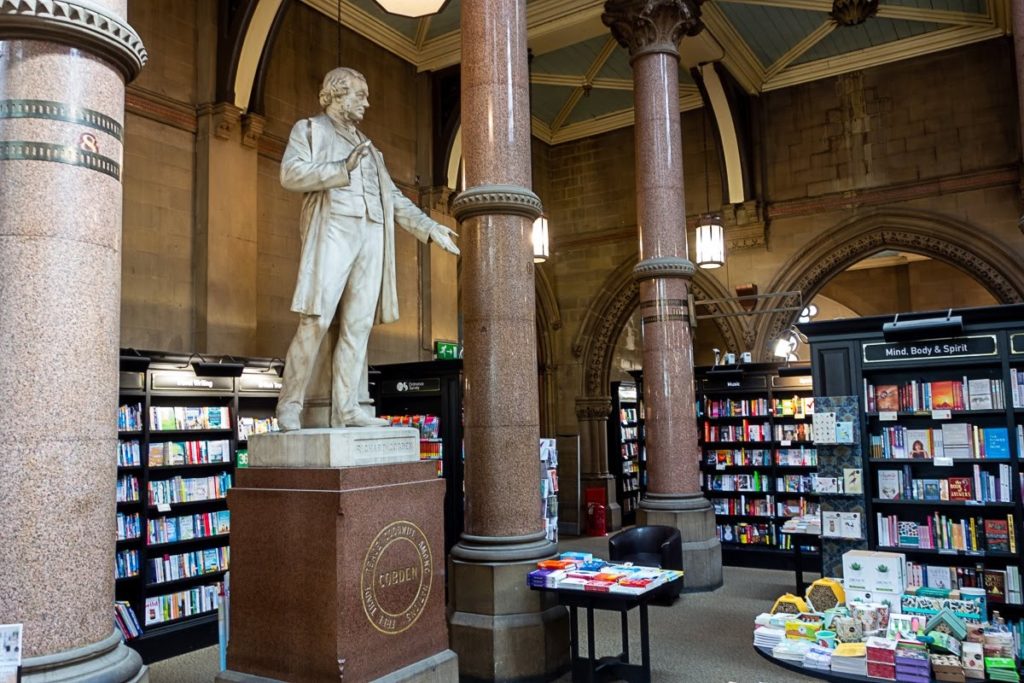 This is Why We Love The Union Coffee House in Leeds

The Union Coffee House is tucked along a side street in Leeds. It's worth the trip to this cozy café to enjoy their excellent coffee, warm hospitality, zippy wi-fi, and surprisingly good selection of books.