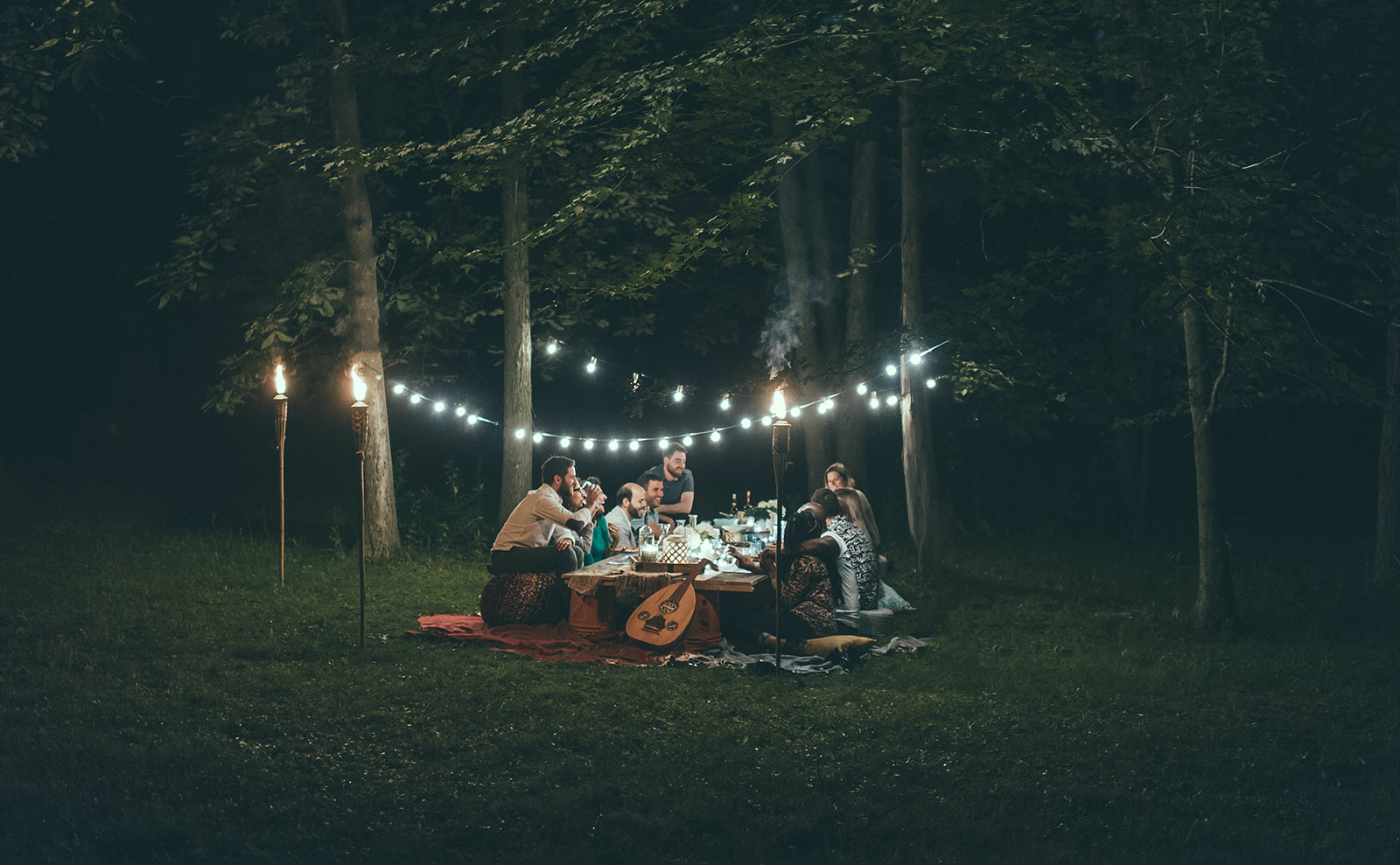 If you were transported through time to anywhere in the world, during any time in history, one of the first things you would do to determine where and when you were is look around at what people are cooking and eating.

The evolution of food technology, the distribution of certain foods, the typical ways of preparing the ingredients that grow easily in a specific area. All of these are clues to why food in, say, Morocco is both similar and different than food just across the sea in Southern Europe.

Food gives us such a strong sense of place, both in terms of geography and chronology, but it also helps us understand where we are in so many other ways.

When Mel asked me to write something for Strong Sense of Place, I immediately started thinking about how food influences what we would call a ‘place.’

Pizza folded in half or eaten with a fork. Salsa made via molcajete in the Yucatan. Gumbo served with crackers, not cornbread. Breakfast tacos in Austin and breakfast burritos in Dallas. Each of these foods is loaded with information about the history and agriculture of a particular place and the history and personal culture of the person making it.

Sugar cookie dough rolled out with a rolling pin that’s been passed down through six generations. A Dagwood sandwich piled high, just like your grandma makes while waiting for Days of Our Lives to start.

I was a newspaper food writer for more than a decade, so I’ve been thinking about this kind of meaning that’s wrapped up in food for a long time.

I live in Austin, where the noted post-modernist architect Charles Moore spent the latter years of his life. His former home — he died in 1993 at the age of 68 — is now the Charles Moore Foundation, which champions the study of placemaking.

After a bit of digging around, I found Charles Moore’s principles of place. He advocated for making spaces (buildings, parks, anywhere where there is an inside and an outside) that give us a feeling of belonging and connection to our personal history and the culture around us, which is exactly what food can do.

One of his most interesting principles is the first one: ‘Bread cast upon water comes back as club sandwiches.’

It’s a twist to an obscure bible verse (Ecclesiastes 11:1: ‘Cast your bread upon the waters, for you will find it after many days’) into a phrase that means: The effort that we put into buildings (or food or anything, really) comes back to us augmented and enriched.

I wanted to round up some food books that help me better understand and appreciate the idea of place in food. These books give the reader an enhanced sense of connection, compassion, and even belonging and understanding about history, geography, ancestry, and identity. — Addie Broyles 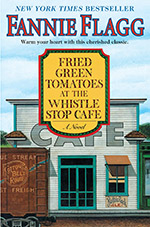 Jars of honey, a house full of hidden Snickers bars, and an unforgettable barbecue with a dark secret, this book (and 1991 movie) have so much more food than the title dish. (Although reading this 1980s classic will make you crave fried green tomatoes, fried catfish, okra, and cherry pie.) Although set in rural Alabama in the 1920s, the movie was filmed in Juliette, Georgia, where producers built a set for the Whistle Stop Cafe that went on to become a restaurant that is still open today. Flagg, an Alabama native, wrote the screenplay for the movie, for which she was nominated for an Academy Award.

A Village in Denmark 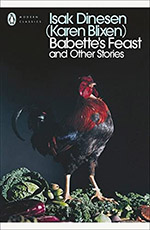 Babette’s Feast is another unforgettable piece of literature with a strong sense of place via food. Karen Blixen, author of Out of Africa, published this essay under the name Isak Dinesen in 1958, and Danish filmmaker Gabriel Axel expanded it into a full-length film in 1987. The sisters who live on the coast of Denmark live an austere life until a mysterious woman named Babette shows up to cook for them. She ends up working for them for free for 14 years before winning the lottery. Instead of living off the money, she orders 10,000 francs worth of never-before-seen ingredients delivered to the small village. The contrast between the desolate kitchen and the one overflowing with richness is central to the book’s appeal — what would it be like to cook and eat the most incredibly boring meals for years on end and then have one totally outrageous feast? 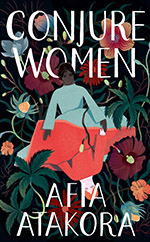 I love historical fiction, and this debut book from novelist Afia Atakora has quickly climbed to the top of my recommendation list. Food doesn’t play as central a role as some of these other books. But Atakora takes us straight to the heart of a Civil War-era slave cabin where healer and wise woman May Belle is raising her daughter Rue, who later follows in her mother’s footsteps to become a midwife and medicine woman. The book moves back and forth in time, from when Rue is a child, watching her mother forage and formulate whatever she needs, to when Rue is an adult, making her own magic from what she finds in the woods.

Day of Honey: A memoir of Food, Love and War — Anna Ciezadlo 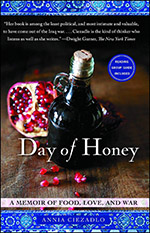 This longtime foreign correspondent lived in Lebanon and Iraq for many years. She was there to cover the ongoing wars — for the Christian Science Monitor in Baghdad and The New Republic in Beirut — but she started paying closer attention to the food lives of the people all around her. With food as a driving force for the narrative of her memoir, Ciezadlo tells an evocative and compassionate story about everyday civilians surviving such difficult times. Don’t miss the recipes at the back of the book; they were taught to the author by Umm Hassane, her ‘sardonic’ Lebanese mother-in-law.

Tomorrow, There Will Be Apricots — Jessica Soffer 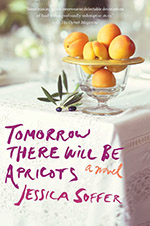 A novel about two women in New York, an Iraqi Jewish immigrant who starts teaching cooking classes after her husband’s death and a teenager with a difficult relationship with her own mother who signs up. This is one of those sweet, slow stories that simmer on the table beside your bed until you decide to pick it up and read it in a weekend. Soffer sets the novel in a busy city, but through the characters, she carves out a quiet space for them to learn about each other through this ongoing series of cooking lessons. You’ll feel like you are there making baklava and working through grief right there with them.

Proust’s madeleine, cheesy toast from Heidi, Melville’s steaming chowder in Moby-Dick. This photographer recreated more than 20 notable meals and foods from books ranging from the novel The Corrections by Jonathan Franzen to the classic children’s book Bread and Jam for Frances written by Russell Hoban and illustrated by Lillian Hoban.

The Fruit Hunters explains how fruit, specifically, has influenced how we look at ourselves and the world we live in, and how our connection to it is one of the most primal parts of our existence.

The Food Explorer is a biography of David Fairchild, a 19th-century fruit- (and seed-) hunter whose explorations led to the global food culture we have today.

Addie Broyles is a writer, podcaster, millennial mom, quilter, and tarot card reader based in Austin, Texas, where she was a food writer for the Austin American-Statesman from 2008 to 2021. In 2011, the Missouri native co-founded the Austin Food Blogger Alliance, and in 2013, published the group’s community cookbook. In the following years, she produced two podcasts: I Love You So Much and Class Reunion. In 2021, she launched The Feminist Kitchen on Substack, where she writes about travel, history, grief, emergent strategy, and ancestral healing. You can find her freelance writing in Texas Monthly, Austin Travels Magazine, Dwell and Metropolis magazines. Follow Addie on Instagram. 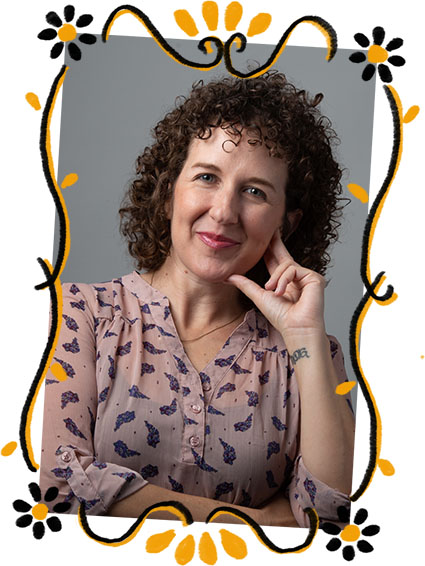 Pho is Vietnam's national dish, a comforting bowl of spice-infused broth, rice noodles, beef, and fresh herbs that tastes like love. We recommend you simmer a pot of broth and take a virtual trip to Hanoi, Vietnam.

This weekend, we recommend a getaway to a lake-side resort in Vermont... where you'll find yourself right smack in the middle of a romantic comedy with real, messy people who make real, messy mistakes.

Poor Frankenstein! (The 'monster,' not the doctor.) The poor creature deserves kindness and a hot breakfast to start the day. Like this savory bread pudding from 'A Gothic Cookbook.' It's monstrously delicious.