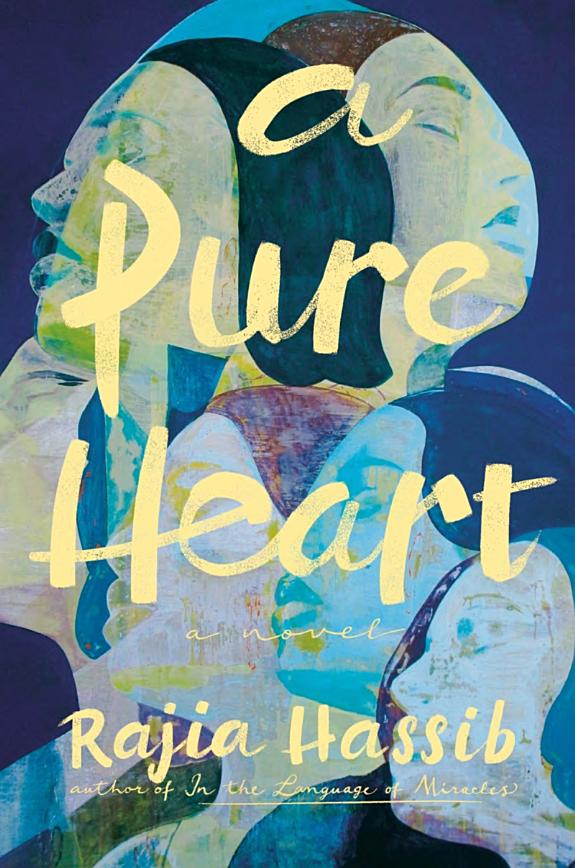 This family saga (320 pages) was published in August of 2019 by Viking. The book takes you to modern-day Cairo and New York. Melissa read A Pure Heart and loved it; it wouldn't be on our site if she didn't recommend it.

This is a story about sisters. And if you know anything about sisters, that means it’s a story of deep love and discord, loyalty and letdowns. The stakes are even higher for these sisters — Rose and Gameela — because their story takes place in 2016, when the dust of Egypt’s revolution was still swirling in the air.

Rose is an Egyptologist, married to an American reporter and transplanted to New York City to work at the Metropolitan Museum of Art. Gameela, whose teenage rebellion involved embracing devout Muslim practices, stayed in Cairo. Angry at Rose. And, it turns out, living a secret life. When Gameela is killed in a suicide bombing, Rose makes it her mission to find out what her sister was keeping from the family.

In a detective novel, this would be the beginning of a suspenseful inquiry into Gameela’s death. But this is a family story, so her investigation feels more like atonement. And in Rose’s mind, she has good reason to make amends.

Her decision to leave Cairo, to marry an American, to not wear the veil has created a chasm filled with bad feelings between the two. Rose ‘could not remember the last time she had looked at her sister and not felt guilty.’

Although women are at the heart of this story, the men in their lives play a crucial role in their fates: Mark, the American reporter, and the 21-year-old suicide bomber, a boy who started out as just a regular boy and turned into something else.

Author Rajia Hassib knows these characters and this place from the inside. She was born and raised in Cairo and lived there until she was 23. Her prose is descriptive without being precious, weaving fascinating bits of Egyptian mythology into her modern story. Her words are a bit of sorcery, making us feel empathy for the terrorist and transporting us the clamor of Cairo and a sun-kissed farm in the country.

Hassib tackles the tough material with great care and no judgment, revealing the secrets Gameela felt she had to keep and helping us see how a tender young man can be moved to radicalism. Although this story cannot have a happy ending, it does have a very satisfying and life-affirming one.

A car honks, and Rose gets up and steps to the railing, looks at the cars crammed in the narrow, two-lane road below, at the Nile ahead with its traffic of sailing boats and floating restaurants, at the crowded bridge visible in the distance to her left, at the high-rises on the other bank. Once, when they first met, Mark took her on a boat ride down the Nile, and when she told him of the saying that claims those who drink from the Nile’s water are destined to return to Egypt, he reached out of the small sailboat and scooped a handful of water, gulping it down despite her protests that the saying referred to purified, not raw, Nile water, and that he will now certainly die of dysentery. — Rajia Hassib

Street food is the best food; we won't be convinced otherwise. With this recipe, you can bring koshari — a.k.a., amazing Egyptian street food, into your kitchen. Carby goodness, spicy tomato sauce, fried onions... YES.