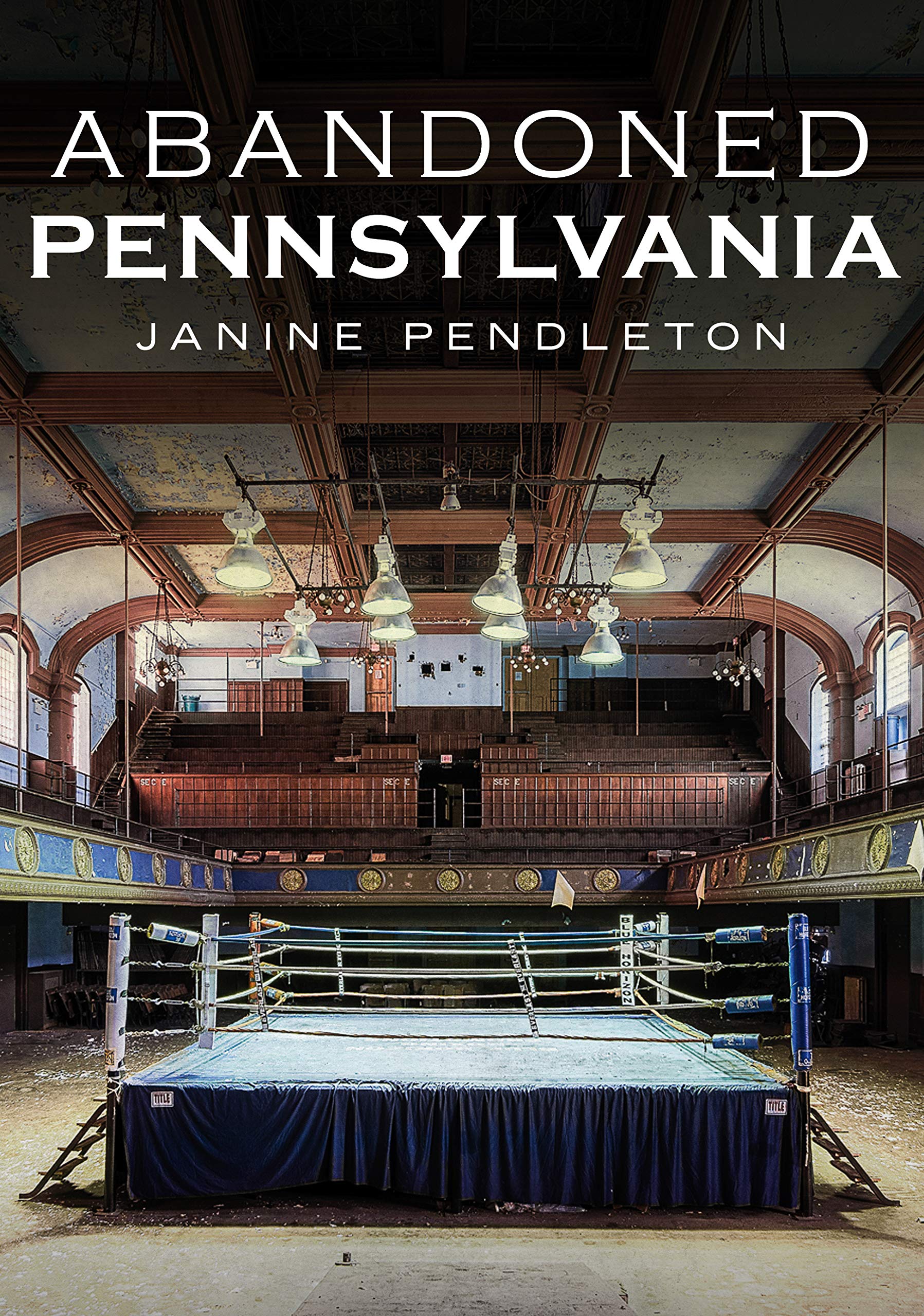 This photography book (96 pages) was published in December of 2019 by America Through Time. The book takes you to Pennsylvania. Melissa read Abandoned Pennsylvania and loved it; it wouldn't be on our site if she didn't recommend it.

Gothic churches splashed with neon graffiti, wooden rollercoasters given over to the surrounding trees, majestic domes and marbled staircases and soaring ceilings, all abandoned to the elements. Captured by the camera’s lens, these landmarks — crumbling, delicate, nostalgic, and surprisingly moving — are a portal to another time.

Photographer and author Janine Pendleton travels the world in search of beautiful desertion to document what’s left behind when people move on, and nature takes over. She’s explored derelict sites in 17 countries, but the relics of Pennsylvania had a particular appeal.

At the beginning of the 20th century, Pennsylvania was a posh up-and-comer. It was the Gilded Age when the revenue from coal and steel made possible elaborate building projects and public works. A few decades later, the bubble burst; churches, factories, schools, hospitals, and theaters were forsaken, their columns and domes left to deteriorate.

Pendleton’s striking color photographs are accompanied by evocative text that’s better than it needs to be. The photos could stand on their own, but she enhances the story — and the poignancy — by sharing first-hand details of visiting the sites, along with bits of history, lore, and legend. A discarded church is now ‘filled with pigeons.’ A former mayor’s office has ‘files and stationery littering the desk, and the room appears relatively untouched.’ But it’s not all heartbreak; many of the buildings in this book are on the brink of revitalization. ‘Yet there is hope for this wonderful building as a new restoration project is working in partnership with the local community to offer it a new lease on life.’

Dilapidated but still vital and somehow regal, these treasures are fuel for the imagination and a reminder to see the beauty in the ordinary world around us.

Support the author: You can order this book from the author. Along with your book, you’ll get two extra prints from Janine and the knowledge that you’re directly supporting an artist.

The cities of Pennsylvania are littered with abandoned churches, discarded as the small congregations merged together… There are forgotten theaters, which once hosted sell-out performances but now lie silent and lost… Old theme parks closed as their rides aged and the excitement they offered waned… One by one, these hidden treasures are lost as time, and the world moves on around them… The loss of history is something that always comes with a measure of sadness. This book explores the beauty that lies in these forgotten places, often hiding in plain sight on the streets of Pennsylvania. — Janine Pendleton