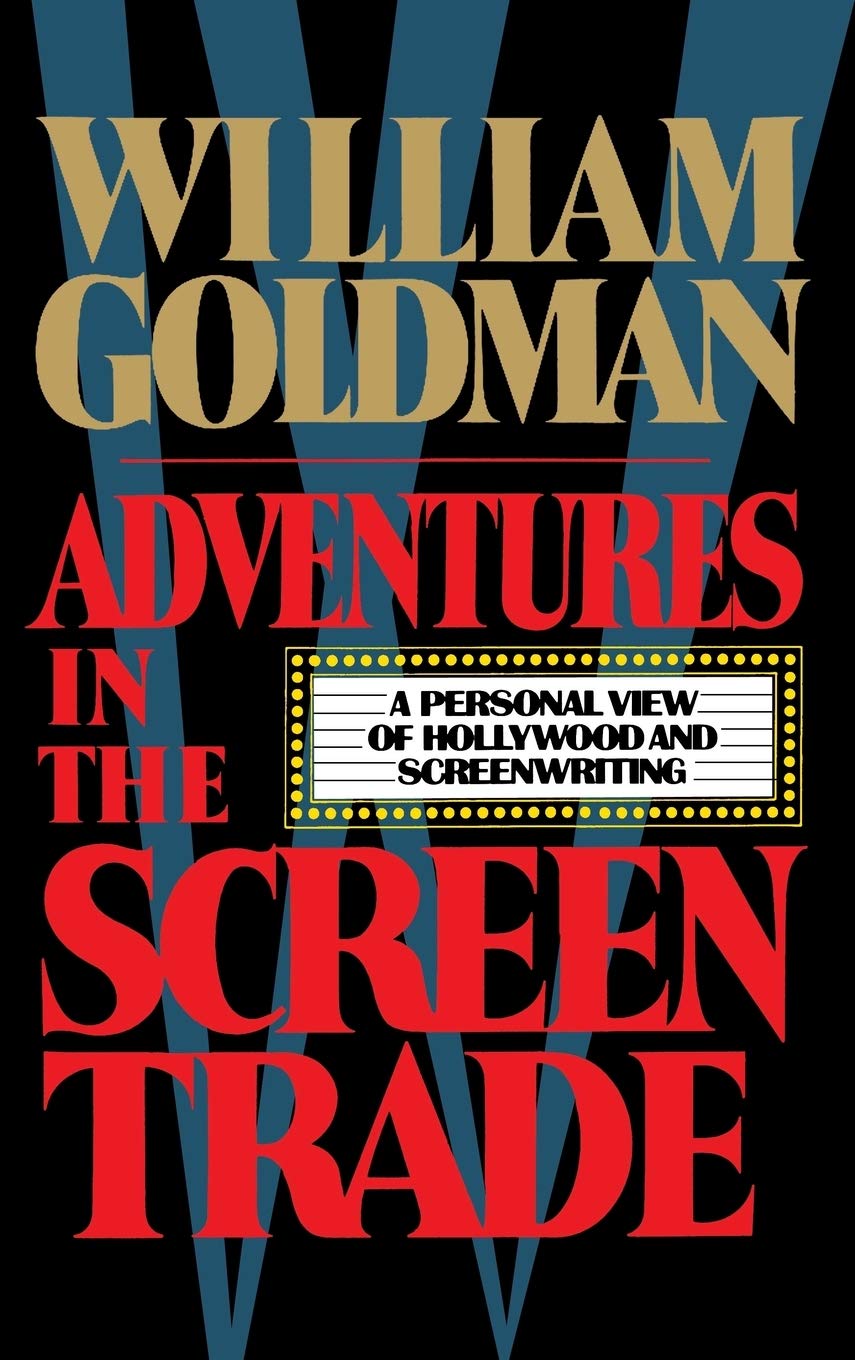 This memoir and masterclass in Hollywood tradecraft (436 pages) was published in March of 1983 by Warner Books, Inc. The book takes you to 1980s Hollywood. David read Adventures in the Screen Trade and loved it; it wouldn't be on our site if he didn't recommend it.

Adventures in the Screen Trade

A Personal View of Hollywood and Screenwriting

This sparkling, entertaining work is a combination of memoir and masterclass on how to turn a story into a screenplay. Published way back in 1987, some of its references are wonderfully dated, but it’s still one of the best books about screenwriting ever written.

Its author is William Goldman. You might know him as Oscar-winning screenwriter William Goldman. Or author of The Princess Bride. He’s also the creative genius behind Butch Cassidy and the Sundance Kid, All the President’s Men, and Misery. Aaron Sorkin, creator and writer of The West Wing called Goldman, ‘the dean of American screenwriters.’ Without Goldman, we never would have heard the lines Hello, my name is Inigo Montoya. You killed my father. Prepare to die. Or As you wish.

And Deep Throat — the person who guided Woodward and Bernstein through the Watergate years — never said, ‘Follow the money.’ Those iconic words were a line Goldman wrote for the character of Deep Throat in the film All the President’s Men.

Bottom line: Goldman knows his way around a screenplay, and this book is his behind-the-scenes look at his experience of the movie-making process.

It’s divided into three sections. The first is a primer on the different roles in a Hollywood production. Unclear on what a Producer does? Wondering about how to manage agents? Or actors’ egos? Or studio execs? His strategies for getting through meetings in Hollywood are pure gold.

In the middle section, Goldman gets a little personal, sharing stories about his life in the biz, working with larger-than-life names like Laurence Olivia, Robert Redford, and Dustin Hoffman. He also digs into why he believes some of his films failed.

In the last section, Goldman demonstrates how he transforms a story into a screenplay, walking through how decisions are made, analyzing characters, pushing on the plot. Then he invites a set designer, a cinematographer, an editor, a composer, and a director into the conversation to share how they’d approach (and, perhaps, change) the story. It’s equal parts Goldman charm and how-to manual for budding screenwriters or anyone interested in how the mechanics of good storytelling work.

And while Goldman is willing to share his experience and best tips, he’s also realistic about the magic that comes into play when making a movie: ‘Nobody knows anything. Not one person in the entire motion picture field knows for a certainty what’s going to work. Every time out, it’s a guess — and, if you’re lucky, an educated one.’

There are a lot of dreadful jokes about movie funerals, the most famous, I guess, dealing with Harry Cohn, the head of Columbia and perhaps the leading ogre of his era. At the services, someone expressed surprise at the number of people present, to which the reply came, ‘Give the public what they want, and they’ll turn out.’ — William Goldman