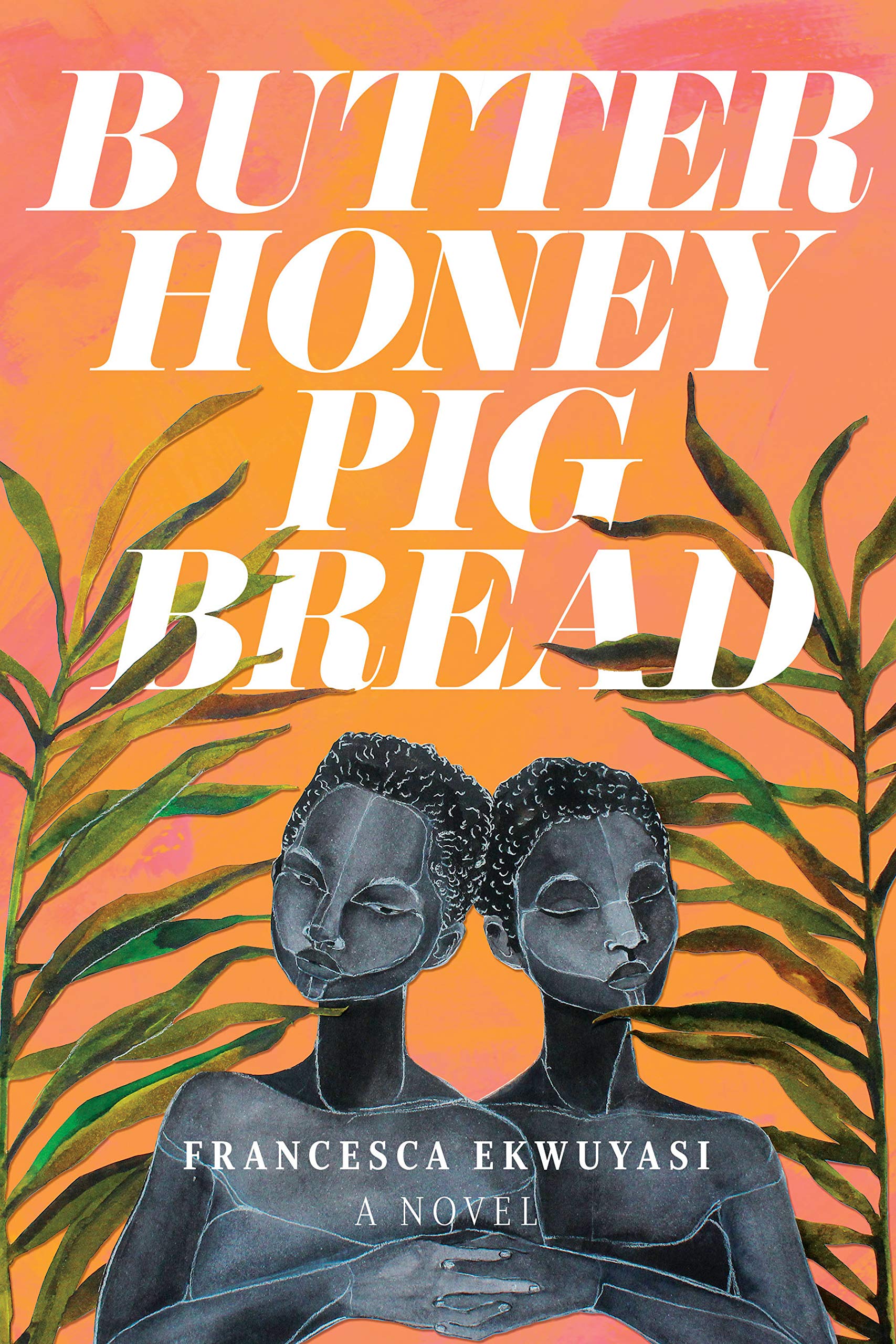 This family saga (368 pages) was published in November of 2020 by Arsenal Pulp Press. The book takes you to Lago, Nigeria. Melissa read Butter Honey Pig Bread and loved it; it wouldn't be on our site if she didn't recommend it.

This glorious novel is a celebration of food, family, and forgiveness. It’s the story of three extraordinary women, bound by love, who lose each other in the mess of life and then find their way back.

The story begins when we meet Kambirinachi. She believes that she’s an Ogbanje, a magical being that tortures its mother by being born and dying in childhood, over and over again. One day, Kamrinachi decides to ignore the voices of her ancestral kin and chooses to live. That fateful decision drives and shapes the rest of her days.

But her life is bright when she falls madly in love and gives birth to twin daughters: Taiye and Kehinde. They’re devoted to each other, as close as twins can be. But then a Very Bad Thing happens, and the family ties begin to unravel. Taiye kippers off to London. Kehinde flees to Montreal, Canada. The sisters who were so close are estranged from each other, their mother, and their home.

After more than a decade, the twins are drawn back to Lagos, to their mother’s house, and to each other — to heal, to hope, to fight, and to eat.

Food is a significant character in this lyrical, gripping novel. Taiye is a cook by trade, and she uses food to connect to herself and other people. The cakes and Jollof rice and plantains she cooks are more than meals; they express longing and loneliness, a plea for mercy, love, lust, forgiveness. Across continents and through time, the food the characters share heals old wounds and binds them together.

Francesca Ekwuyasi’s prose engages the senses; it’s almost tactile. There’s sex and food and the heat of Lagos, tension and joy, fear, tenderness. And yes, there are moments of darkness — the event that sends the girls to opposite sides of the globe is tragic. But the overall vibe of the novel is love. Romantic love, sisterly love, motherly love, love of life. Beautiful, messy, forgiving.

There were lovely things about being alive, she had to remember, like the taste of guavas. Their existence filled her with so much joy that it burst out of her in gleeful laughter. This is how she ate them: She found the sharpest knife in the kitchen, hiding it if her mother was near, the woman could shout, eh! Holding the blade as far away from her body as her thin arms would allow — because images of her throat, tattered and bloody, ﬂashed through her mind whenever she saw a knife; knives could also be doorways — she sliced the bumpy emerald skin oﬀ, always trying and often failing to make a single long ribbon of the tart rind. After taking delicate bites of the soft pink ﬂesh, shallow bites to leave the grainy seeds undisturbed, until the fruit became a knobby, slimy ball, she would pop the entire thing into her mouth, and spit out the fruit’s tiny seeds, one by one, all sucked clean. — Francesca Ekwuyasi

As you might guess from the title, food — homemade Nigerian food — is as central to this story as the characters and the setting. There's magic and love, turmoil and triumph, salty conversation and sweet forgiveness.