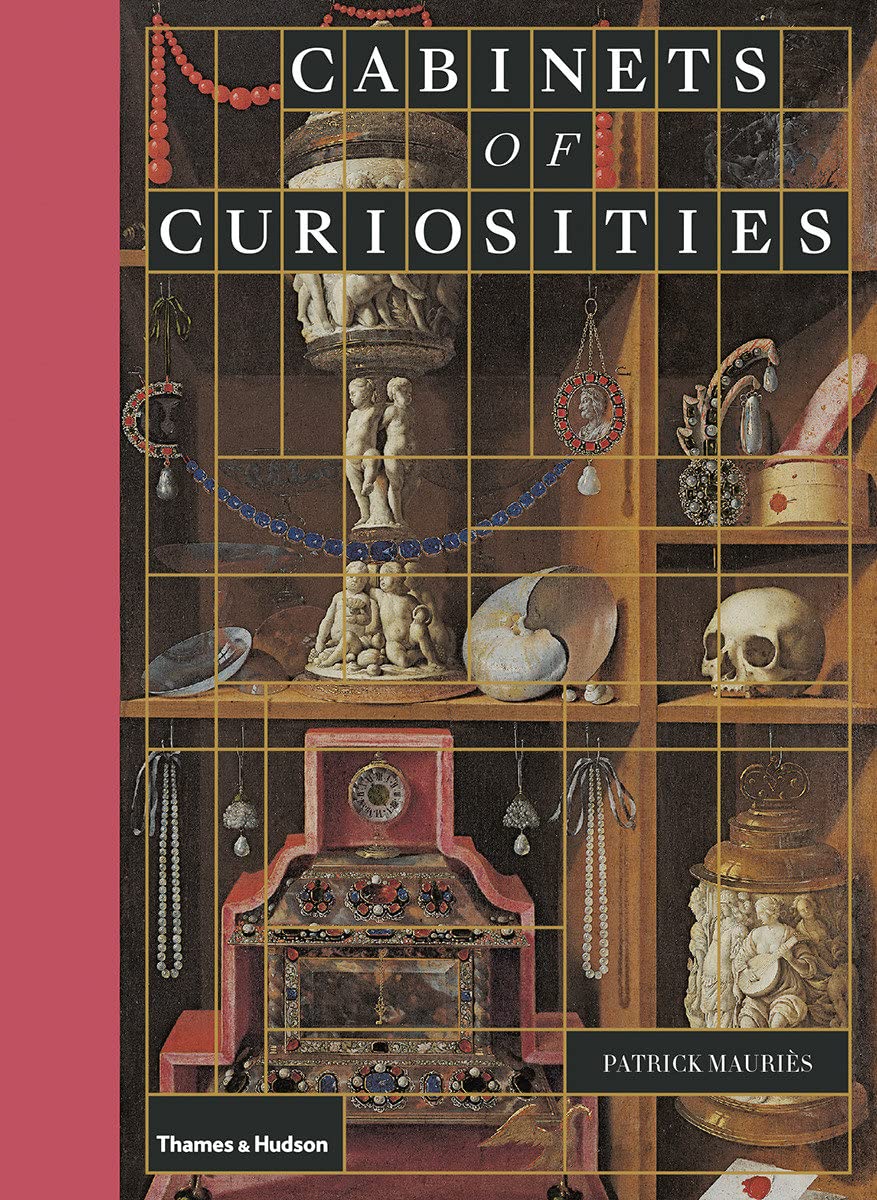 This charming art book (256 pages) was published in September of 2019 by Thames & Hudson. The book takes you to Wunderkammer around the world. Melissa read Cabinets of Curiosities and loved it; it wouldn't be on our site if she didn't recommend it.

Curl up in a window seat — literally or figuratively — and lose yourself in this lush carnival ride through the history of Cabinets of Curiosities. Every page delivers a delight: a color photo of an unusual objet d’art, a vintage illustration from centuries ago, paintings of the big personalities of the day, and captions that read like Renaissance-era gossip (which, from us, is a compliment).

Back in the days of Shakespeare, men with means collected objects from around the world and displayed them in rooms that came to be known as a Kunstkammer (chamber of art) or Wunderkammer (chamber of marvels). In English, we call them cabinets of curiosities. The contents of these cabinets were eclectic and represented whatever caught the collector’s fancy.

As this passion for hoarding — and the quest for knowledge — spread across Europe, collectors developed a belief that books and objects together would create understanding. Soon sparkly geodes and hunks of coral were displayed alongside narwhal horns and oil paintings, all tucked into cabinets and drawers surrounded by bookshelves. It was au courant to suspend a stuffed crocodile or alligator from the ceiling and to tuck an oversized globe into a corner.

In 1666, Mandfred Settala, a collector living in Milan, had one of the most respected cabinets in Europe. At his funeral, his coffin was followed by a convoy carrying the most curious items from his museum. Even in death, cabinets meant a great deal to their collectors.

That’s because many of them were driven to stockpile beautiful and interesting objects by the very fleeting nature of life. They were fighting against death; by rescuing and keeping artifacts, they could master reality and stop the forward march of time.

Eventually, these cabinets — meant for private viewings — evolved into collections to be shared with the public, the precursors to museums. The most famous cabinet in the 16th century was the one amassed by Lorenzo de Medici in Florence. His studiolo (Italian for cabinet) eventually came to be called a museum, the first use of that term to denote a comprehensive collection.

Although the objects from these famous cabinets still exist, the collections have been disbanded and scattered to museums throughout the world. But the pages of this book invite you to marvel at them in all their former glory (and whimsy and absurdity). 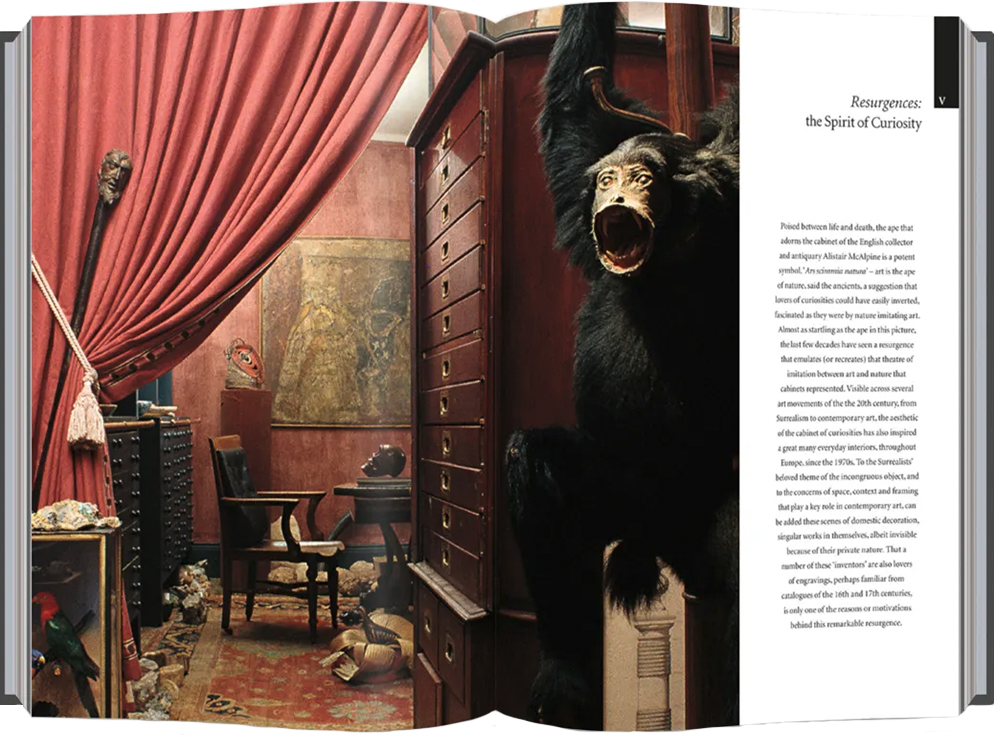 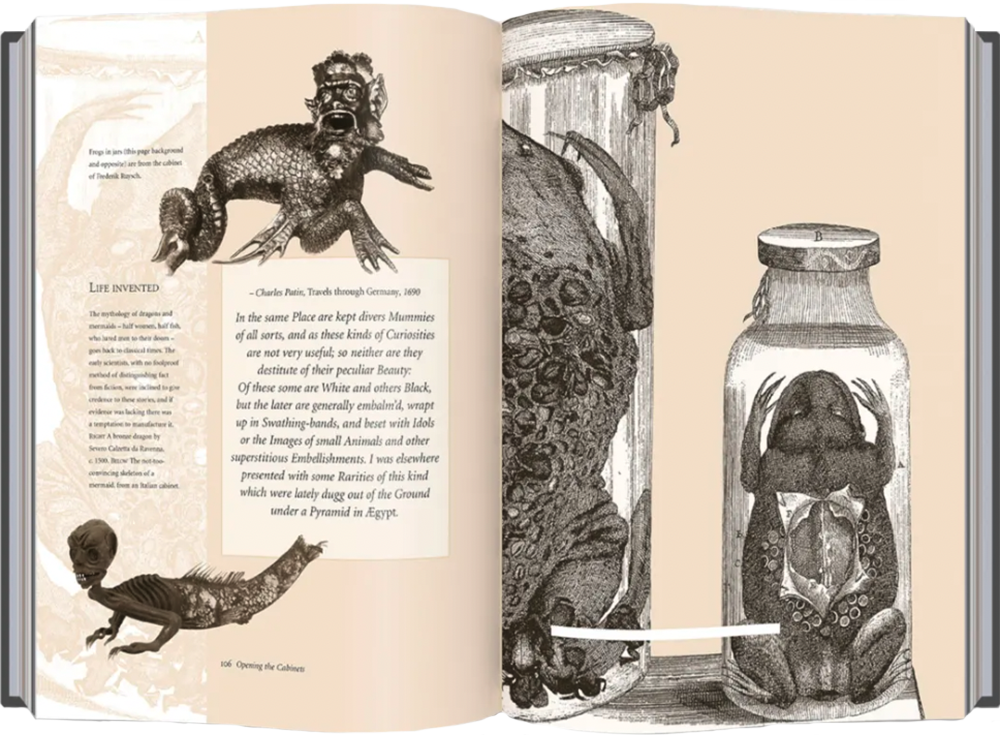 Ulisse Aldrovandi was a man with an irresistible passion for accumulating and recording information. When he went to Rome as a young man he made a list of all the ancient statues in the city and where they were. When he returned to take up a university post in Bologna, he applied the same energy to the natural world. ‘Nothing is sweeter than to know all things,’ he said… at the time of his death, he had amassed nearly 8000 panels bearing representations in tempera of exotic or rare objects from nature… in addition to 11,000 beasts, plants, and minerals in this collection, and the 7000 pressed plants that he amassed and glued into 15 volumes. — Patrick Mauriès