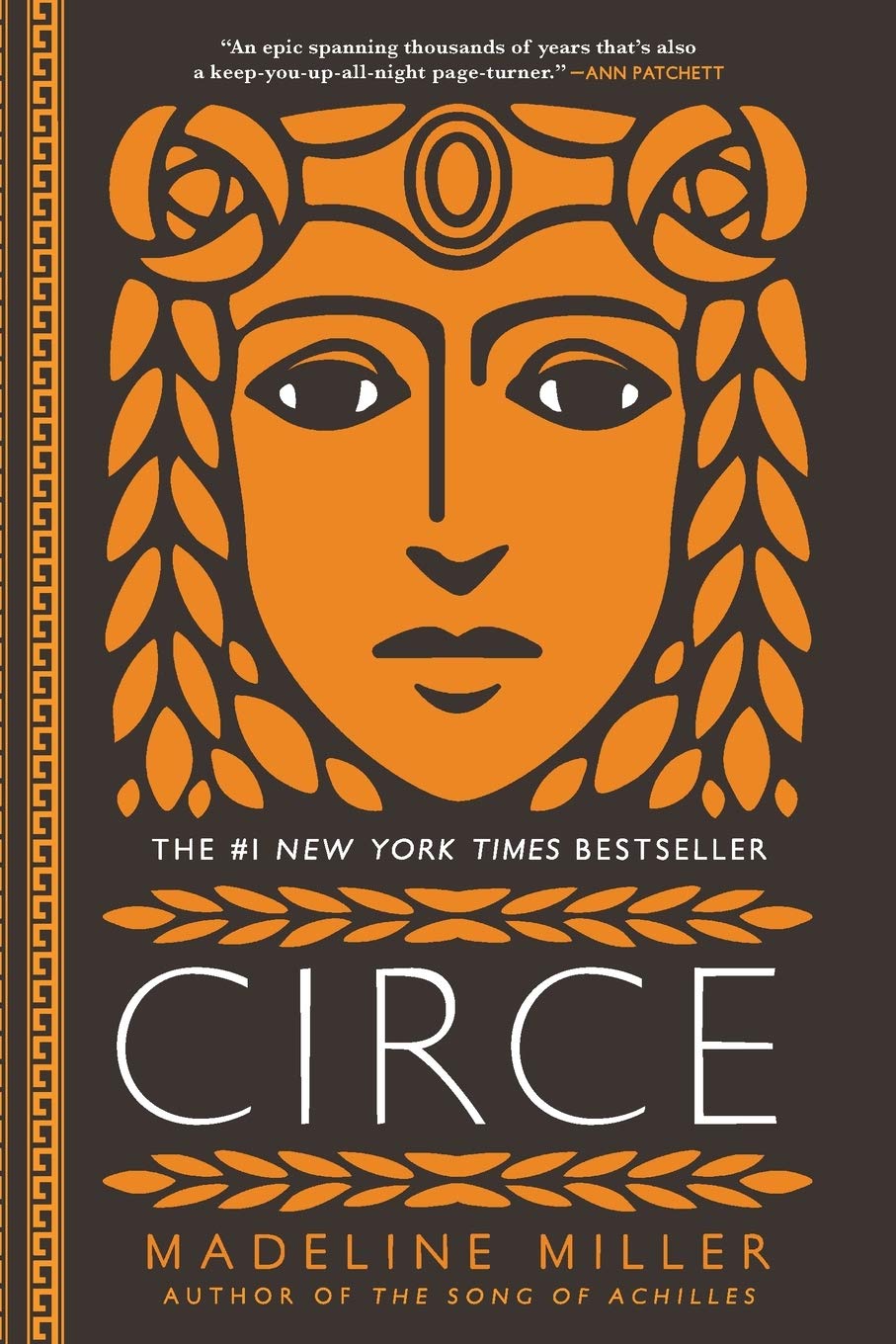 This retelling of Greek mythology (400 pages) was published in April of 2018 by Little, Brown and Company. The book takes you to ancient Greece. Melissa read Circe and loved it; it wouldn't be on our site if she didn't recommend it.

Sure, the poems The Odyssey and The Iliad are epic tales that have enthralled readers for thousands of years. But we’re just a little weary of stories that center men and their heroic deeds. Instead, give us Madeline Miller’s take on the dynamic heroine Circe. Woman. Witch. Badass.

You could describe this unputdownable novel as ‘an adaptation of various Greek myths,’ which would be technically correct, but not entirely accurate. Because that doesn’t begin to describe its emotional impact, wicked humor, and straight-up girl power. It’s thrilling to experience the events of Greek mythology through the eyes and voice of Miller’s Circe. This daughter of the Titan Helios befriends mortals, embraces her powers of sorcery, slays monsters, holds her own against the gods, and loves passionately. She is a force.

And while she’s larger than life, she’s also just a woman. A glorious, complex, emotional (but not sentimental), powerful woman.

Lest that all sound a bit too much like homework, take note of this: In addition to Circe’s reckoning with who she is, there is also almost non-stop action involving all manner of monsters, epic sea adventures, a crew of men turned into pigs, pet lions and wolves, rides atop golden chariots, and magic spells with sometimes unpredictable results. It’s fantastic in all meanings of the word.

It’s also eminently readable. The story unfolds through Circe’s first-person voice, and she’s a lively, relatable narrator. From the beginning — in which we meet the strange, observant, intelligent child that she was (bullied by her siblings, dismissed by her parents) — to the self-possessed, generous, centered woman she becomes, Circe shows us a world that’s both triumphant and tragic, magical and harrowing.

This is one of those books that you’ll want to start over again as soon as you’ve turned the last page, proof that Madeline Miller might be a bit of a sorceress herself.

Heads up: Speaking of women with enchanting powers, the audiobook is narrated by British actress Perdita Weeks. She delivers the tale in a luxe voice with sharp storytelling instincts, and it is glorious.

I learned to braid my hair back, so it would not catch on every twig, and how to tie my skirts at the knee to keep the burrs off. I learned to recognize the different blooming vines and gaudy roses, to spot the shining dragonflies and coiling snakes. I climbed the peaks where the cypresses speared black into the sky, then clambered down to the orchards and vineyards where purple grapes grew thick as coral. I walked the hills, the buzzing meadows of thyme and lilac, and set my footprints across the yellow beaches. I searched out every cove and grotto, found the gentle bays, the harbor safe for ships. I heard the wolves howl, and the frogs cry from their mud. I stroked the glossy brown scorpions who braved me with their tails. Their poison was barely a pinch. I was drunk, as the wine and nectar in my father’s halls had never made me. No wonder I have been so slow, I thought. AAll this while, I have been a weaver without wool, a ship without the sea. Yet now look where I sail. — Madeline Miller