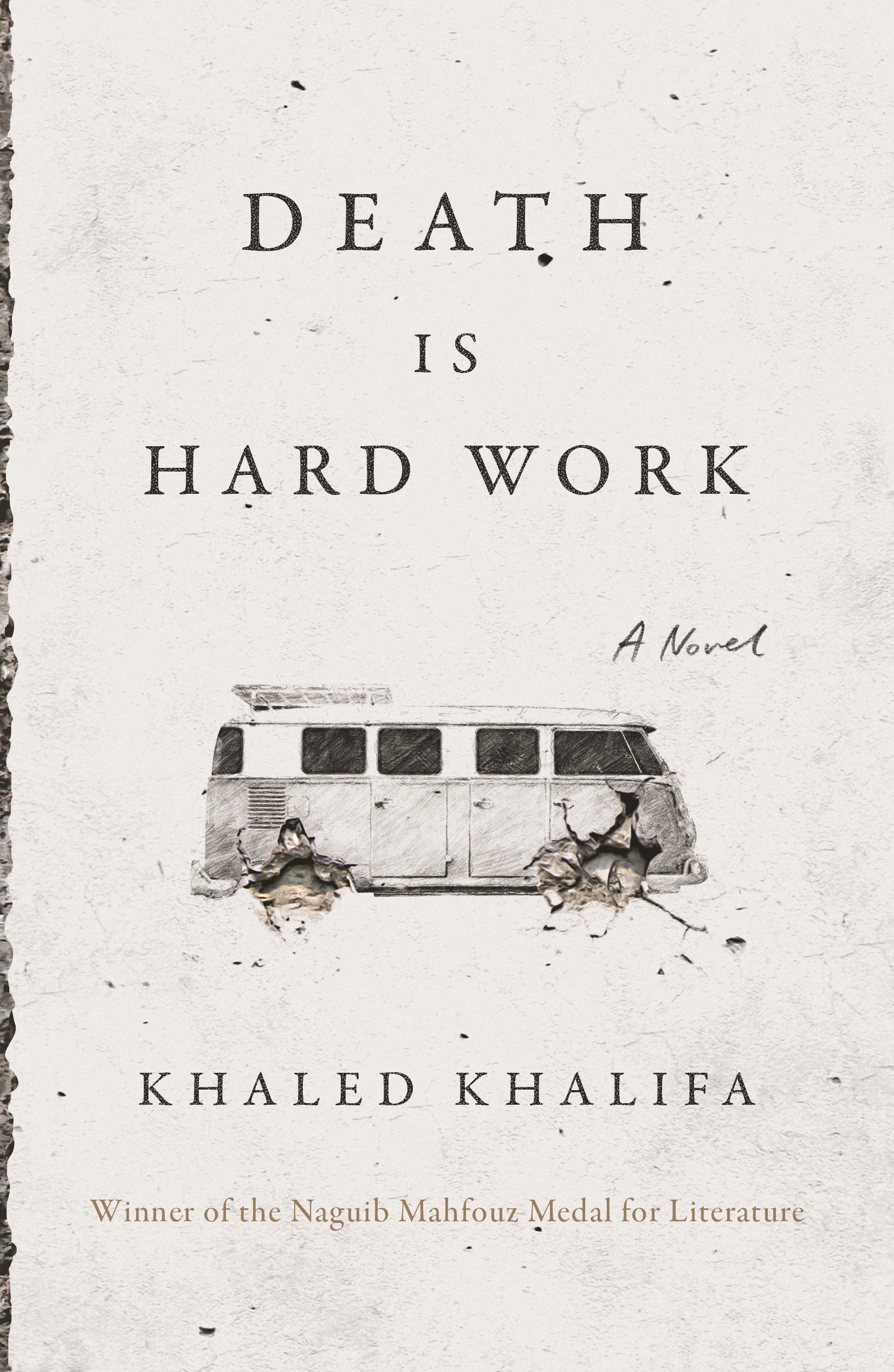 This family story (192 pages) was published in February of 2019 by Farrar, Straus and Giroux. The book takes you to contemporary Syria. Melissa read Death Is Hard Work and loved it; it wouldn't be on our site if she didn't recommend it.

The dying wish of elderly Syrian Abdel Latif is to be buried in his ancestral village. So his two sons and daughter pack themselves — along with their father’s body — into a minivan for the fateful road trip from Damascus to his hometown of Anabiya.

Siblings Bolbol, Hussein, and Fatima have grown apart, as adults sometimes do — and as the story unfolds, we learn that Abdel was not an ideal father. Hussein was his obvious favorite. Fatima has retreated into her own world, and Bolbol still seethes with resentment under the surface. Now, the three are trapped together in a web of obligation, commitment, and the stifling confines of their vehicle.

Aside from the obvious discomfort of sharing the backseat with a corpse, there’s another problem: It’s 2013, and Syria is a war zone. As the family endures checkpoints, bombings, and life-threatening stoppages on the open road, they reminisce about their lives and wonder if it’s possible to narrow the gaps between them to reclaim their sense of family.

Wistful, poetic, frequently sweet, and sometimes painfully bleak, this short novel places us right in the middle of the Syrian conflict. We feel the impact of the shells, the pinpoint focus of fear, and the poignancy of knowing that the time for choices and chances may be winding down.

Author Khaled Khalifa writes this story with tender prose that’s affecting in its attention to intimate detail. Born in 1964 in Aleppo — near his protagonist’s hometown — Khalifa is one of Syria’s best-known writers. His 2006 novel In Praise of Hatred was banned by the Syrian government, and two years later, it was a finalist for the International Prize for Arabic Fiction.

When Bolbol met up with his father for the penultimate time, he saw that Abdel Latif was no longer an old man filled with bitterness and loss, just waiting to die; he was an active man whose telephone rang at all hours, who had high hopes of living to see the regime fall, and breathing in the freedom for which he had waited for so long. — Khaled Khalifa