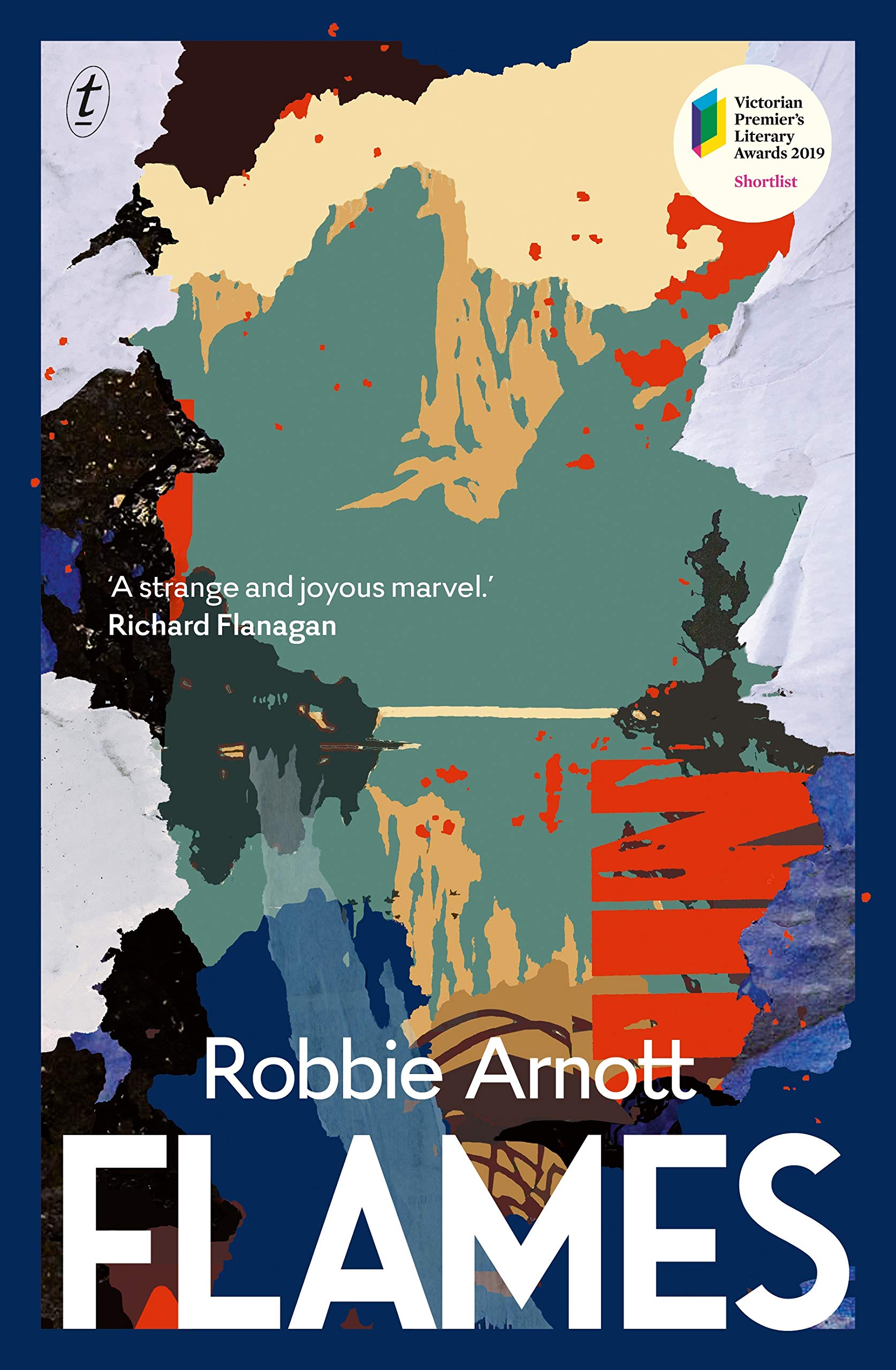 This magical realism roadtrip (256 pages) was published in July of 2019 by Text Publishing. The book takes you to modern Tasmania. Melissa read Flames and loved it; it wouldn't be on our site if she didn't recommend it.

Pack a duffel and hop in the car. You’re about to embark on a magical realism road trip around the island of Tasmania. There will be ghosts and wombats, stunning landscapes, and challenging conversations along the way. Buckle up.

The story’s outline is deceptively simple: After her mother’s death and the subsequent crumbling of her family, 23-year-old Charlotte sets out on a journey around Tasmania. Mostly to escape her older brother Levi, but also, maybe, unintentionally, to find herself.

She visits beaches and a wombat farm and the snowy peaks of Cradle Mountain, and so many other places in nature, you could use this novel as a tour guide to scenic spots to visit in Tasmania.

But forget everything you think you know about road trip novels, coming-of-age stories, and epistolary narratives.

The narrative opens with Levi recounting the reincarnation of their recently cremated mother as a fern and explains, ‘This kind of thing wasn’t uncommon in our family. Our grandmother had reappeared a few days after her ashes were scattered into the north-facing strait at Hawley Beach… Our great-aunt Margaret had also returned, not long after her ashes had been poured over the family farm down at Bothwell. When she’d wandered back into her living room… an ornate crown of bluegum branches burst from her head and the furred tail of a Bennett’s wallaby flopped out from beneath her dress.’

In subsequent chapters, the story is told through an exchange of letters between Levi and a salty coffin-maker and the records of a hard-boiled female detective. There’s a personification of fire, a river rat who may or may not be a god, and a tender, life-changing friendship between a fisherman and a seal.

There are also gorgeous, vivid descriptions of scenery and weather — all of which make the setting come to life as a character but are also a metaphor for the emotions of the characters. This would be far too heady and literary were it not so readable and engaging; author Robbie Arnott is a magician of the highest order.

As siblings Charlotte and Levi travel their separate paths, they meet quirky, dimensional characters and find a way through their grief to better versions of themselves — and ultimately, back to their family.

Charlotte begins her offer: she will pay, she will work, she will scrub decks, she will clean fish, she will de-cling barnacles and limpets, she will hoist sails and shimmy down masts, if this boat will take her to Melaleuca. The grey man lifts a hand to say something, but Charlotte won’t be stopped. She will lasso albatrosses. She will harpoon whales. She will re-paint the yacht whatever colour he likes. She goes on and on and her breathing becomes a ragged, shallow tide… — Robbie Arnott