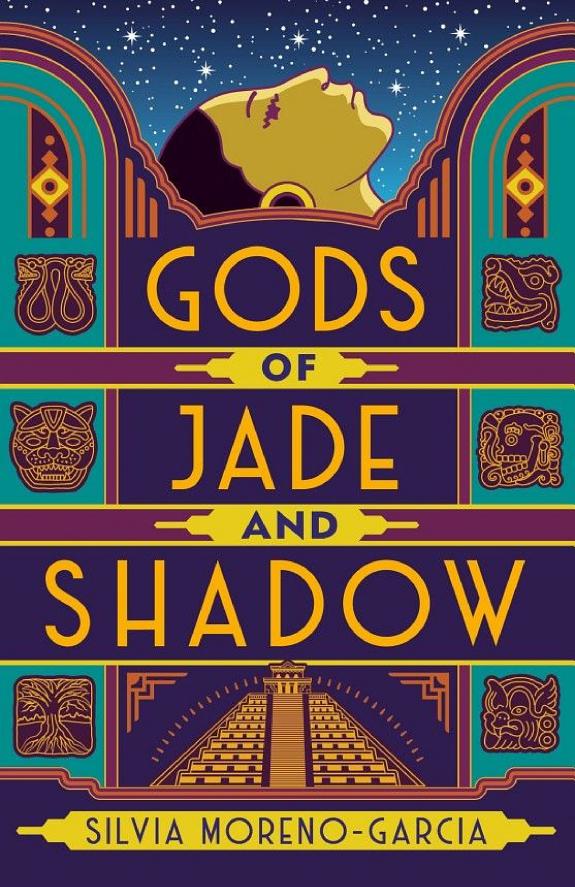 This historical fantasy (352 pages) was published in July of 2019 by Del Rey. The book takes you to 1920s Mexico. Melissa read Gods of Jade and Shadow and loved it; it wouldn't be on our site if she didn't recommend it.

Gods of Jade and Shadow

What would you do if your daydreams suddenly came true, but not at all in the way you imagined? That’s just what happens to our heroine — 18-year-old Casiopea Tun — when the Mayan god of death appears to her unexpectedly and, in exchange for a favor, promises her everything her heart desires.

Intelligent, scrappy, and courageous, poor Casiopea is also put upon. When her story begins, she’s a cosmic cousin to Jane Eyre or Cinderella, doomed to fetch, carry, and clean for her domineering grandfather. Meanwhile, her useless, weaselly, fawning older cousin Martin subjects her to daily abuse and waits to inherit the family estate.

Casiopea, named by her parents for the constellation, is regularly reminded of her subordinate place in the world. But she dreams of escaping the dusty drudgery of her hometown of Uukumil: ‘It was 1927, but it might as well have been 1807. The revolution passed through it, yet it remained what it had been.’ She yearns to see the sparkling Pacific, to dance to jazz music, and to drive an automobile with the wind in her hair.

One afternoon, left at home alone as punishment while the rest of the household enjoys a family outing, she accidentally awakens the spirit of Hun-Kamé, the Mayan god of death. Before she quite understands what’s happening, she’s agreed to help him on his quest to reclaim his throne from his villainous brother.

Their Jazz Age odyssey takes them from the jungles of the Yucatán Peninsula to the city of Merída, and then on to Veracruz, Mexico City, Tijuana, the beaches of Baja California, and finally, into the gloom of the Mayan underworld. Although Casiopea does eventually cool her heels in the Pacific Ocean, her dreams don’t come true in the way she expected. And this perilous undertaking not only has consequences for her — it could doom or save the entire world.

The story blends historical fiction and Mayan mythology, and the action is almost nonstop. There are mystical rituals, blood sacrifice, ravenous ghosts, and a terrifying walk on the Black Road (which is even more ominous than it sounds). But the soul of the story is the relationship that evolves between the young girl and the timeless god. As she puts her bravery to the test, and he experiences humanity for the first time, they finally become the people they were meant to be.

Somewhere, far from the bothersome grandfather and impertinent coterie of relatives, there would be sleek automobiles (she wished to drive one), daring pretty dresses (which she’d spotted in newspapers), dances (the faster, the better), and a view of the Pacific sea at night (she knew it courtesy of a stolen postcard). She had cut out photos of all these items and placed them under her pillow, and when she dreamed, she dreamed of night swimming, of dresses with sequins, and of a clear, starlit sky. — Silvia Moreno-Garcia

Every Friday, we share our favorite book- and travel-related links. This week, we've got the Phyrne Fisher movie, mid-century Gothic novels, Miss Havisham, Indian root bridges, the downside of solo travel, and more.