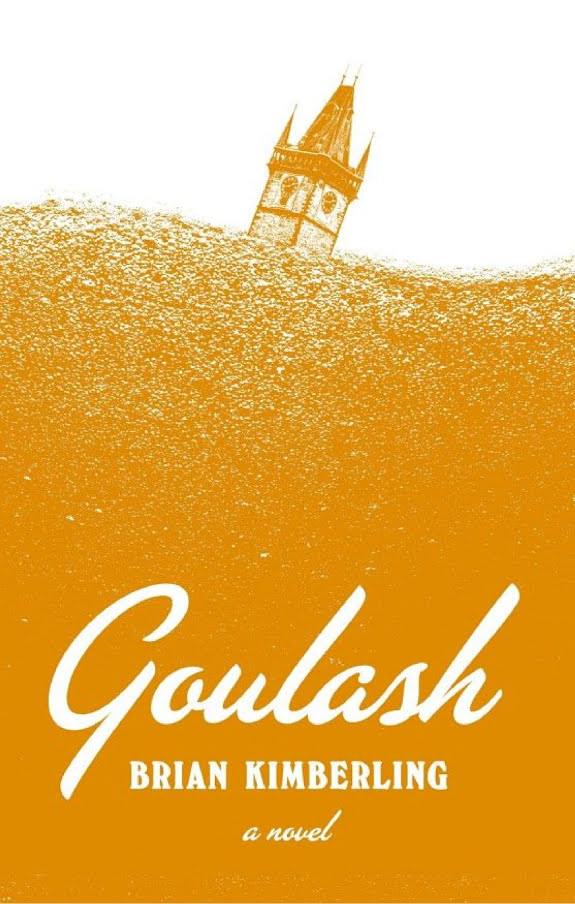 This first-person novel (224 pages) was published in February of 2019 by Pantheon. The book takes you to 1990s Prague. Melissa read Goulash and loved it; it wouldn't be on our site if she didn't recommend it.

This engaging novel reads like a memoir. It’s a series of threaded vignettes that illuminate snapshots of the city of Prague at a dynamic time: 1998, about a decade after the fall of Communism.

Our would-be hero Elliott is from the midwestern United States. He wants more than the ‘megachurches and personal injury lawyers and five square meters of television screen per household’ of his hometown in Indiana. So he takes off to Prague with a plan to teach English.

As you might expect, he soon finds himself amid a somewhat motley crew of Czechs. There’s the opinionated experimental artist who steals Elliott’s shoes, a tobacco company bigwig, and Elliott’s students, whom he meets in pubs to teach them American slang while they indoctrinate him with their darkly comic, authentically Czech perspectives on the world. There’s also Amanda, the British girl who’s as sharp and self-possessed as she is beautiful.

Although there are definitely boy-meets-girl elements to this tale, it’s really a story about falling in love with Prague. Elliott and Amanda explore the city, discovering its aching beauty, hidden courtyards, cobblestone alleys, and secret cafes — simultaneously inside and outside the city, as only expats can be.

Their temporary connections to each other, to Prague, to the present moment are a poignant contrast to the permanence of Prague, the feeling that the city will continue long after all of these flawed humans move on to other follies.

‘Pasts matter,’ I said, ‘because they make us who we are.’