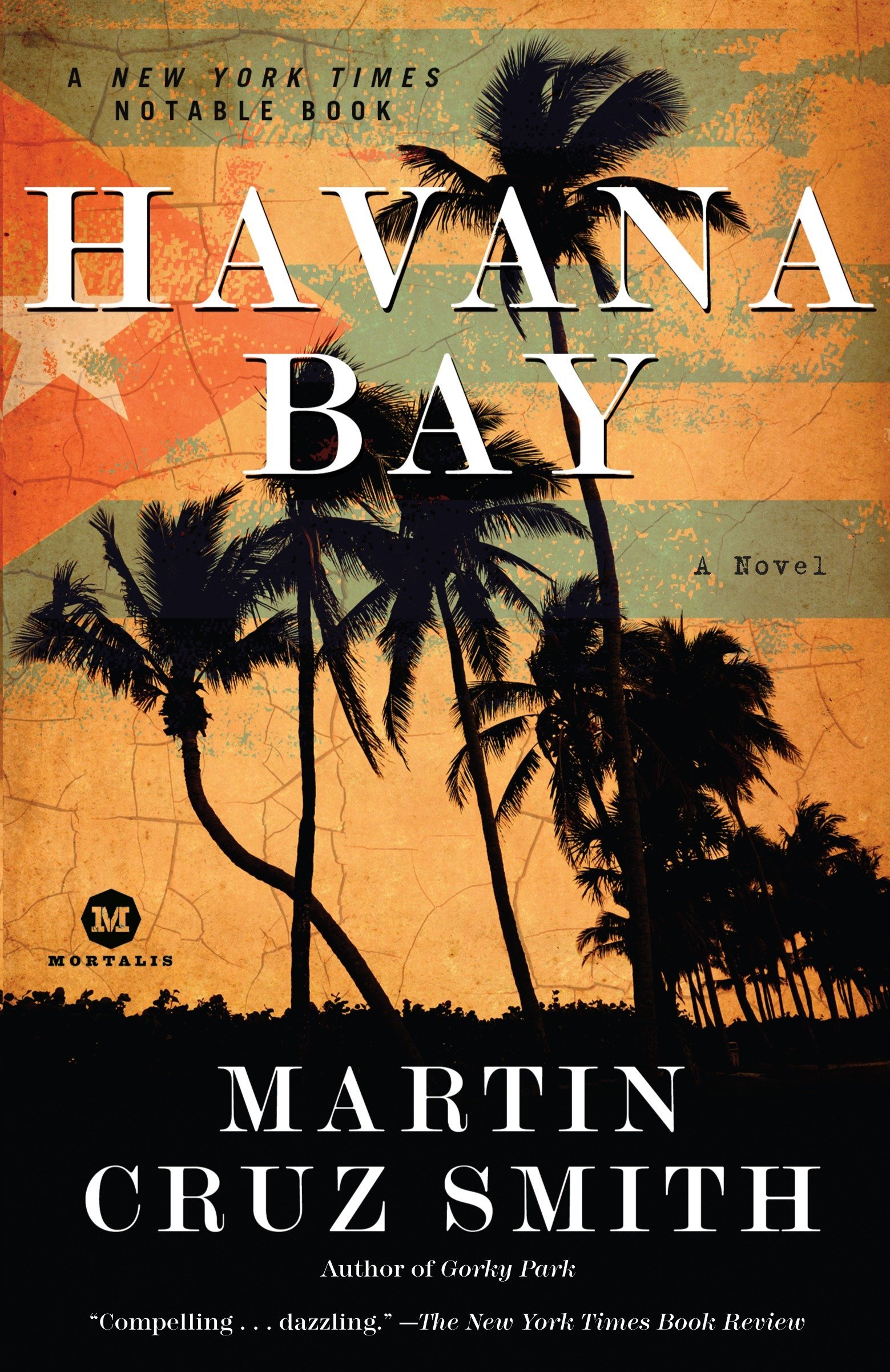 This atmospheric thriller (368 pages) was published in May of 1999 by Random House. The book takes you to 1990s Cuba. Melissa read Havana Bay and loved it; it wouldn't be on our site if she didn't recommend it.

A former Inspector for the Moscow Militsiya, Arkady Renko really has no business being in Cuba. He’s too warm in his cashmere coat, and his heart is deeply scarred from a recent tragedy. But he’s been summoned. And the body that’s pulled from Havana Bay brings more trouble that even the world-weary Arkady expected.

It’s the so-called Special Period in 1990s Cuba, a time of bitter tension between the island nation and its former benefactor, the USSR. The bust-up of the Soviet Union has meant food shortages and blackouts in Havana and beyond. There is no love lost between everyday Cubans, their former Russian brethren, and the local police. Distrust and suspicions abound.

The body — or what’s left of it — fished out of the oily water of the Bay is impossible to identify. It’s water-logged beyond recognition, although the assumption is that the victim is a former Russian comrade. When two more murders follow quickly after, Arkady decides to overstay his welcome in Havana to investigate exactly what is going on in this former tropical paradise.

As the detective lurks in places where he’s not welcome, he’s also slowly seduced by the sultry rhythms of Havana: the life-affirming music and food, the sinister allure of Santeria, the sea breeze that feels like a promise, and an irresistible woman who may be his match in courage and integrity.

This is a taut police procedural with elements of a spy thriller: Everyone, it seems, is keeping secrets. And it’s unclear who’s loyal to Moscow, who’s loyal to Castro, and who’s merely trying to live to see another day.

A police boat directed a light toward tar-covered pilings and water, turning a black scene white. Havana was visible across the bay, except for a single line of lamps along the seawall. Stars rode high, anchor lights rode low, otherwise the harbor was a still pool in the night. Soda cans, crab pots, fishing floats, mattresses, Styrofoam bearded with algae shifted as an investigation team of the Policía Nacional de la Revolucíon took flash shots… ‘It’s very simple. You see the body, identify the body, then go home.’ — Martin Cruz Smith