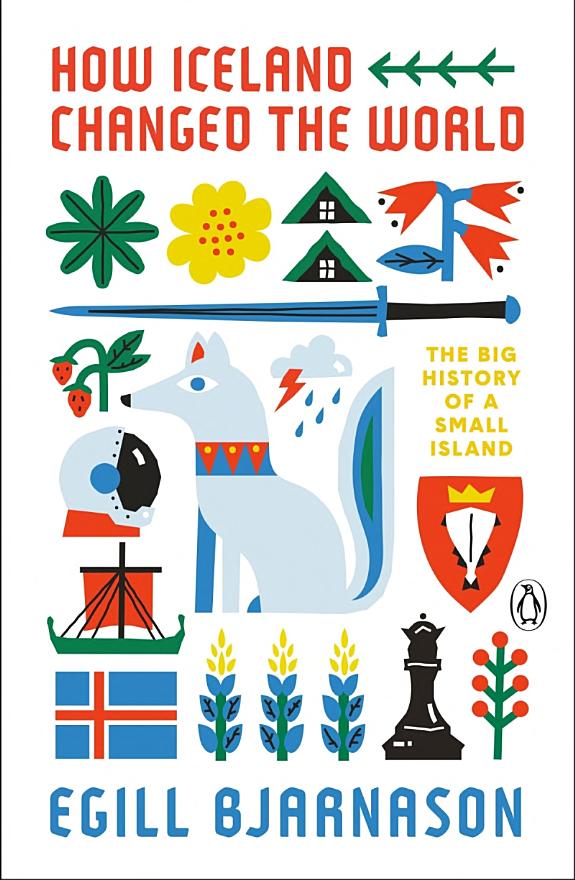 This mashup of history and travelogue (288 pages) was published in May of 2021 by Penguin. The book takes you to Iceland. David read How Iceland Changed the World and loved it; it wouldn't be on our site if he didn't recommend it.

How Iceland Changed the World

The Big History of a Small Island

This charming, well-told history of Iceland is a fun romp through major events — the French Revolution, the Moon Landing, the founding of Israel — that shows how this small, dynamic island in the North Atlantic may have sparked them all.

Author Egill Bjarnason is everything you could want in a history teacher: He’s well-informed, funny, and has a gift for detail. Exhibit A: ‘For the first nine hundred years of Selfoss’s settlement, the area saw few travelers because crossing the river on horseback or rowboat was a life-threatening endeavor and, let’s be honest, not worth it.’

The sense of place in this short-ish book is strong. With his stories and insights, Bjarnason paints a picture of old Iceland as a challenging place to live: in the dark and the wind, on a rock where sometimes volcanoes erupt with global consequences. But he also vividly demonstrates that Iceland is a country with a small-town vibe, an outdoorsy place that somehow became progressive in its politics.

Along the path to understanding Icelandic history, you’ll meet a medieval scholar who loved being an Icelander but hated Iceland (and eventually found himself conducting the country’s first census). There’s a dryly humorous recount of the British invasion during WWII, tales of American GIs romancing Icelandic women, and the story of how a 1915 decision to issue fishing licenses led to the dramatic financial collapse in 2008.

Although these stories feel a bit like tall tales, they’re all true — and it’s a treat.

The meeting was held at Höfði House, a large, somewhat grim-looking white house built in 1909 for the French consul and later used for the British consulate. It is also, incidentally, very haunted. Memoirs of an early occupant report the presence of the ghost of a young drowning victim. A British envoy who lived there in the 1950s was so shaken by the ghost that he insisted the British consulate be moved; he even applied for special permission from the foreign office to do so. Today the Icelandic Foreign Ministry’s official line states, ‘We do not confirm or deny that the Höfði has a ghost.’ — Egill Bjarnason