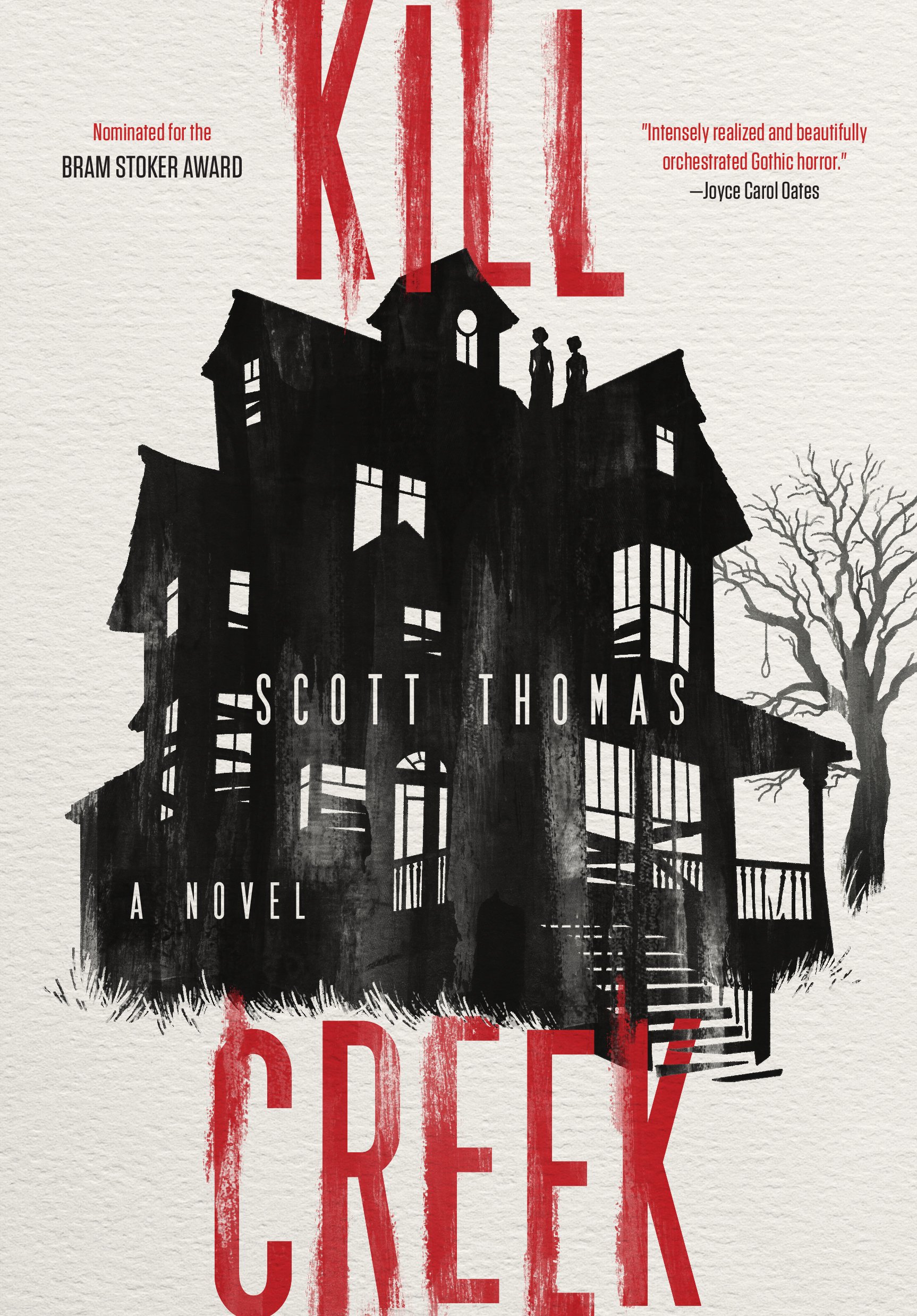 This ghost story (432 pages) was published in October of 2017 by Inkshares. The book takes you to a haunted mansion in Kansas. Melissa read Kill Creek and loved it; it wouldn't be on our site if she didn't recommend it.

This thrill-ride of a novel is the literary equivalent of a slasher movie, and it will make all of your Halloween-inspired, haunted-house dream-nightmares come true.

The premise is irresistible for readers who like to be scared: Four renowned horror novelists are invited to spend Halloween night in an infamous haunted house in Kansas. The abandoned mansion is Called Finch House, the abandoned mansion has an extremely creepy and storied history. Without giving any of the delicious details away: there are malicious twins, a sinister tree, and potentially sentient vines involved.

The gathering of the authors is a publicity stunt arranged by an internet guru more interested in views and likes than human decency. As we get to know the authors and their works, it becomes evident that they are all hiding dark secrets and wrestling personal demons.

Bucking the expected outcome of a horror story, they all survive that Halloween night in the house.

The next morning, they bid each other farewell and go their separate ways. But that’s not the end of the story; it’s only the beginning.

Author Scott Thomas has written scripts for Netflix, Syfy, and MTV, and was nominated for an Emmy; it shows. He gets all the horror tropes just right, paying homage to classic beats while also putting his own spin on the proceedings. The prose is cinematic, with a slowly increasing level of dread and gore. You’ll be sucked into caring about the characters, then find yourself desperately worried about what may befall them.

It hits both ends of the spectrum from ‘tingles up the back of the neck’ to ‘don’t read it at night,’ with an ending that’s wildly satisfying and disturbingly chilling. We’re not the only ones who loved it: Kill Creek was nominated for a Bram Stoker Award in 2017 and was selected by the American Library Association as the top horror book the same year.

No house is born bad. Most are thought of fondly, even lovingly. In the beginning, the house on Kill Creek was no exception. The house was made from nothing more fantastic than wood and nails, mortar and stone. It was not built on unholy ground. It was not home to a witch or a warlock. In 1859, a solitary man constructed it with his own two hands and the occasional help from friends in the nearby settlement of Lawrence, Kansas. — Scott Thomas