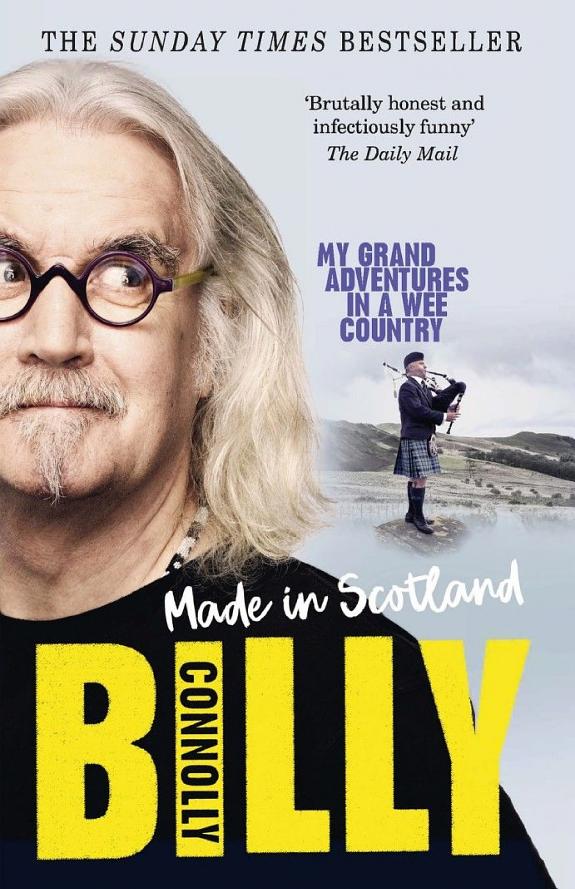 This charming memoir (288 pages) was published in October of 2018 by BBC Books. The book takes you to scotland. David read Made In Scotland and loved it; it wouldn't be on our site if he didn't recommend it.

My Grand Adventures in a Wee Country

Billy Connolly is an actor, comedian, musician, and proud Glaswegian. In this very personal and moving memoir, he reflects on his life and what it means to him to be Scottish.

Billy grew up in the tenements of post-war Glasgow and started his career working in the shipyards: ‘I am very proud to be working class, and especially a working-class Glaswegian who has worked in the shipyards.’

Equal parts travelogue and memoir, this book transports you to Billy’s Scotland: the northern Highlands, the urban Lowlands, and the clubs where he honed first his musical chops and, later, his comedic timing.

Though he’s performed all over the world — and was knighted in Buckingham Palace by Prince William in 2017 — the stories told here are about the essential stuff: love and sex, friends and family, the poetry of swearing. All recounted with humor, insight, and a refreshing vulnerability that counters the toughness required by being a Scotsman and Glaswegian. (He translates the national motto as, roughly, ‘By all means punch me in the nose but prepare yourself for a kick in the arse.’)

After my knighthood was announced, a woman from the BBC came to Glasgow to interview me. We sat down in a lovely hotel in a nice part of town, and she hit me with her first question: ‘This must mean a lot to you, with you coming from nothing?’

I looked at her, and I laughed.

‘I did’nae come from nothing,’ I told her. ‘I come from something.’ … The early years of my life were spent in grinding poverty… but it wasn’t nothing. It was something — something very important. — Billy Connolly