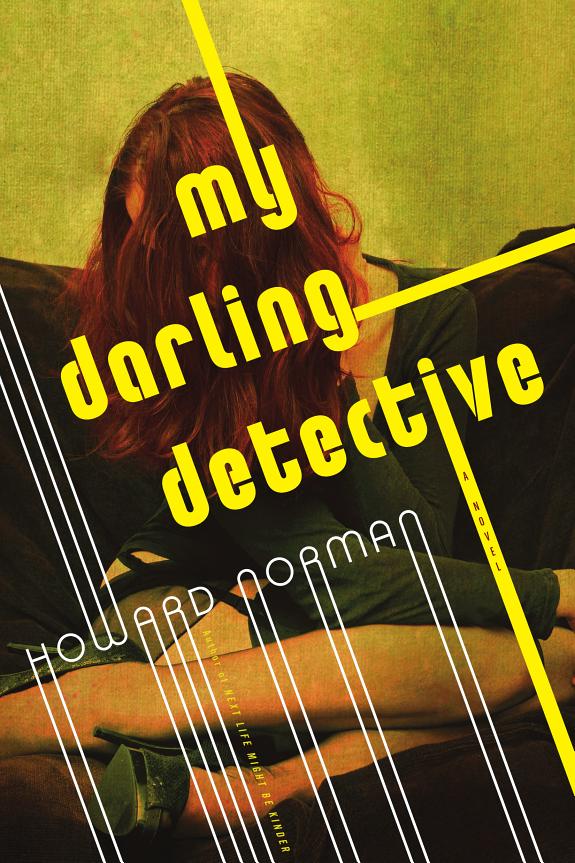 This literary mystery (256 pages) was published in March of 2017 by Houghton Mifflin Harcourt. The book takes you to Halifax, Nova Scotia. Melissa read My Darling Detective and loved it; it wouldn't be on our site if she didn't recommend it.

This charming novel is an homage to noir detective stories and sparkling 1930s banter with elements of dramedy, historical fiction, love story, and procedural mystery.

The story opens with a bang — or, more accurately, a splat.

It’s 1977 in Halifax, Nova Scotia. A world-famous photograph is being auctioned off in a hotel ballroom. Just as the bidding starts, a woman flings a jar of ink at the photo. And after her subsequent arrest, we learn three important facts:

(1) Until a recent breakdown, she was the head librarian at the Halifax Free Library; now, she resides at the Nova Scotia Rest Hospital.

(2) Her son Jacob earns his keep acquiring landmark photos for a wealthy maven, and his mother’s outburst has put his employment in jeopardy.

(3) The detective assigned to investigate the ink-flinging incident is Jacob’s fiancée Martha, the darling detective of the title.

While Jacob tries to redeem himself with his employer, Martha is on a quest to understand what drove his mom to deface the photo. There’s also a parallel investigation into a cold case from 1945: an anti-Semitic police officer may have murdered two Jewish citizens. That case has a mysterious connection to Jacob’s mom, too.

Although Jacob and Martha soon unearth some pretty dark family secrets, the book’s tone is a bit like a classic screwball comedy film with snappy dialogue, surprising revelations, and endearing side characters. It’s a pleasure to spend time among these people, even when they’re giving each other hard-to-hear advice.

You’ll also pick up fascinating detail about real-life photographers. The target of the ink-splattering incident is the famous photo Death on a Leipzig Balcony by Robert Capa, the best combat photographer in history. Jacob also goes on the hunt at auctions for photographs by August Salzmann, who famously shot archaeological expeditions in Jerusalem in the 1860s, and Eugene Courret, who’s celebrated for taking some of the earliest photos of Tahiti.

Author Howard Norman spent 16 years in Canada, setting most of his books in the Maritime Provinces. The real-life locations he weaves into the story give the characters and settings a lived-in feeling. Dare you to not want to spend an afternoon sipping a coffee at the nearby Wired Monk Bistro or browsing the stacks at the Halifax Free Library.

The auction was held at 5 p.m. in the street-level drawing room of the Lord Nelson Hotel, here in Halifax. ‘Death on a Leipzig Balcony’ by Robert Capa was the first item on the docket. The auctioneer had just said, ‘… taken on April 18, 1945,’ when my mother, Nora Ives — married name, Nora Ives Rigolet — walked almost casually up the center aisle and flung an open jar of black ink at the photograph. I heard, ‘No, it can’t be you!’ But it was my own voice, already trying to refute the incident. My mother was tackled to the floor by the auctioneer’s assistant. An octopus of ink sent tentacles down the glass. My mother was lifted roughly to her feet by two security guards and escorted from the room. And here I thought she was safely tucked away in Nova Scotia Rest Hospital, across the harbor in Dartmouth, room 340. — Howard Norman