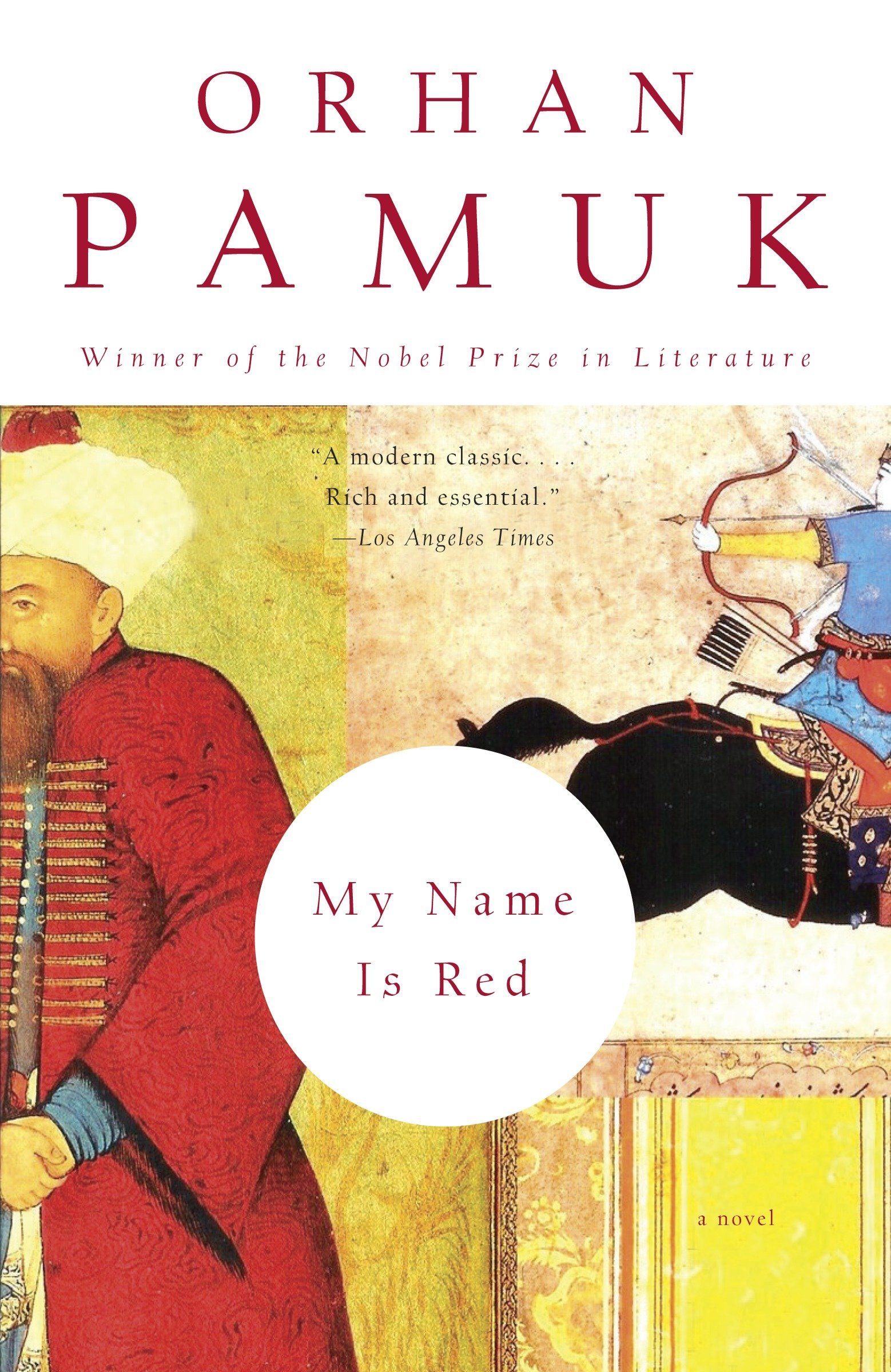 This literary historical mystery (432 pages) was published in August of 2002 by Vintage. The book takes you to Ottoman-era Istanbul. David read My Name Is Red and loved it; it wouldn't be on our site if he didn't recommend it.

My Name Is Red

It is only kind of accurate to describe this stunning novel as a ‘murder mystery set in Istanbul in the 1590s,’ but that’s the easiest way to jump into this lovely literary fray.

There is a dead man. And he’s been murdered. In fact, he introduces himself in a spectacular piece of writing that opens the book.

There’s also a hero; his name is Black. He’s returned to Istanbul from travels abroad, just in time to figure out who killed one of his mentors.

There are complications, rich relationships, clues, and many motives. The mystery is a bit noir-ish — Black might be the last good man in a tough town.

But, like other rich, read-it-multiple-times literature, the murder mystery is here mainly to talk about other things, like art and religion, love and violence.

Though the book has a solid narrative structure — there is a traditional arc — it plays fast and loose with our notions of character. Each chapter of the story is told by a different narrator, and not all of them are human. So we hear from an illustration of a dog, and Death takes a turn. We hear from Black and, as the title suggests, the dead Red.

What begins as a bit of a novelty — this leaping among narrators — leads to fantastic places, as in the chapter that starts with us in the mind of a character about to commit murder. Midway, the perspective shifts to the POV of the victim. Author Orphan Pamuk isn’t doing that just for drama — although it’s an effective dramatic trick. He wants to explore what it might be like to be murdered. A romance is treated with a similar sense of curiosity, so we see the course of love from both sides: We learn what each of the lovers is attracted to, what they hope for, and why they stay.

And then there’s the art. The reason for all these characters and their perspectives? The Sultan has secretly commissioned a great book to be created in his honor, to celebrate his life and empire. It will be illustrated by the finest artists in the new, modern style. That last bit, the embrace of the new, raises all manner of questions about the meaning of art and artists.

This story weaves fantasy, philosophical musing, and a compelling mystery to transport you to the 16th-century Ottoman Empire. It’s a rewarding trip with unusual characters as your guides.

Behold! I am a twenty-two-carat Ottoman Sultani gold coin and I bear the glorious insignia of His Excellency Our Sultan, Refuge of the World. Here, in the middle of the night in this fine coffeehouse overcome with funereal melancholy, Stork, one of Our Sultan’s great masters, has just finished drawing my picture, though he hasn’t yet been able to embellish me with gold wash — I’ll leave that to your imagination. My image is here before you, yet I myself can be found in the money purse of your dear brother, Stork, that illustrious miniaturist. He’s rising now, removing me from his purse and showing me off to each of you. Hello, hello, greetings to all the master artists and assorted guests. Your eyes widen as you behold my glimmer, you thrill as I shimmer in the light of the oil lamp, and finally, you bristle with envy at my owner, Master Stork. You’re justified in behaving so, for there’s no better measure of an illustrator’s talent than I. — Orhan Pamuk

7 Great Books Set in Turkey That We Love

Take a virtual trip to Turkey with these unputdownable books, including an Ottoman-era murder mystery, a moving autobio graphic novel, two Istanbul-set thrillers, a WWII espionage novel, and a sweeping adventure tale.

On our show, we tell you about books we love. But some stories are so powerful, we want to put them into every reader's hands so they can experience the magic, too. Here are the books that made that impact on Dave.