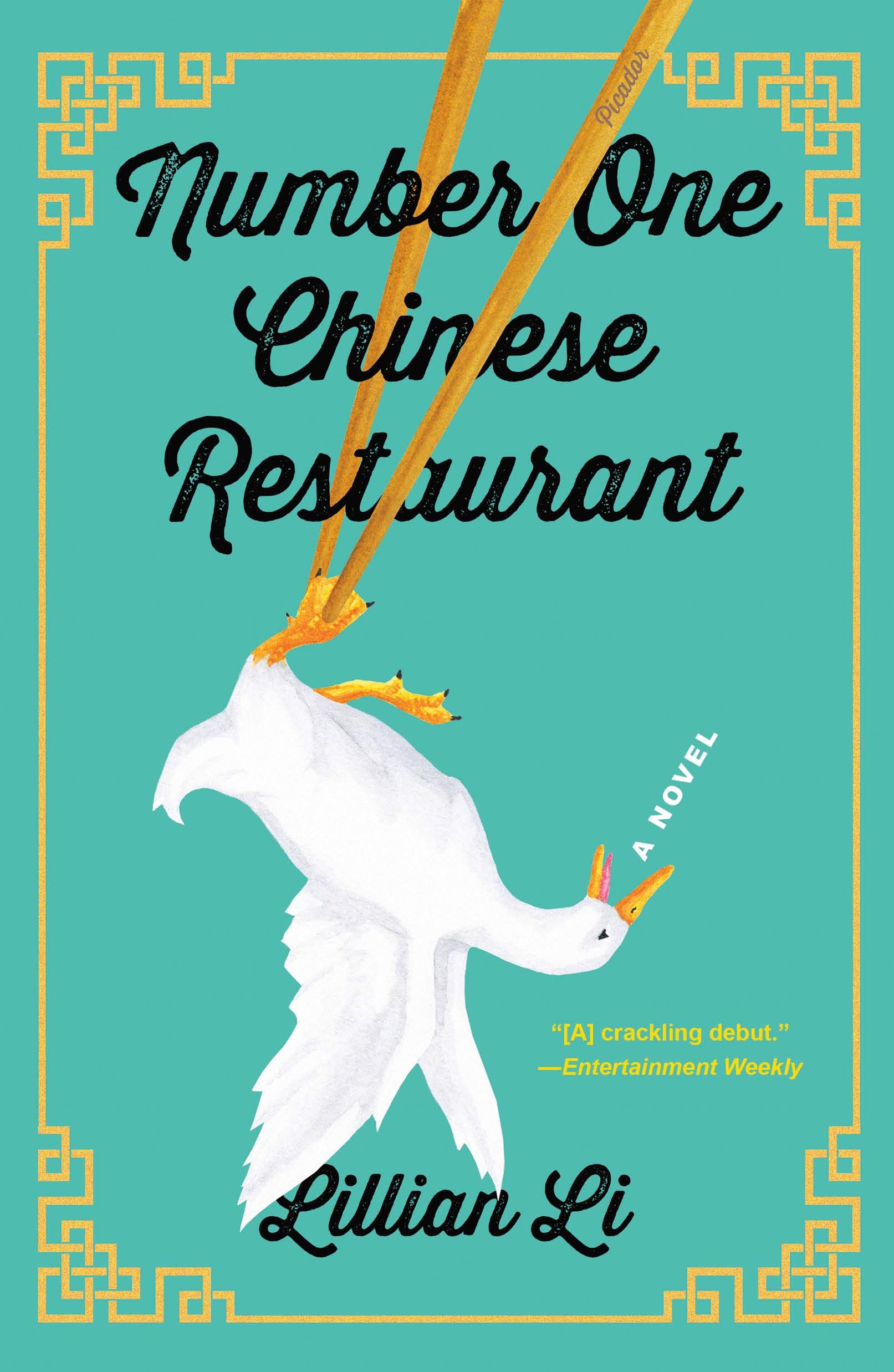 This family story (304 pages) was published in June of 2018 by Henry Holt and Company. The book takes you to an old-school Chinese restaurant in Maryland. Melissa read Number One Chinese Restaurant and loved it; it wouldn't be on our site if she didn't recommend it.

Nothing has changed at the family-owned Beijing Duck restaurant for decades, including the menu (fried rice and Peking duck precisely cut into 28 slices) and the borderline-tacky decor of red upholstered chairs, floral carpet, and tasseled lamps.

Owner Jimmy Han is eager to ditch his father’s traditional approach for a more modern, sophisticated restaurant. But his brother and the customers like things just as they are. The situation is complicated by their domineering mother, the long shadow of their deceased father, and a sketchy, almost-gangster known as Uncle Pang.

Made foolishly bold by his ambition, Jimmy strikes a losing deal with Pang. Soon, tensions and grievances come to a boiling point — and the ensuing act of violence has a profound impact on everyone: the Han brothers, their families, and the staff, who’ve worked at the restaurant for decades.

The restaurant staff is its own kind of family with the intimacy born of long-time contact and the friction that results from cherished resentments. There are romances, shifting allegiances, and genuine affection, all played out against the backdrop of the daily grind of serving their loyal customers. The staff interactions — harsh words in the kitchen, quiet confessions in the cooler, wise-cracking at the end of a shift — all sizzle with authenticity.

The plot surges with plenty of action, and the sensory experience of the restaurant is vividly rendered. The dining room is imbued with the ‘smell of mirin, sake, and sesame oil, the holy trinity of fragrance’ and in the kitchen, ‘flames whooshed up to embrace giant woks, each cook casually stir-frying as fire sprang, volcanic, from the deep, blackened burners.’

This darkly funny and moving novel was an NPR Best Book of 2018 and was longlisted for The Women’s Prize and The Center for Fiction’s First Novel Prize.

Word to the wise: Put your favorite Chinese restaurant on speed-dial because you’ll be craving delivery from page one.

The walk-in was the perfect place to propose! They would both cry freezing tears of joy while the frigid temperatures saved their hearts from exploding. Their embrace would keep them warm. He even spotted a bare pallet that made the prospect of getting down on one knee less daunting. — Lillian Li