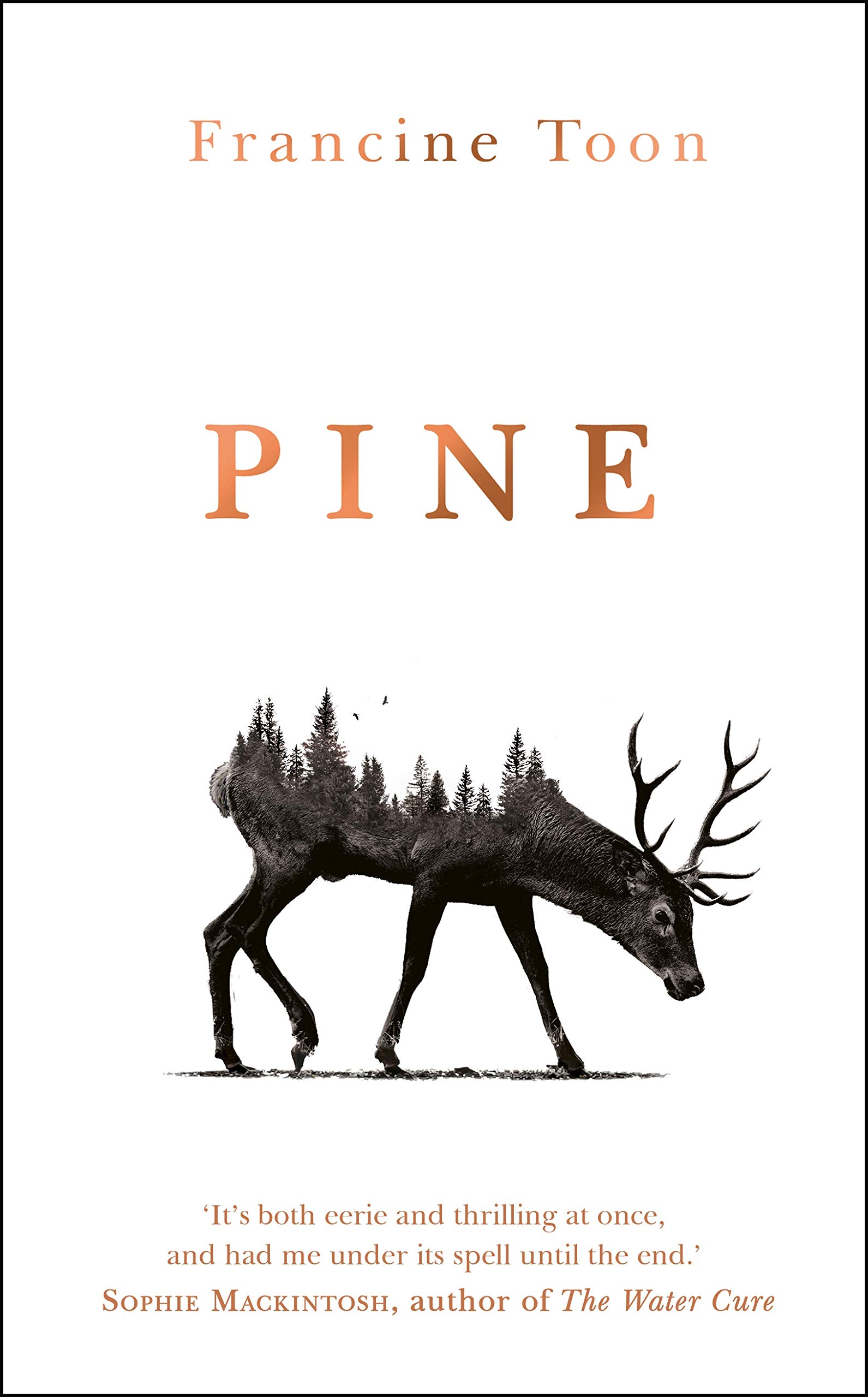 This eerie ghost story (288 pages) was published in January of 2020 by Doubleday. The book takes you to the Scottish Highlands. Melissa read Pine and loved it; it wouldn't be on our site if she didn't recommend it.

Like all the best ghost stories, this fleet-footed, atmospheric tale is mostly melancholy, occasionally bleak, and sometimes triumphant. Set in the Scottish Highlands on Halloween, it explores the ways that people can be haunted by guilt, by fear, by loss — and, maybe, by ghosts.

Our preteen heroine Lauren and her father live in a small village surrounded by pine forest. Lauren’s mother is gone, and the little girl’s life is a tough slog. She’s bullied at school, and her dad has never gotten over her mother’s disappearance. Routinely left in the unofficial care of neighbors for companionship and occasional dinners, she’s almost a ghost in her own life.

On Halloween night, on the drive home after trick-or-treating, Lauren and her father see a mysterious woman in white at the side of the road. Her father picks up the waif-like woman and takes her home: There is something unearthly about the fabric of this woman’s dressing gown and the colour of her hair. Unearthly and yet familiar. In the morning, the woman is gone — and a string of mysterious events follows, including the disappearance of a local girl and repeated sightings of the woman in white.

Lauren is a compelling and sympathetic protagonist. A bit weird in the way we all are, she’s also sensitive and open to accepting the uncanny. There are moments of keenly felt tenderness, like when she smears on her mother’s old lipstick as part of her Halloween costume, or recites incantations from a spellbook and reads tarot cards to try to reconnect with the mother that’s lost to her.

Author Francine Toon has gifted us with a moving and unsettling novel. She quietly, deftly threads traditional Gothic elements into the story — isolated houses and locked doors, ghostly images, unexplained phenomena that could have rational explanations, conversations that are half-started and ominously abandoned, so you hear the ellipsis hanging in the air. Reading it evokes that feeling of glimpsing something — a shadow, a movement — only to have it vanish when you turn to look directly.

The tension and suspense remain at a simmer of dread throughout. When the ending arrives, it’s both very satisfying and a bit sad, because our time in this richly-imagined world has come to an end.

Sometimes another feeling creeps up her spine like fingers. She has seen the looks children give her at school, the way some keep a wide berth. She hears about birthday parties the day after they happen. She can feel the rumours invisible around her in the playground, like text messages travelling from one kid to another. Once someone asked if it was true that her house was haunted. — Francine Toon