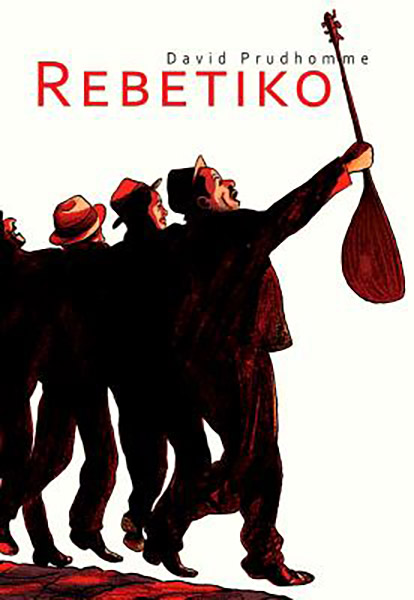 This graphic novel (104 pages) was published in September of 2013 by SelfMadeHero. The book takes you to 1936 Athens, Greece. David read Rebetiko and loved it; it wouldn't be on our site if he didn't recommend it.

If the idea of sitting in a Greek taverna — perhaps sipping on ouzo or Metaxa whilst listening to the lilting twisting melodies of the bouzouki, the infectious rhythms of the finger cymbals — is your idea of a good time, this is the story for you.

And if the idea of ne’er-do-well characters with a predilection for late nights, bitter thoughts, and an ax to grind is appealing, all the better.

Imagine living your entire life in the country you consider your home, to one day find yourself booted out, banished to a foreign country to live out your life in what feels like exile. That’s what happened to 1.5 million Greeks who were ‘denaturalized from their homelands’ — a.k.a., displaced from Turkey in the aftermath of World War I and the fall of the Ottoman Empire.

Now imagine the kind of music you’d make if that was your fate. It might sound something like the rebetiko music that flourished in the less-than-savory but undeniably enticing back alleys of Athens.

This lush graphic novel transports us back to an ordinary (but singular) day in 1936 Athens. Come, join a group of musician friends as they fight and smoke and play their way through the night to greet the sun together the next morning. They might not be the best company, but they are good company, and you’ll be hard-pressed not to be caught up in the allure of their night on the town.

Are there police involved? Oh, yes. Are questionable decisions made? Definitely. Will you be glad to experience the dancing, the conflicts, the bitterness, and the elation of music vicariously? Undoubtedly.

Author and illustrator David Prudhomme won the Best Graphic Novel of 2010 title from Lire Magazine for this compelling story with wildly imperfect but somehow sympathetic characters. The art is graceful and mature; the story is as seductive as the music it represents. 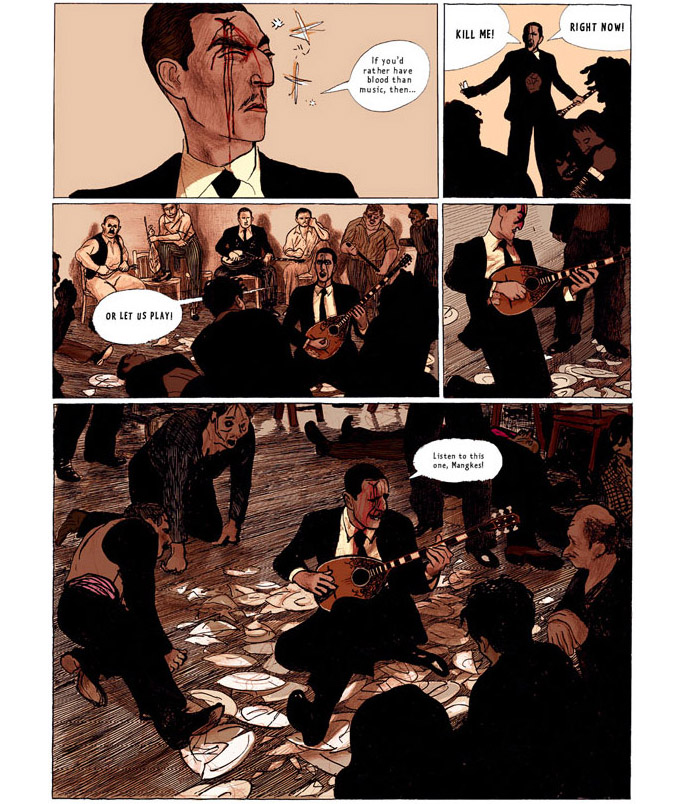 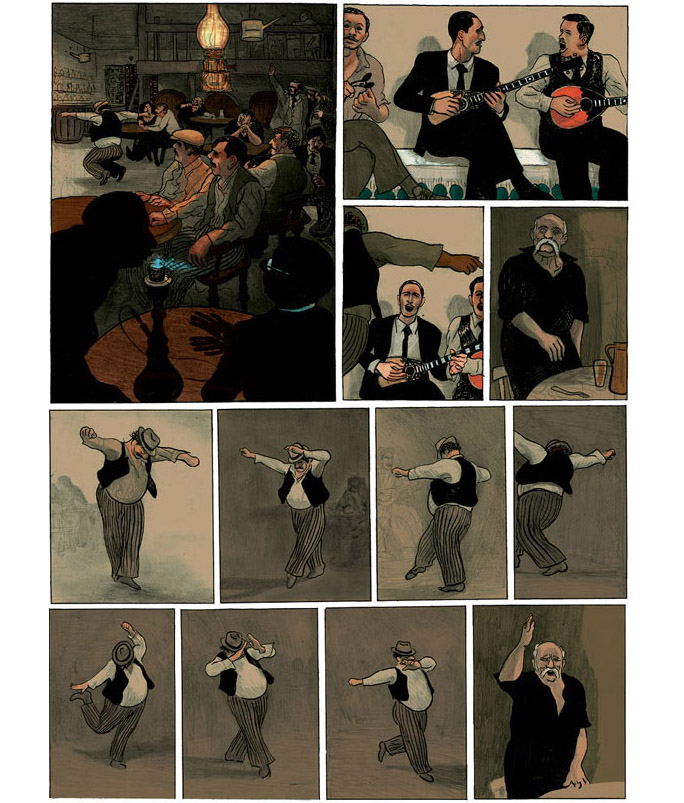 I am not Greek, much less a musician… but since I discovered this music called ‘rebetiko,’ I have been caught up in its world and the free spirit that sustains it. At first I was intrigued by the milieu in which rebetiko developed in the bad neighborhoods, prisons and hash dens, in the ports of Piraeus, Phessaloniki, and Athens. Then I was blown away by the personalities of the musicians… these rough songs, shared by the pariahs in the heart of the slums, turned everything upside down… — David Prudhomme