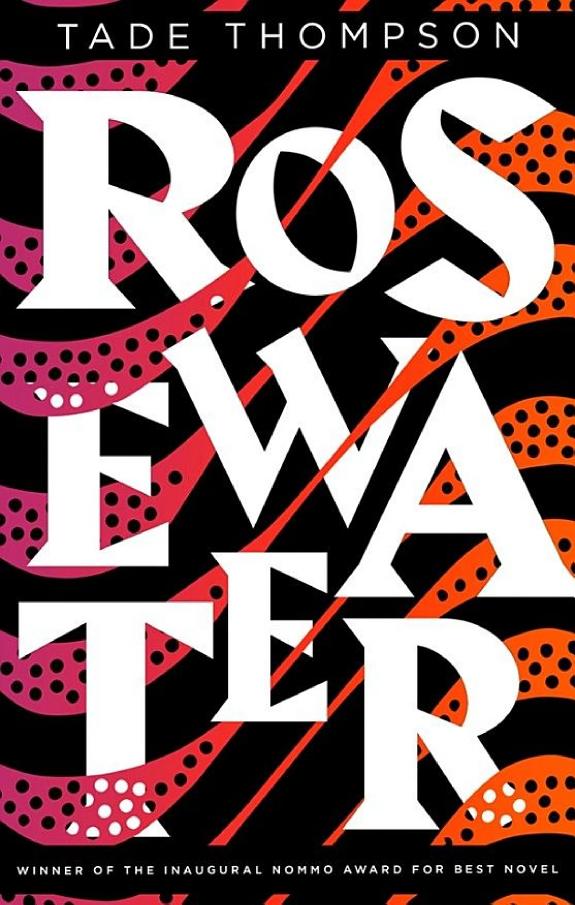 This sci-fi/noir novel (432 pages) was published in September of 2018 by Orbit. The book takes you to near-future Nigeria. David read Rosewater and loved it; it wouldn't be on our site if he didn't recommend it.

This novel – set in Lagos, Nigeria, and the fictional village of Rosewater — is a nifty combination of sci-fi and noir with a powerhouse (anti)hero. Set in the near-future of 2066, it’s a tale of alien invasion. But forget everything you know about alien invasion stories.

These aliens are not little green men; they’re microscopic fungal spores, some of which live in a biodome. It’s a place for healing and hope, so it’s become a refuge for the helpless, a pilgrimage for the faithful — and a source of suspicion for the wary.

At the center of the story is Kaaro, a former criminal and current agent for a secret government organization that takes advantage of his unique ability to see into the minds of others. Kaaro has been inside the biodome, and he didn’t much care for the experience. Now, someone is killing off people like him, and he must defy his orders to get to the truth.

This is a carnival-ride of a book — think Blade Runner meets Afrobeat with a blast of biological apocalypse. Tade Thompson is a gifted storyteller, weaving a narrative that ricochets back-and-forth in time to unravel Kaaro’s past and future. And while we’re entertained by the hijinks and adventure, Thompson is subtly commenting on the trauma of colonization and government interference.

This is the first book in a stunning trilogy. It was the winner of the inaugural Nommo Award for Best Novel and the Arthur C. Clarke award. Fun fact: When Tade Thompson is not creating fantastic new worlds, he’s a psychiatrist caring for emergency-room patients.