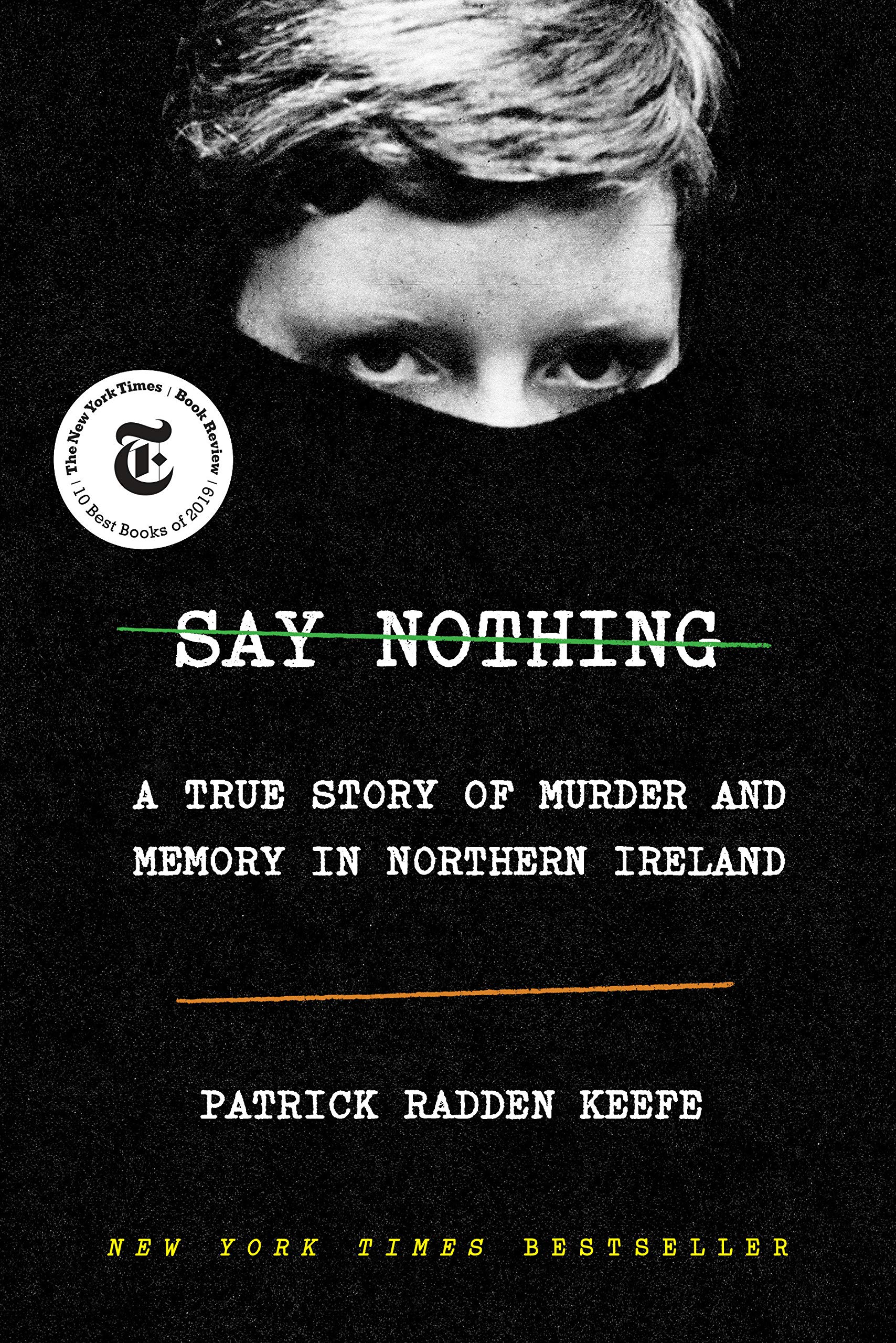 This stunning nonfiction account of The Troubles (464 pages) was published in February of 2019 by Doubleday. The book takes you to 1970s Northern Ireland. David read Say Nothing and loved it; it wouldn't be on our site if he didn't recommend it.

A True Story of Murder and Memory in Northern Ireland

To understand Ireland – beyond its convivial pub life, lilting language, and literary tradition — you need to understand The Troubles. For the thirty years between 1968 and 1998, Belfast was the epicenter of a violent conflict that radiated throughout Northern Ireland, the UK, and across the Atlantic.

At its heart, this is the tale of Jean McConville, a 38-year-old mother of ten, who was dragged from her home in Belfast in 1972. Masked intruders ripped her away from her children, and she was never seen again. Her crime: She was a Protestant who married a Catholic and was suspected of being an informant.

New Yorker staff writer Patrick Radden Keefe transports us directly to 1970s Belfast and does the hard work of telling a larger story by focusing on this one event: who was there, what happened, and why. The story unfolds like a novel with real-life figures as its characters. We follow along as mild mischief-makers evolve into full-blown terrorists (or revolutionaries, depending on your point of view) who keep notes in their diaries about car bombs and kidnappings.

The basis of this gripping story is the recordings known as The Belfast Project, a collection of interviews with the people who lived through — and were the makers of — The Troubles. These resources helped Keefe write a true-to-life murder mystery with significant political interest, centered on a fascinating and dangerous time in history, using never-before-available source material, straight from the people who were involved. It’s a marvel of journalism and storytelling, and it was awarded the 2019 National Book Critics Circle Award for nonfiction.

Much of the Irish landscape is dominated by peat bogs; the anaerobic and acidic conditions in the densely packed earth mean that the past in Ireland can be subject to macabre resurrection. Peat cutters occasionally churn up ancient mandibles, clavicles, or entire cadavers that have been preserved for millennia. The bodies date as far back as the Bronze Age, and often show signs of ritual sacrifice and violent death. These victims, cast out of their communities and buried, have surfaced vividly intact, from their hair to their leathery skin. The poet Seamus Heaney, who harvested peat as a boy on his family’s farm, once described the bogs of Ireland as ‘a landscape that remembered everything that had happened in and to it.’ — Patrick Radden Keefe

Every Friday, we share our favorite book- and travel-related links. This week, we've got an Italian town that treasures personal diaries, AIGA 50 Covers competition, unlikable characters, The Statesider, and more.