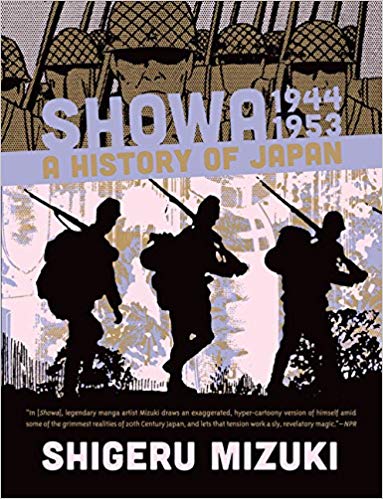 This impactful graphical autobiography (536 pages) was published in November of 2014 by Drawn and Quarterly. The book takes you to WWII Japan. David read Showa 1944-1953 and loved it; it wouldn't be on our site if he didn't recommend it.

A History of Japan

With kinetic black-and-white art and a narrative that’s both sweeping and intimate, this autobiographical manga is a time machine to Japan in the late stages of World War II.

Award-winning author Shigeru Mizuki is one of the most beloved and respected manga artists of all time. But before all of the books and acclaim, he lived through the events described in this historical (and personal) account of Japan’s Showa period. Named for Emperor Hirohito, this era stretches from 1926 to 1989, encompassing the second Sino-Japanese War, the final years of WWII, the Korean War, and the Cold War.

This is the third volume in a four-volume series (no need to read in order), and it covers nine years of Mizuki’s life during which he endures many hardships: fighting in WWII, losing most of his brothers-in-arms, surviving malaria (several times), and so much more.

As we follow along with his larger-than-life experiences, we get an inside look at Japanese culture, particularly the notion of ‘the noble death’ — and just what that means for the living and the dead.

This is a powerful anti-war novel wrapped in the engaging and affecting guise of a graphic novel. It’s insightful, rich in detail, emotionally moving, and intellectually engaging — all without being dour — and it grounds history in the tangible. Mizuki, as a human and as a character, is a charming, loveable man; you will grow to care about him. His story, and all the others his story represents, will stay with you. 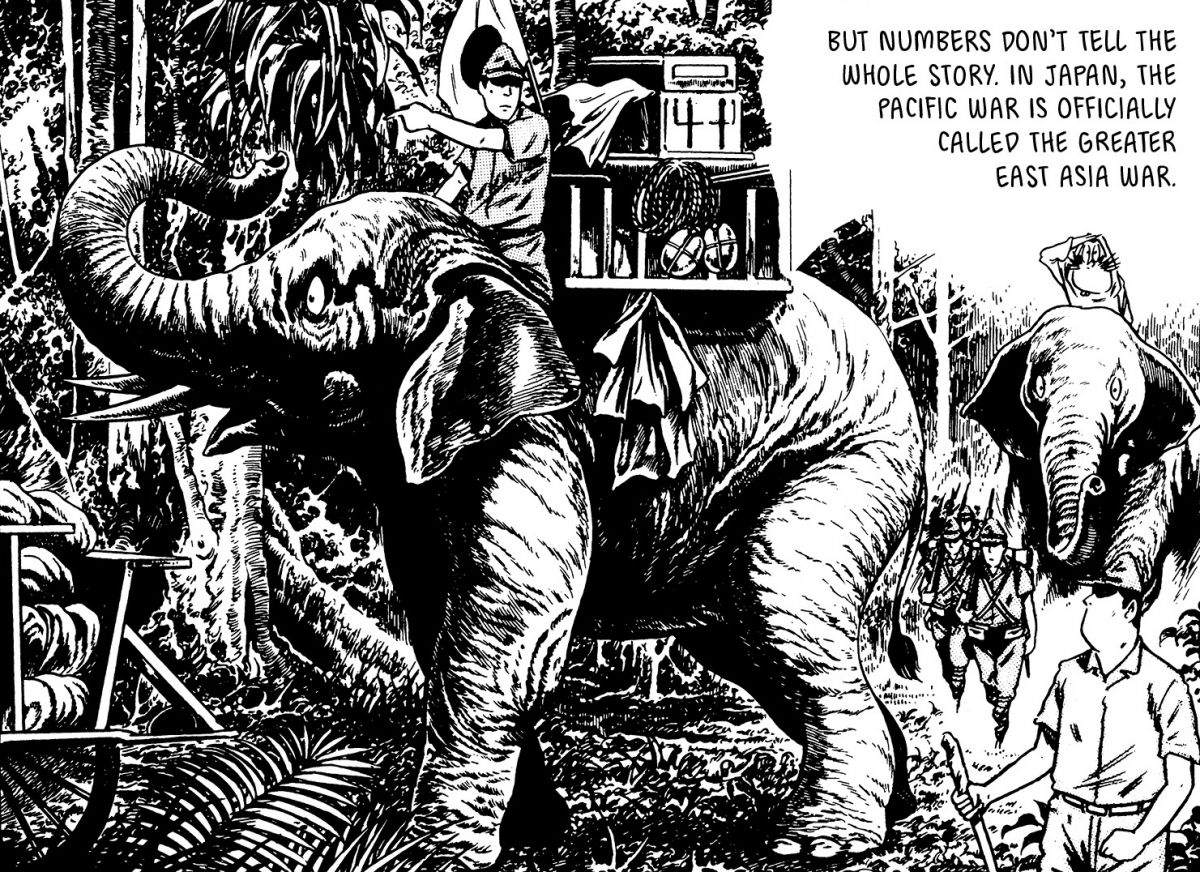