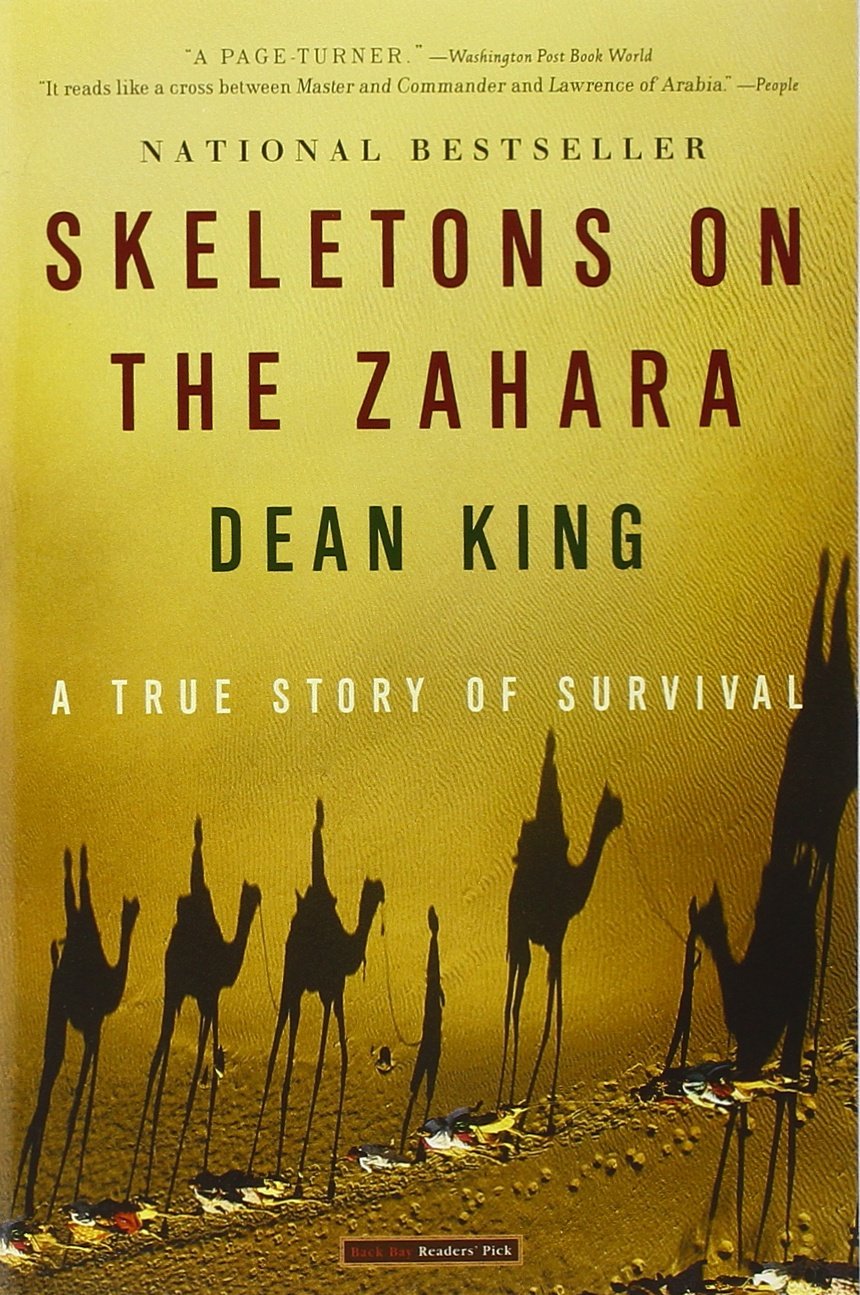 This true adventure story (320 pages) was published in March of 2004 by Little, Brown and Company. The book takes you to 19th-century Morocco. David read Skeletons on the Zahara and loved it; it wouldn't be on our site if he didn't recommend it.

Skeletons on the Zahara

A True Story of Survival

This is a real-life historical adventure. In 1815, 12 American sailors were shipwrecked off the coast of Africa, captured by desert nomads, and sold into slavery. With their unfriendly captors, they traveled for two months in the debilitating heat and dire conditions of the Sahara desert.

The journey started uneventfully enough. Captain James Riley and the crew of the Commerce set out from Connecticut on calm seas for New Orleans. The plan was to trade their cargo of hay and bricks for tobacco and flour that they’d take on to Gibraltar. The return trip would be a cargo of salt to take back to New England.

But the ship got hung up on a rocky outcropping just off the shore of Morocco, and after a day or so of battering waves, they abandoned ship. And that’s when the real adventure began. The men were robbed, captured, starved, and pushed to the limits of their humanity.

Author Dean King unspools their story in devastating and tangible detail: the blistering heat of the sun and sand, the scorpions and the slavers, the thirst, the hunger, the despair. King’s narrative is based on accounts written by two survivors of the ordeal, as well as his own experiences recreating some of the journey himself in the desert of Morocco.

This book is the definition of swashbuckling adventure. It’s also the story of courage, brotherhood, and the will to stay alive in some of the harshest conditions on the planet.

What they could use and carry from a shipwreck, the Sahrawis took. What they could not take, it was their custom to burn. To the victims who witnessed this destruction of their personal articles and the cargo of their vessel, it was often the last cruel blow before they assumed the life of a slave to some of the poorest people on earth, living in some of the harshest conditions imaginable. — Dean King