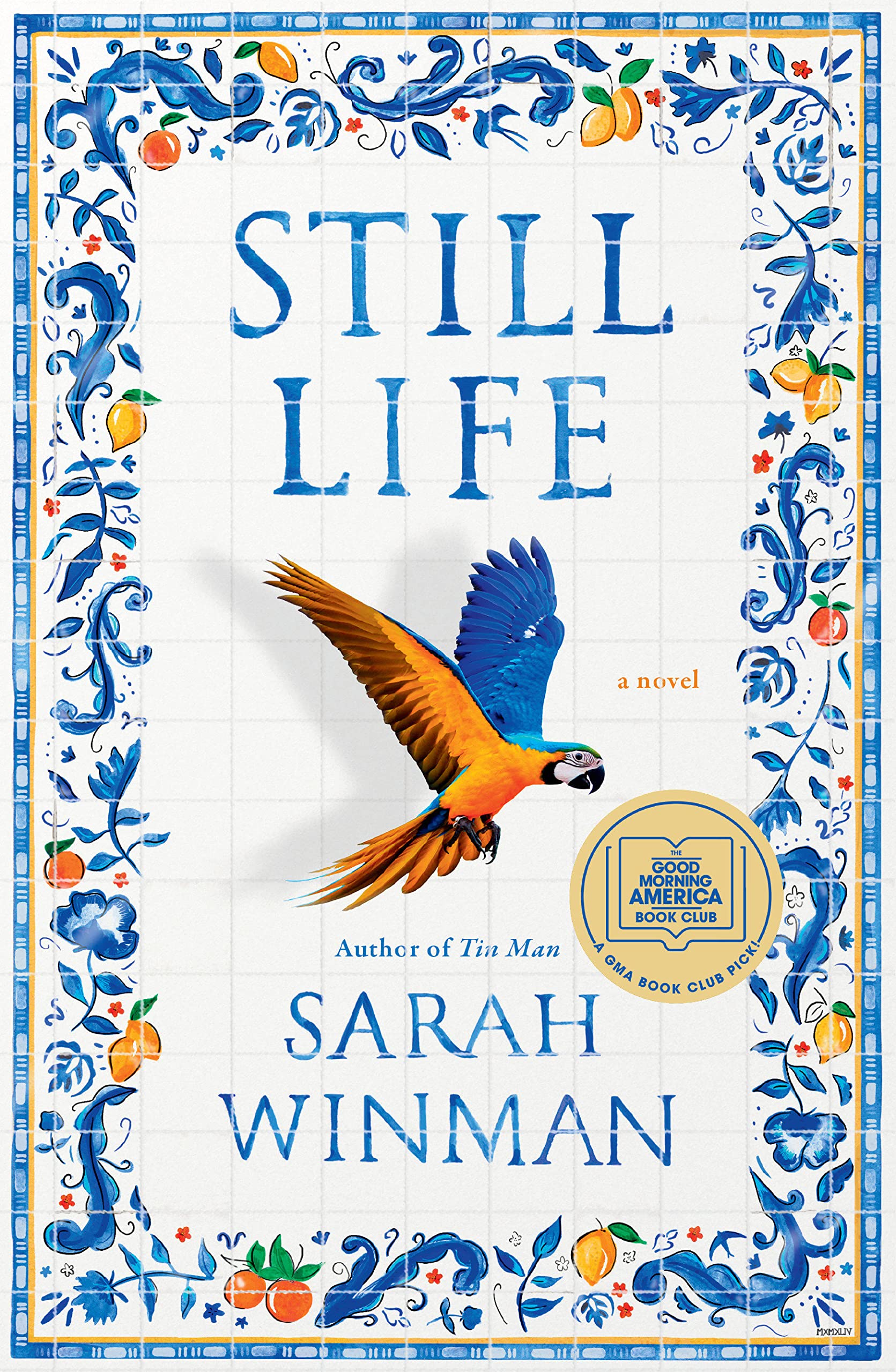 This life-affirming story of found family (464 pages) was published in November of 2021 by G.P. Putnams Sons. The book takes you to Florence, Italy. Melissa read Still Life and loved it; it wouldn't be on our site if she didn't recommend it.

This story of found family set in Florence in the first few decades after World War II will change the way you think about the world, make you glad to be alive, and give you glowing skin that will make you irresistible to all you meet.

When the story opens, it’s 1944, and we meet our hero, a British soldier named Ulysses Temper. A thoughtful young man with a strong sense of self and unfailing optimism, he’s stationed in Italy. Although he’s dodging bombs and seeing first-hand the devastation of the war, he keeps his heart open to the beauty around him.

Along with Ulysses, we meet his boss and friend Captain Darnley and a 64-year-old art historian named Evelyn Skinner. The three of them enjoy an unforgettable evening together in a cellar that’s been turned into a would-be nightclub for Allied officers. The floor is littered with broken glass and furniture, it smells, and there are guards on watch because they’ve found a cache of hidden art.

Suddenly, there are artillery blasts above ground, and the situation in the cellar grows tense. Chunks of ceiling fall down. Candles go out. Bottles crash to the floor. ‘Ulysses reached across the table for Evelyn’s hands. He began to talk to her, even sing to her. Still singing as the barrage ended. The faint click of a turntable slowing to its inevitable end. The soft fall of white dust in the intervening silence. Darnley laughing.’

Afterward, as they’re making their farewells, Evelyn says to Darnley, ‘Thank you for tonight. Keep your head down and stay in the world, if you please.’

And that’s it. They part without knowing if they’ll ever see each other again.

After the war, Ulysses returns to London and his neighborhood pub called ‘The Stoat and Parot’ to be among his old friends and family. Then one day, Ulysses learns he’s the recipient of an unexpected inheritance that takes him back to Tuscany. The rest of the book is a thoroughly absorbing depiction of how his life unfolds.

This novel is filled with surprises, kindnesses, and sorrows, all infused with the warm glow of Tuscan light. The book A Room with a View plays a delightful role in the story, as does its author E.M. Foster. Food and art are woven into the story with precision and grace; the characters feel like real, lived-in people.

Fair warning: This story may make you homesick for fictional people and places you’ve never been. It’s tender and sweet, but never twee, and explores every emotion: joy, sorrow, jealousy, forgiveness, gratitude, but mostly love in all its different flavors.

So, time heals. Mostly. Sometimes carelessly. And in unsuspecting moments, the pain catches and reminds one of all that’s been missing. The fulcrum of what might have been. But then it passes. Winter moves into spring and swallows return. The proximity of new skin returns to the sheets. Beauty does what is required. Jobs fulfill and conversations inspire. Loneliness becomes a mere Sunday. Scattered clothes. Empty bowls. Rotting fruit. Passing time. But still life in all its beauty and complexity. — Sarah Winman