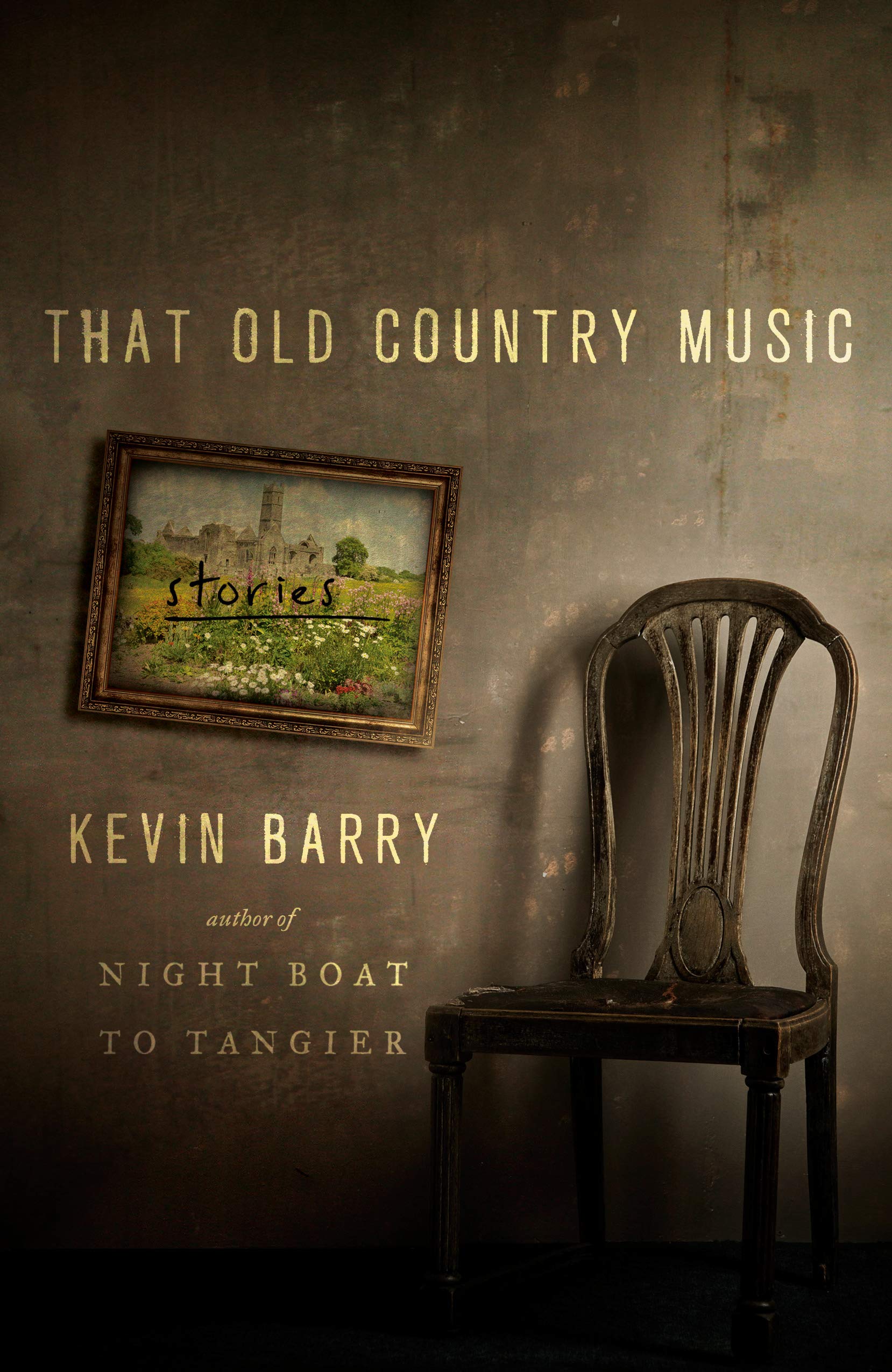 This atmostpheric short story collection (208 pages) was published in January of 2021 by Doubleday. The book takes you to contemporary Ireland. Melissa read That Old Country Music and loved it; it wouldn't be on our site if she didn't recommend it.

The stories in this collection tell tales of longing and home and the complicated simplicity of country life. Mostly set in western Ireland, they’re like prose poetry, photographs crafted with precise words rather than light and pixels.

The stars of these 11 stories are loners and oddballs. They’re like no one we’ve met before, but Kevin Barry’s writing lets us know them quickly and intimately. In the poignant first story, ‘The Coast of Leitrim,’ we meet 35-year-old Seamus, a man with ‘the misfortune in life to be fastidious and to own a delicacy of feeling. He drank wine rather than beer and favored French films.’ We know immediately how adrift he must feel in his small town and how that town might feel about him. He falls helplessly in love with the Polish girl who works at his local café, and the human foibles and frailty unfold from. Seamus thinks he can ‘handle just about anything, shy of a happy outcome.’

In the other stories, we get to know a young girl who’s just beginning to explore her sexual power — and another young woman caught up in a messy romantic entanglement, only to be rescued by her mum’s love and forgiveness.

Barry is a master of scene-setting, arranging just the right words in just the right way, so we feel the breeze roll off the hills, smell the salt in the air, connect with the old Irish soil under the characters’ feet.

These stories explore the breadth of emotion on the intimate scale of day-to-day life. Some are uncomfortable, some are sweet. They all feel true and illuminate the different ways that lives can be live, not with judgment, but with empathy, pitch-black humor, and grace. You’ll want to read them again and again.

His cottage looked across a bog to the Bluestack Mountains; the ocean was nearby, unseen but palpable. There were huge granite boulders around the fields, as if giants had been tossing them about for sport. The ocean hissed at the edges of the scene like a busy gossip. There was salt on the air and the local cars wore coats of rust. I felt somehow a little hardier and tougher in myself as I looked out from the doorway of the place. — Kevin Barry

We've got the makings of a cozy evening for you: a collection of atmospheric stories to transport you to western Ireland, a comforting bowl of Irish Stew, and a hot-from-the-oven slab of Irish Soda Bread with butter.