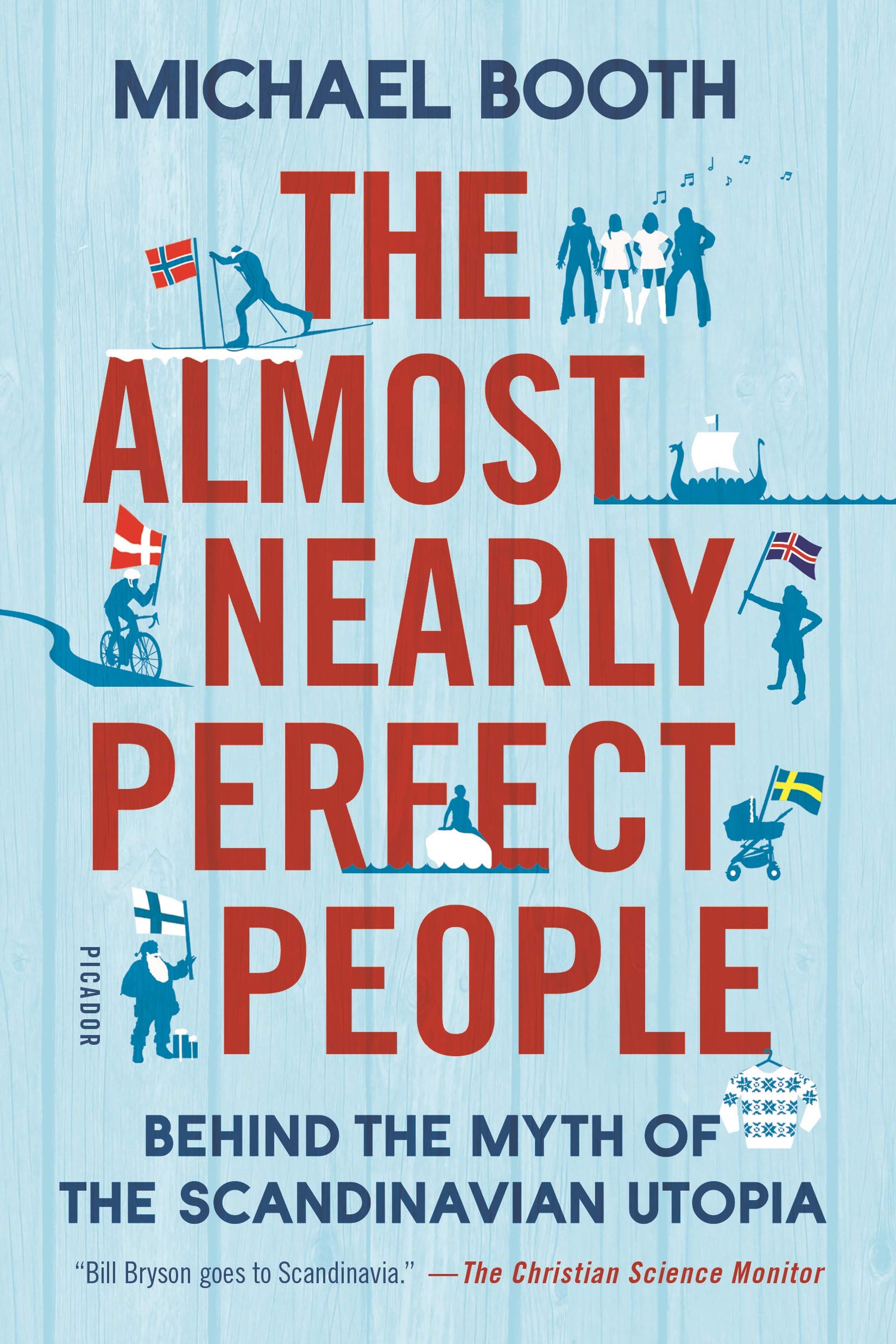 This in-depth report on Nordic happiness (400 pages) was published in February of 2016 by Picador. The book takes you to Scandinavia. David read The Almost Nearly Perfect People and loved it; it wouldn't be on our site if he didn't recommend it.

Behind the Myth of the Scandinavian Utopia

The Nordic countries of Denmark, Finland, Sweden, Norway, and Iceland are reported to be the happiest around. They’ve got healthy life expectancies, high GDP per capita, a robust social net, low corruption, high trust, free educational systems, good public transit, they look after one another, and they’re generous. This book tackles the question: What’s up with that?

Author Michael Booth spent ten years living among Scandinavia people, not as a social scientist but as a husband. He’s a British journalist married to a Danish woman living in Copenhagen with a voice that’s funny, charming, and a wee bit grumpy — which makes him a reliable and delightful guide through Scandinavia’s sterling reputation.

Booth, too, has read the reports about how happy Danes are, and he writes, ‘The happiest? This dark, wet, dull, flat little country that I now called home, with its handful of stoic, sensible people and the highest taxes in the world? … Well, they are doing an awfully good job of hiding it, I thought to myself as I looked out of the window at the rain-swept harbor.’

From there, he investigates and then presents the case, culture by culture. Each nation gets a dedicated chapter that explores its claims of Nordic exceptionalism — and he interviews people who share their personal insights.

He also digs into the idea of societal happiness. What does that even mean? Is it good for everyone to be happy? And perhaps most importantly: Can the elements that make one culture happy be adopted by another?

Funny and insightful, this is a great travel book that informs and inspires in equal measure. Warning: Reading it may encourage a spontaneous trip to the snowy, highly-taxed, but happy lands up north.

‘Well, my answer is going to be a little bit disappointing,’ said Professor Wilkinson with a sigh. ‘I don’t really think measures of happiness internationally are necessarily very dependable. For instance, for an American to say they are not happy sounds like an admission of failure, but for a Japanese person it sounds like bragging to say they are, so I think one has to be very careful. We find there are systematic problems with subjective measures related to inequality. How people use the word happy, for instance, or how they present themselves. I don’t think these surveys mean nothing, but I wouldn’t put a great deal into them. All of our measures are objective, like death rates, obesity and so on.’ — Michael Booth