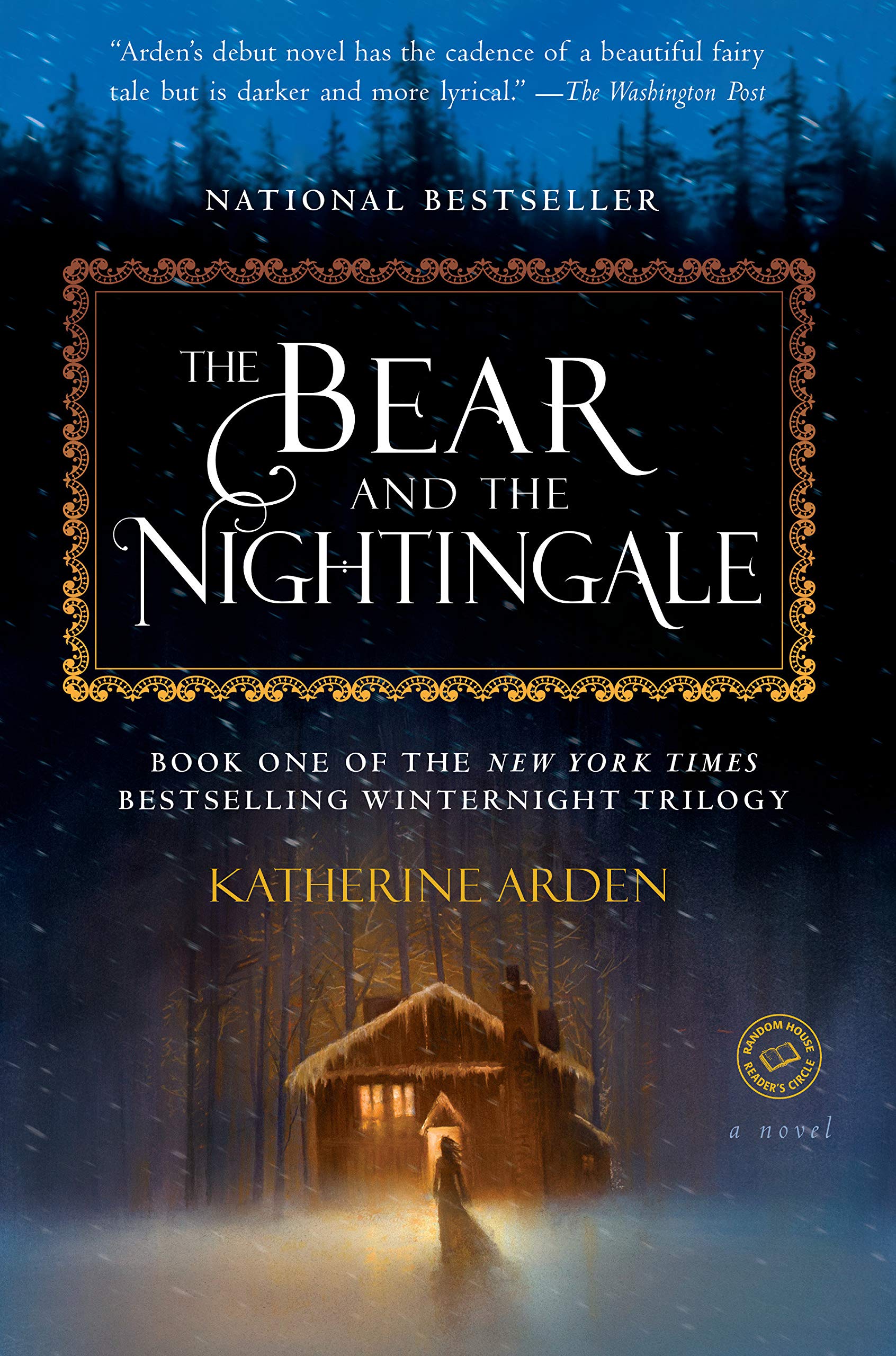 This dark fantasy (336 pages) was published in January of 2017 by Del Rey. The book takes you to a Russian forest. David read The Bear and the Nightingale and loved it; it wouldn't be on our site if he didn't recommend it.

The Bear and the Nightingale

The opening of this novel is very promising for those of us who love fairy tales and folklore: an old woman sits in a kitchen in the wildwoods of Russia, telling children the story of Morozko, the Winter King.

The first section of the book reads like a (delightful, easier to manage) Russian novel. Much is happening, and characters are introduced at a rapid pace — and in the middle of it all is a woman who might be a witch. She is definitely royalty, and her husband is the lord of an immense forest, which brings us to another primary character in this adventure: the woods.

This fairy-tale forest is vast and dark and deep. It gives and takes away. People get lost there and are never seen again.

And at the edge of the forest, a daughter is born to the maybe-witch. Her name is Vasya, and as she takes her first breaths, her mother, the maybe-witch, dies. As Vasya grows, she realizes she can see things that other people can’t. Odd things happen to her. She befriends a possibly untrustworthy tree nymph. She meets the river king. (He likes to eat children; she avoids that fate.)

Following the lead of so many classic fairy tales, Vasya’s father remarries, and the new stepmother also has the second sight. The plot thickens. A monk is sent to the village from Moscow to bring Christianity — along with his charisma and determination — to the peasants.

And here, the second section of the book takes a dark turn toward a bit of horror. There are ghosts and vampires and unhappy spirits in the night. And the forest. Always the forest, which is growing increasingly hostile and threatens to wipe out all the eye can see.

Whilst distracting you with supernatural creatures and things that gleefully bump around in the night, this fairy tale digs deep into the contrast (and conflicts) between Christianity and Russian folklore. It also explores how easy it is for fear to divide a community. Ultimately hopeful and endlessly engaging — and a great read for a cold night — this is a story that recognizes we can find a bright warm light when circumstances seem to be at their darkest.

Heads up: This is the first book in the fantastic Winternight Trilogy.

There was a time, not long ago

When flowers grew all year

When days were long