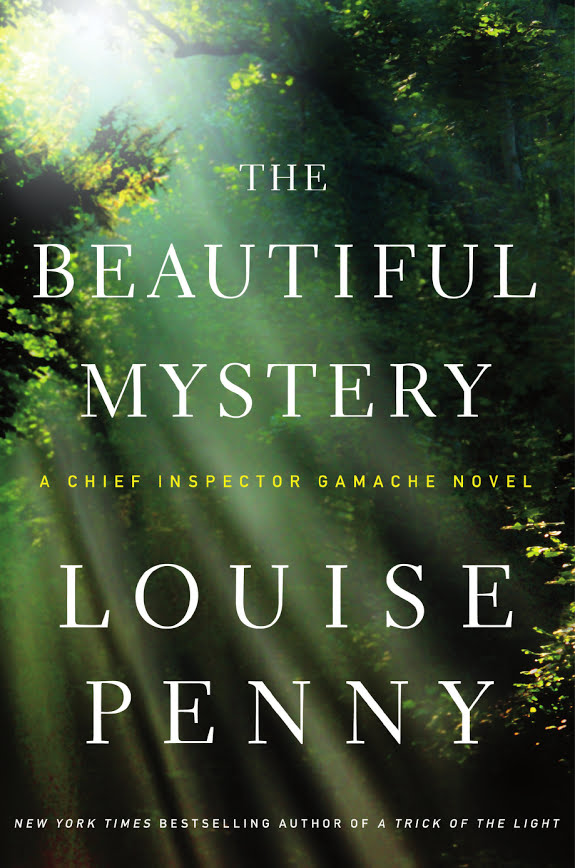 This murder mystery (384 pages) was published in August of 2012 by Minotaur Books. The book takes you to an isolated monastery in Quebec. Melissa read The Beautiful Mystery and loved it; it wouldn't be on our site if she didn't recommend it.

Who wouldn’t want to team up with a man like Armand Gamache? He’s intelligent, kind, a devoted husband, and driven to succeed but without excessive ambition.

He’s also the Chief Inspector of the Sûreté du Québec, and if you commit a crime, he will hunt you down with a ruthlessness unmatched by any villain.

An exemplary policeman and human. Gamache has zero patience for dishonesty and holds himself to an impossibly high standard. He generally charms everyone he meets, except for the higher-ups in the Sûreté and the criminals he pursues.

He lives in the fictional village of Three Pines, a bucolic spot located in the wilds of Quebec. It’s so remote and untouched, it can’t even be found on maps, and it’s populated by Gamache’s real and found family, a motley collection of people with good hearts and shady pasts. There’s Gamache’s wife — who’s sweet but no pushover — the disheveled painter who carries heartbreak along with her palette, the cynical poet, the psychologist-turned-bookseller, and the loving gay couple that serves advice and croissants at their bistro.

In this eighth installment in the 17-book series, Gamache and his number-two Jean-Guy reluctantly leave Three Pines to travel to an extraordinary place: the 200-year old monastery of Saint-Gilbert-Entre-les-Loups. The monastery is tucked away even deeper in the wilderness than Three Pines. The trip there requires a Cessna and an aluminum boat rowed upriver. The cloistered monks within its walls have taken a vow of silence but have become world-famous for recordings of their glorious Gregorian chants. Their home is a sanctuary of beauty and peace — until their choir director Frère Mathieu is found in the garden with his head bashed in.

This gripping, atmospheric story features, in no particular order, a missing medieval manuscript, secret chambers, crumbling monastery walls, malevolent monks, and the Inquisition. As Gamache investigates the darkness in the brotherhood, he’s forced to confront the devastating secrets and conflicts in his own life.

Not for the first time that day, the Chief Inspector wondered why this monastery had been built so far from civilization. And why it had such thick walls. And such high walls. And locked doors. Was it to keep the sins of the world out? Or to keep something worse in? — Louise Penny