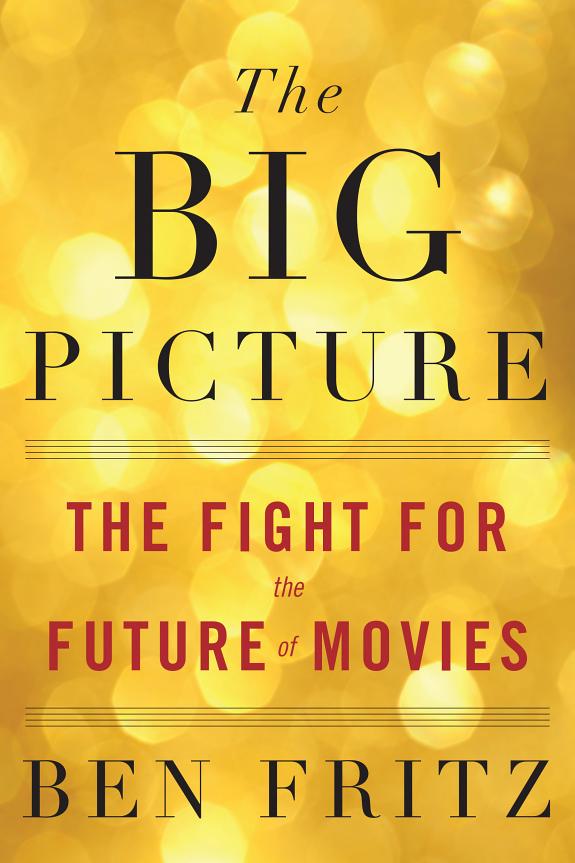 This peek inside the business of movie-making (304 pages) was published in March of 2018 by Houghton Mifflin Harcourt. The book takes you to modern Hollywood. David read The Big Picture and loved it; it wouldn't be on our site if he didn't recommend it.

The Fight for the Future of Movies

This is the book for you if you’ve been to a movie theater recently and thought, ‘Why are all the movies about superheroes? What happened to the little dramas? Or comedies? Or movies with any original ideas at all? Why is TV a better place for stories right now?’

Author Ben Fritz is the West Coast bureau chief for The Wall Street Journal — and previously covered Hollywood for the Los Angeles Times and Variety. So he knows his way around Tinseltown; his writing is approachable and eminently readable.

In this deeply researched book, he explains what’s happened in the last two decades of movie-making, examining four significant forces that have shaped the industry. From the collapse of the DVD market to the growth of the international audience, the takeover of movie franchises, and the rise of great television, there are forces at work — mostly financial — that have changed what’s on the big screen.

To get to his conclusions, Fritz interviewed dozen of bigwigs at Marvel, Netflix, Disney, Amazon, IMAX, and more. He also spent about a year reading tens of thousands of leaked emails, a bounty made available by a 2014 hack of Sony Pictures perpetrated by North Korean hackers. It seems that the hackers were offended by Sony’s plans to release a James Franco-Seth Rogan comedy called The Interview that mocks the communist country. (All of which reads like the plot of a far-fetched, big-budget thriller.)

Thanks to his access to the upper echelons of movie-making, Fritz can take us inside the brains of studio executives. We learn exactly how they think about their business; it’s always interesting and often unpleasant — a quagmire of focus groups, balance sheets, franchise track records, and stressful decision-making. Frequently in the wee hours of the night. Via email.

In this new entertainment landscape, what happens to the sure-thing superstars of the past like Will Smith, Adam Sandler, and Tom Cruise? They’ve been replaced with studios representing genres and franchises (and merchandising opps): Disney, Pixar, Marvel, Lucasfilm.

If you love movies, this brisk, engrossing book will be fascinating and, potentially, enraging — much like a good film.

What happened? Audiences’ loyalties shifted. Not to other stars, but to franchises. Today, no person has the box-office track record that [Tom] Cruise once did, and it’s hard to imagine that anyone will again. But Marvel Studios does. Harry Potter does. Fast & Furious does. — Ben Fritz