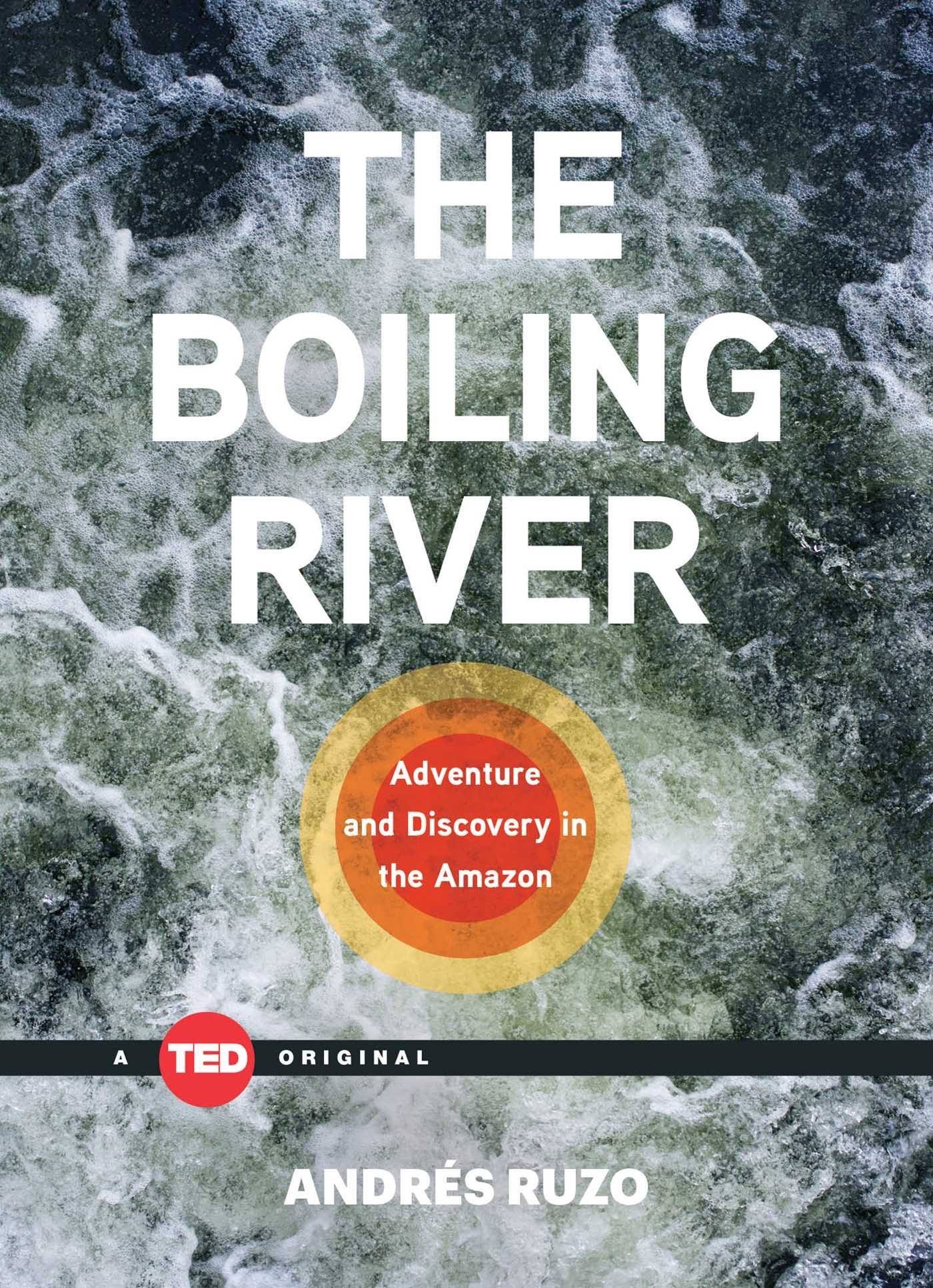 This stunning memoir (144 pages) was published in February of 2016 by Simon & Schuster/TED. The book takes you to deep into the Amazon of Peru. David read The Boiling River and loved it; it wouldn't be on our site if he didn't recommend it.

Adventure and Discovery in the Amazon

Buckle up for a geothermal thriller that combines enthralling adventure mixed and exciting scientific study. At the heart of the story is Ruzo, a geoscientist who became fascinated by stories of powerful shamans, silent warriors with poisoned arrows, spiders big enough to eat birds, and snakes that swallowed men whole, and a river that boiled.

With a shaman as his guide and mentor, Ruzo navigates obstacles of the plant, animal, and human world to find the boiling waters so hot that locals brew tea in the river. On his quest, he meets cattle farmers and loggers, runs afoul of government interests and political concerns, enjoys once-in-a-lifetime experiences, and walks along paths that have intrigued people for hundreds of years.

This book grew out of a TED talk, and Ruzo’s mesmerizing story is perfectly captured on the page. A natural storyteller and a committed science geek, he’s a compelling tour guide to the wonders of the Amazon. Although he understands the mechanics behind what he experiences, he revels in the idea that there is so much we don’t know about the planet we inhabit. He heard a legend that was denied by experts, but that legend was true. If it can happen to him, it can happen to the rest of us.

The world around us, he argues, is rich with amazing things; we still live in a world where shamen sing to the spirits of the jungle.

I am standing on a rock in the middle of a river. Nighttime in the jungle pours around me. Instinctively, I reach up and turn off my headlamp. The blackness is complete now, and I pause, waiting. I had missed the darkness. I breathe in. The air is thick and abnormally hot, even for the Amazon. As my eyes adjust to the dark, the outline of the jungle slowly distinguishes itself from the night: blacks, grays, dark blues, even silvery whites. It’s amazing what we miss when the lights are on. The moon is hardly a sliver, and innumerable stars dominate the sky above, illuminating the vast jungle and bathing each leaf and rock with their soft light. All around me, vapors rise like ghosts in the starlight. Some are thin streams of mist; others are clouds so large that their billowing appears to be in slow motion. I lie down on the rock and am still, watching the steam rise into the night. — Andrés Ruzo