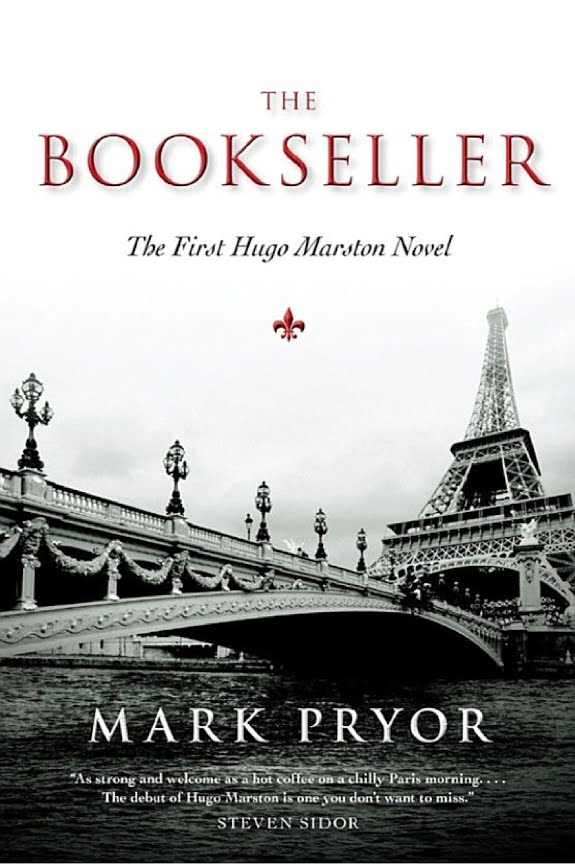 This bookish thriller (303 pages) was published in October of 2012 by Simon and Schuster. The book takes you to a thrilling version of Paris. Melissa read The Bookseller and loved it; it wouldn't be on our site if she didn't recommend it.

Meet Hugo, our rugged, steadfast hero. He’s head of security at the U.S. embassy in Paris, and while he may be a tough guy on the outside, he has the heart of a poet and is a devoted reader.

The action kicks off when Hugo sees his favorite bouquiniste kidnapped from in front of his riverside display of books. Hugo does what any self-respecting former CIA agent would: He starts poking his nose into business where some thugs are very convinced it doesn’t belong.

He’s aided and abetted by an old CIA buddy and a fierce French journalist named Claudia, who does her damnedest to steal Hugo’s heart. Oh! And her wealthy father just maybe has something to do with the bookseller’s disappearance.

The dazzling city of Paris is a starring character in the drama, and its history nicely mirrors Hugo’s own personal turmoil and heartbreak. Plus, there are so many books: rare volumes and paperbacks and libraries and bookstalls.

Reading is always sexy, and in Paris, it’s even sexier.

If peace had a smell, it would be the smell of a library full of old, leather-bound books. — Mark Pryor