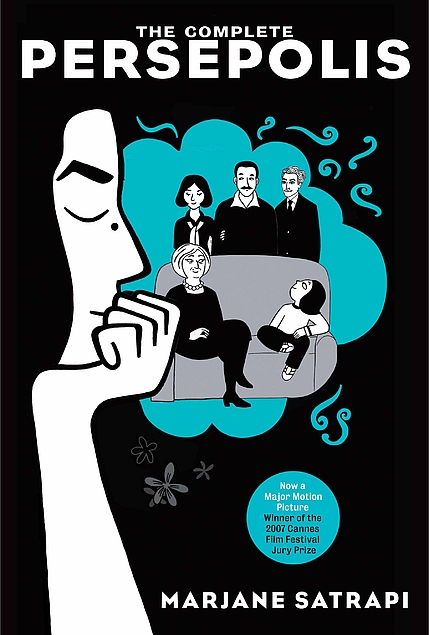 This award-winning graphic novel (341 pages) was published in January of 1970 by Pantheon. The book takes you to Revolutionary Iran. David read The Complete Persepolis and loved it; it wouldn't be on our site if he didn't recommend it.

This autobiographical graphic novel recounts the author’s experiences growing up in Iran during the 1978 revolution — by any measure, a challenging time to be coming of age. Her story strikes complex emotional chords, both terrible and sweet.

Intelligent and outspoken, Marjane is both the author and our heroine — a fierce 10-year-old when the story opens, grappling with figuring out herself while the world outside her door explodes with violence. One day, life was the ‘normal’ that she knew. And the next, veils were required at school. She was separated from her male classmates. The simple act of leaving the house became fraught.

As Marjane’s story unfolds, we meet the other remarkable people in her life: The uncle who was a political prisoner and exile. The loving grandmother who tried to guide Marjane without scaring her. Her mother — rebellious, brave — forced to dye her hair and wear dark glasses after being photographed without a veil.

We also see the stark contrasts between private and public life, the effects of the war with Iraq, the anguish of exile, and the fall-out of the Revolution that began with such hope and ended in tyranny. As Marjane gets older and is self-exiled to Vienna, she faces the events of her adolescence and the effect those trials have on her young adult life. She’s coming to terms with her past, and she misses her home – but is there any future for her in Iran?

The story is told through bold black-and-white comic strip images married with pointed text that’s simultaneously heartbreaking and humorous. Marjane is an astute and honest observer. As both an insider and an outsider, she’s able to participate in her life while also reflecting on the impact of her experiences.

This book has deservedly reached the status of ‘canon’ in the world of visual storytelling. It’s an immensely moving and accessible way to be transported into a very unfamiliar time and place — utterly compelling and unforgettable. 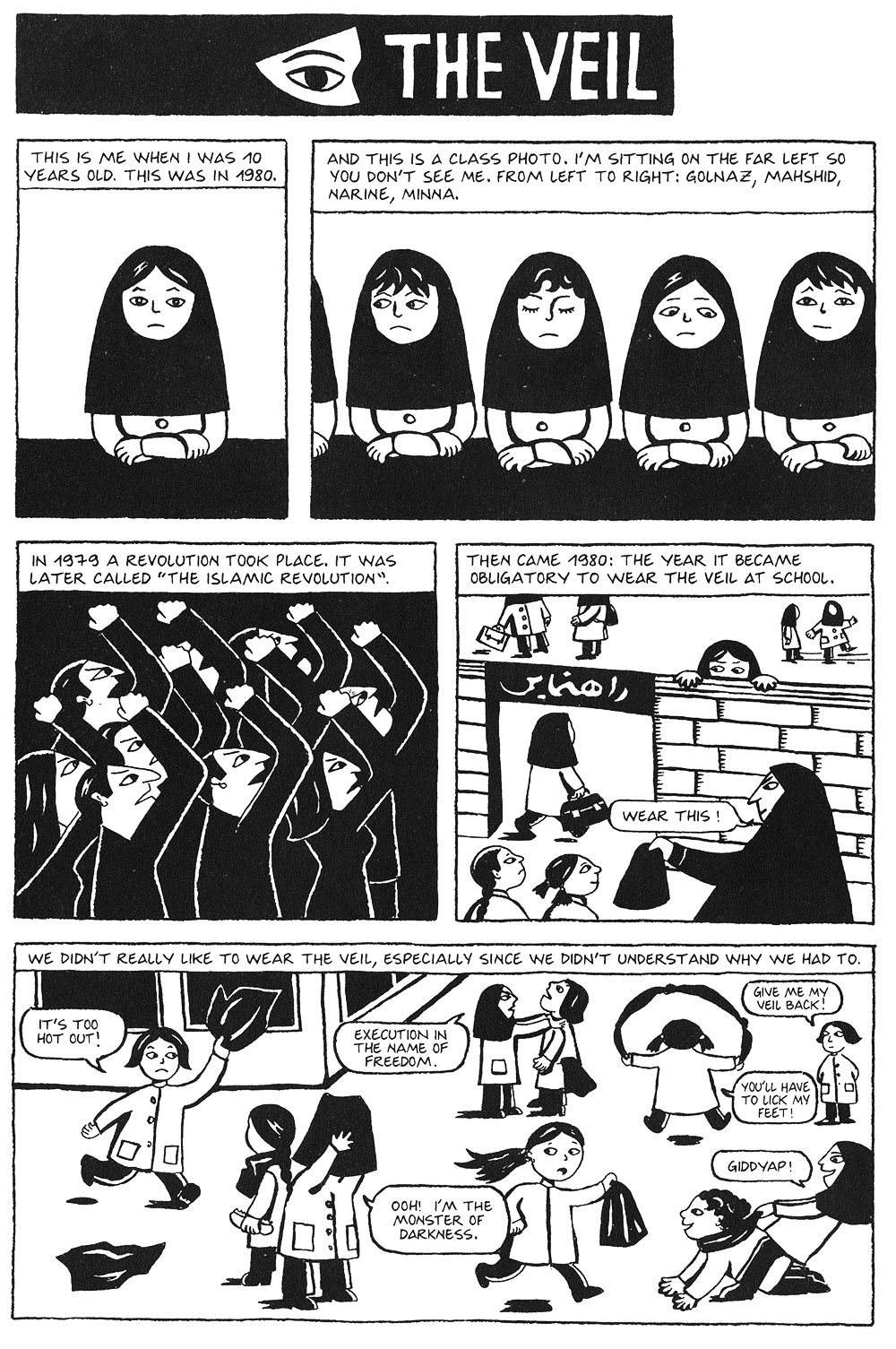 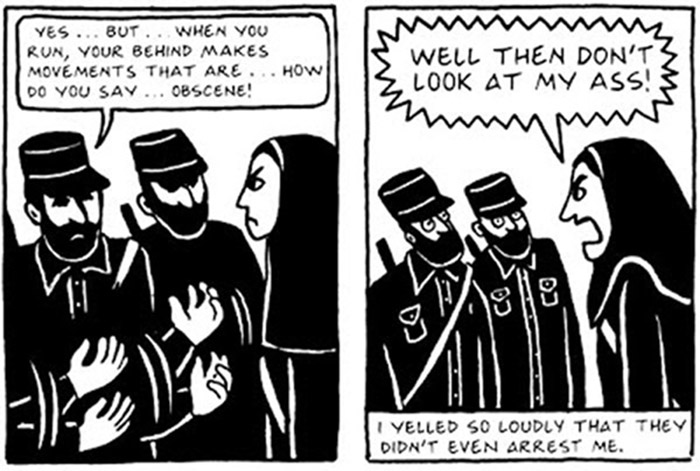 The regime had understood that one person leaving her house while asking herself: Are my trousers long enough? Is my veil in place? Can my make-up be seen? Are they going to whip me?

Every Friday, we share our favorite book- and travel-related links. This week, we've got the inspiration for Wuthering Heights, the history of Greek salad, a guide to Regency lingo, the real Miss Havisham, and more.