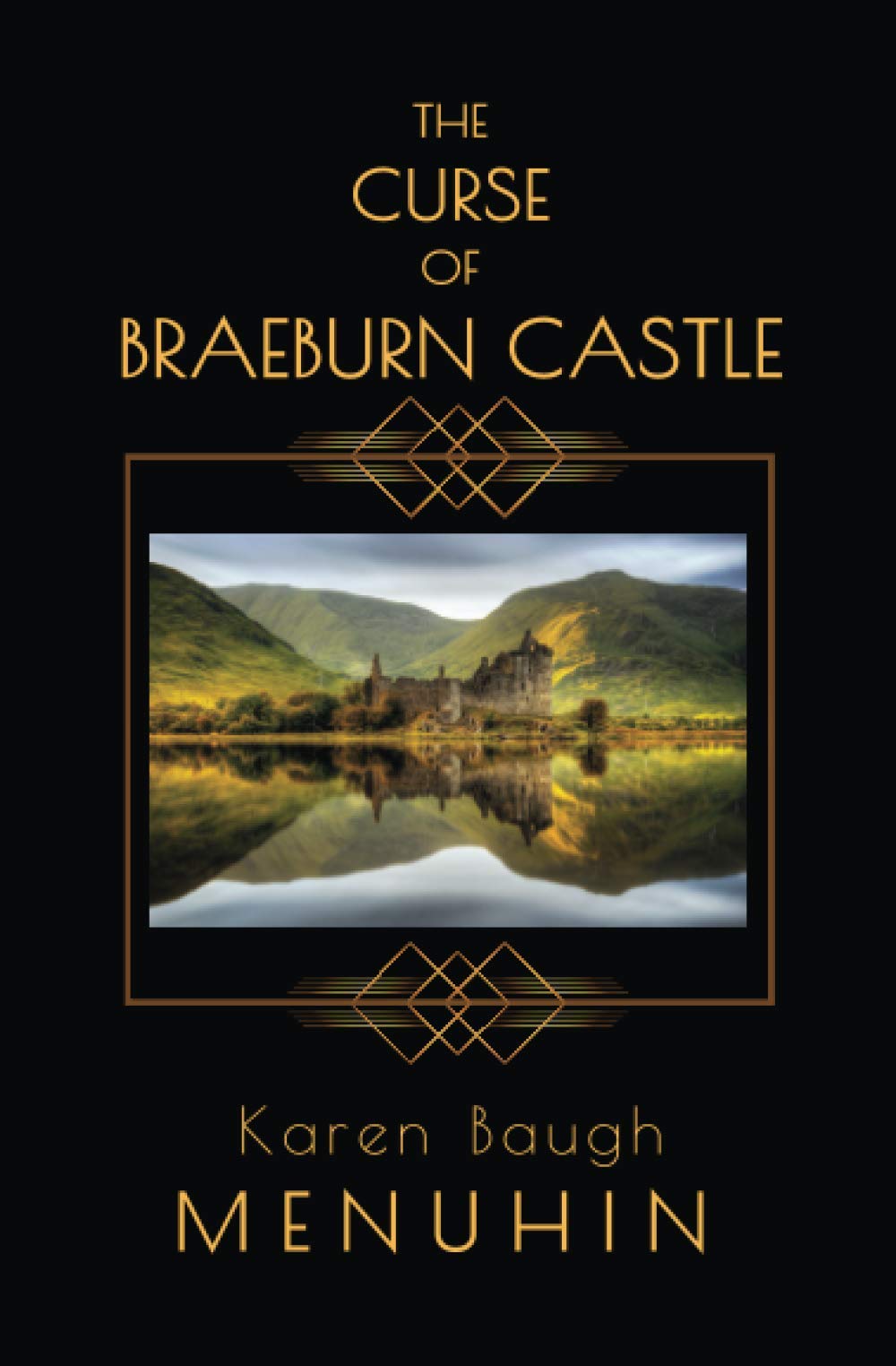 This puzzle mystery (324 pages) was published in August of 2019 by Independent. The book takes you to a Scottish castle on Halloween. Melissa read The Curse of Braeburn Castle and loved it; it wouldn't be on our site if she didn't recommend it.

The Curse of Braeburn Castle

This cozy murder mystery is a quadruple whammy of the notion of strong sense of place. It’s set in 1921 on Halloween. In Scotland. At a manor house. On an island. That seems like enough motivation to pick it up. But read on for more.

On a rock in a Scottish loch sits Braeburn Castle, a hulking pile that’s been crumbling for centuries. During renovations, a skeleton — sporting a bejeweled crown — is found behind a wall. Soon a group of archaeologists, intent on making their names (and their fortunes) with this mysterious discovery, has taken up residence in the castle tower,

Our hero Major Heathcliff Lenox — our narrator, ex-WWI pilot, tall, handsome, and 30-something — is called to the scene to help solve the mystery of the bones and the jewels — and, perhaps, steal the heart of the lovely lady archaeologist in the process.

It’s not long before someone is found dead at the base of a castle tower. Did he jump, or was he pushed?

As you’d expect with a mystery inspired by the Golden Age of crime, there are multiple murders and suspects aplenty. In addition to the possibility of a dark curse — courtesy of the legendary Black Dougal — the story also includes long-held family secrets, a condescending Laird, a séance, Halloween festivities, a raging storm, and a dog (Mr. Fogg) and his cat (Mr. Tubbs) who almost steal the show. Plus, biscuits and tea.

This is a whole lot of fun with zero scares, a suspenseful and entertaining holiday read for people who prefer Halloween treats to tricks and scares.

I remained in the peaceful silence, listening to the seabirds returning home with quiet calls across the water; then, as the chill set in and a thin drizzle began to fall, I rose to make my way back to the castle in search of a snifter and dinner. I had no sooner stepped onto the beach when an awful sound, like a bone-crunching thump, rang out. I looked up ahead, trying to peer into the dusk. Fogg and I raced up through the trees toward the castle walls set high upon the crags, then stopped. Sprawled across jagged black rocks lay a body, spreadeagled and bloody, and very, very dead. — Karen Baugh Menuhin