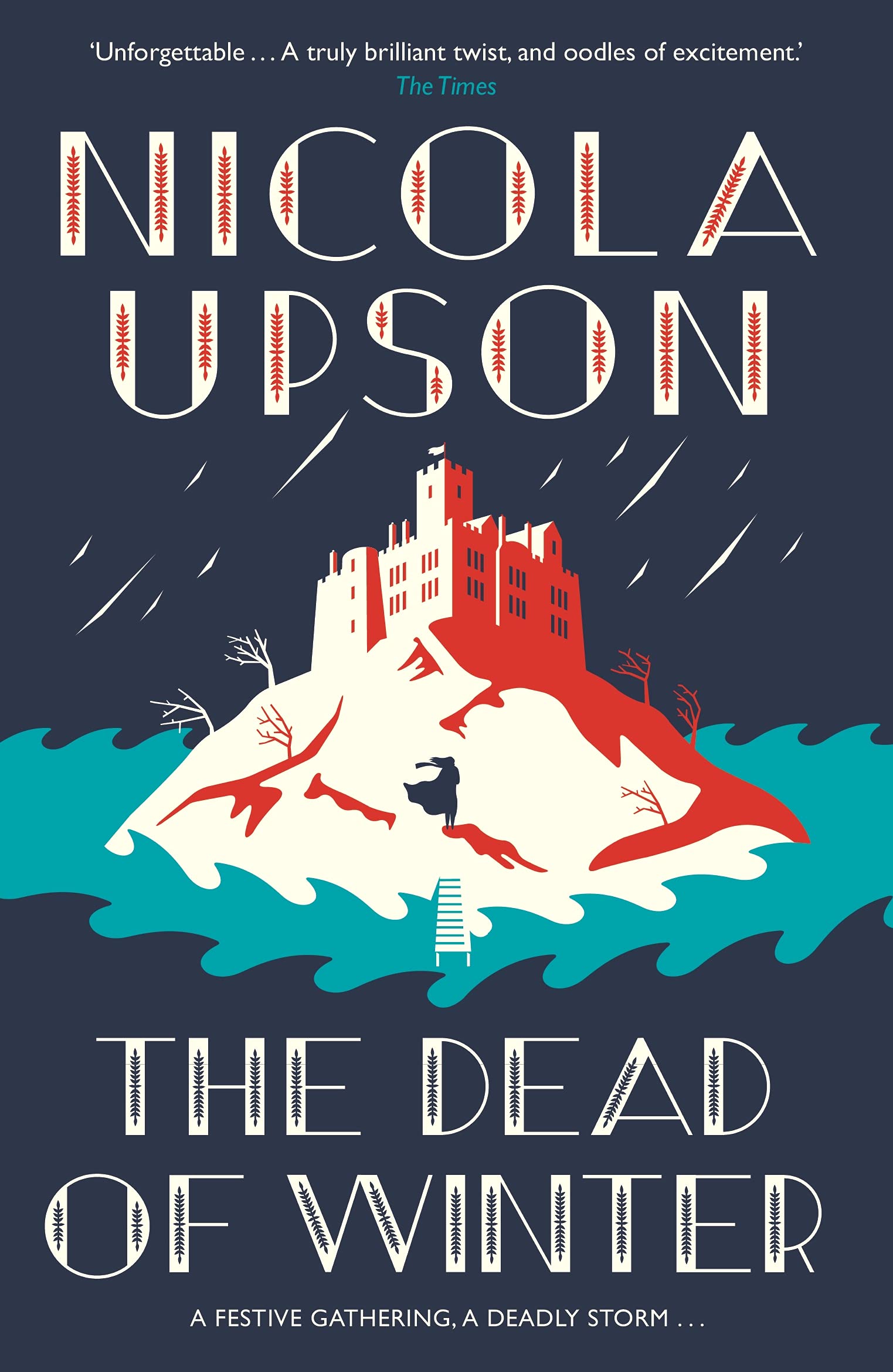 This Christmas mystery (320 pages) was published in November of 2021 by Faber Et Faber. The book takes you to a manor house on St. Michael's Mount. Melissa read The Dead of Winter and loved it; it wouldn't be on our site if she didn't recommend it.

The Dead of Winter

It’s December 1938, and the menacing shadow of war is casting a cloud over holiday celebrations. But nothing can darken the cheer when friends gather at an estate on St. Michael’s Mount in Cornwall to celebrate Christmas. Nothing, that is, except a murder most foul.

In real life, Josephine Tey is one of the best-known and best-loved crime writers of the golden age. This delightful series puts a fictional Josephine — writer, amateur sleuth, bon vivant — into all manner of close scrapes with her sweetheart Marta and friend Detective Inspector Archie Penrose at her side.

This installment has the pals dressed to the nines at festivities to benefit a Jewish refugee charity, hosted by the glamorous Hilaria St Aubyn. Archie’s been given a plum assignment: He’s escorting a famous movie star who’s actively dodging Nazis and fears she might be kidnapped.

When a blizzard and murder strike the party — as it must when pretty, posh people gather at a manor house — Archie is on the case. And suspects abound. There’s a dubious housekeeper, a questionably pious clergyman and his wife, a Nazi sympathizer, a constantly bickering couple, a mysteriously absent guest, a newspaper photographer — plus the usual (perhaps shady) household staff and villagers.

As Archie deals with the pressing dangers of 1938, his mind also wanders back to a case he can’t let go: a tragedy that struck on Christmas Day in 1920. Is there a connection between the two crimes?

Cut off from the mainland by the sea and the snow — highlighted by a dramatic attempt to cross the land bridge at the height of the storm — the guests are trapped together with a killer. In this highly charged atmosphere, each person’s true character is revealed as they grapple with jealousy, domestic violence, class war, and betrayal.

This novel cleverly blends real and fictional characters in a world as alluring as it is dangerous. Despite the murdery bits, this story is a celebration of love and is, ultimately, infused with the spirit of Christmas.

Heads up: You might also find this with the title The Secrets of Winter as a hardcover and a Kindle.

Josephine sat forward in her seat, eager for the first glimpse of S. Michael’s Mount, and it didn’t disappoint. The island moved in and out of view between the tall reeds lining the track, and somehow the movement of the train served to emphasize the castle’s solidity, standing majestic and forbidding over the crescent-shaped bay… The tide was out, leaving the causeway clear to cross, but the choppy sea licked at the rocks around the island, and white horses flecked the surface as far as they could see. As they watched, a shaft of sunlight broke through the purple underbelly of cloud, changing the character of the day yet again, and Josephine couldn’t help but feel that the scene in front of them would easily upstage any film set… — Nicola Upson