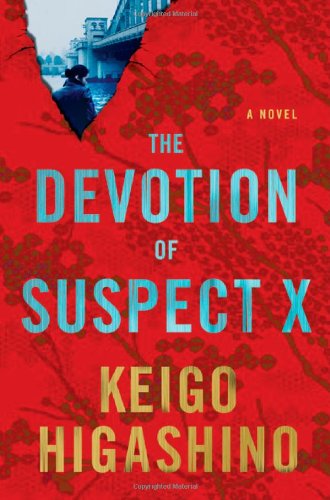 This thrilling police procedural (298 pages) was published in February of 2011 by Minotaur Books. The book takes you to Tokyo, Japan. Melissa read The Devotion of Suspect X and loved it; it wouldn't be on our site if she didn't recommend it.

The Devotion of Suspect X

In this super-twisty thriller set in Tokyo, Japan, a mild-mannered math teacher might be a criminal mastermind. There’s no doubt who committed the crime; the suspense is in watching the police and their consultant, known as Professor Galileo, try to unravel the knot of the crime.

The story begins with a seemingly average woman. Yasuko is a single mom who works at a bento shop and lives a quiet life in a Tokyo apartment building. But when her violent ex-husband shows up unexpectedly one day, circumstances spiral way, way out of control. He’s dead, and she’s falling to pieces.

Her neighbor Ishigami — the unassuming teacher who’s literally just on the other side of the wall — comes to her rescue. He’s been in love with her from afar, and this tragedy is his opportunity to show his devotion. Ishigami’s solution creates a dangerous bond between the two of them and sets off a shocking chain of events that attracts police attention.

As Ishigami schemes to outsmart the police, we slowly learn more about him and his past relationship with Professor Galileo. We also get a more complete picture of Yasuko and the circumstances that lead to her ex knocking on the door. Suffice it to say everything is much more complicated than it seems.

The tension in this sparingly written, all-together affecting novel is almost unbearable, but deliciously so. This is a hyper-intelligent blend of police procedural, character study, and logic puzzle. The twists as the story heads into its denouement are dizzying — and make perfect sense.

This novel sold two million copies in Japan and is the first book in the Detective Galileo series to be translated into English.

Kusanagi had met plenty of good, admirable people who’d been turned into murderers by circumstance. There was something about them he always seemed to sense, an aura that they shared. Somehow, their transgression freed them from the confines of a mortal existence, allowing them to perceive the great truths of the universe. At the same time, it meant they had one foot in forbidden territory. They straddled the line between sanity and madness. — Keigo Higashino

This can't-put-it-down book is an exhilarating cat-and-mouse game. We know who did it! Now we're watching the culprit try to outplay the intelligent detectives who are on his tail. Deliciously, painfully suspenseful.