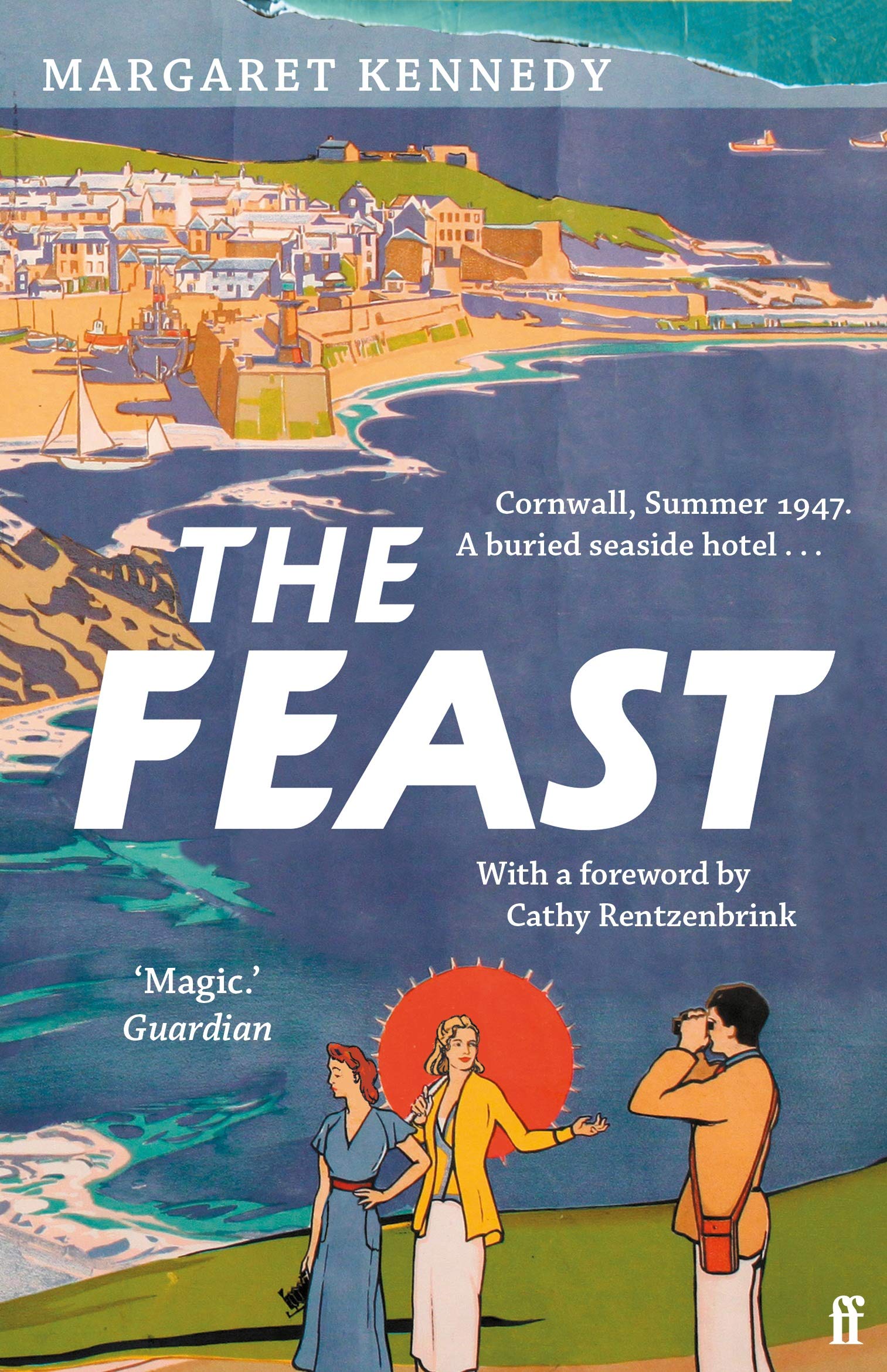 This literary mystery (354 pages) was published in June of 2021 by Faber & Faber. The book takes you to a seaside resort in Cornwall. Melissa read The Feast and loved it; it wouldn't be on our site if she didn't recommend it.

This nearly-forgotten gem of a novel by English author Margaret Kennedy has many of the trappings of a classic golden age crime novel — except there’s no murder and clever literary shenanigans are afoot.

It’s 1947 in Cornwall and the summer holiday is in full swing. A once-elegant private home has, by necessity, been transformed into the Pendizack Manor Hotel. But before we can meet the staff and guests — who mingle begrudgingly, enthusiastically, cautiously in its chintz-decorated rooms — we learn that the hotel has been crushed beneath a landslide. And many of the guests, but not all, will remain forever sleeping beneath the rubble.

The story is set over the seven days leading up to the accident. With each passing day, we get to know the hotel’s inhabitants: a snooping housekeeper, a grief-stricken couple, a charming chauffeur, an eccentric authoress, the lazy hotelier, a self-centered aristocrat, two mothers of dubious affection, and a band of children — both sweet and sour — that romp among them.

From the first, we know that there will be some survivors, but who lives and who dies isn’t revealed until the final chapter.

Along the way to the final revelations, there are life-changing conversations, love affairs, new friendships, perilous situations, and moments of redemption — all set against the backdrop of the changing social mores of a post-WWII world. Rather than a whodunnit, this is an exploration of how these people came to be here and what fate has in store for them.

In 1937, author Margaret Kennedy and her literary friends came up with the idea for a story collection based on the Seven Deadly Sins. That notion stayed with her, and with this 1950 novel, she gathered all of the sins under one roof, letting them do their worst to delightful, unsettling effect. It’s pretty apparent that the inn is run by the unhappy wife of Sloth; it can be a bit of dark fun to try to connect the other characters to pride, greed, lust, envy, gluttony, and wrath.

But it’s not all bleak damnation. Kennedy has a gift for sharp metaphor, so there’s plenty of wry humor to keep the holiday spirit afloat, and several of the characters do their best for Team Virtue.

Although the story begins at the end, the pages are infused with tension and forward momentum. It can sometimes be an unsettling journey, but if you enjoy watching characters get their just desserts, you’ll be glad to spend a little time at the Pendizack Manor Hotel.

It was a hotel, you know. Used to be a private house, but they’d turned it into a guest house. The cave runs right under the cliff. The blast must have shattered the rocks in there and loosened a great slice of the cliff face. Later on, cracks were found at the top of the cliff, about a hundred yards inland… You should see the place; you wouldn’t know it. The cove is not there anymore. Nobody would think a house and gardens and stables ever stood there… — Margaret Kennedy

Found on the southwestern tip of England, Cornwall is known for its dramatic stone cliffs, crashing surf, and hiking paths — a brilliant setting for this story of a summer holiday that's not all sugar and sunshine.