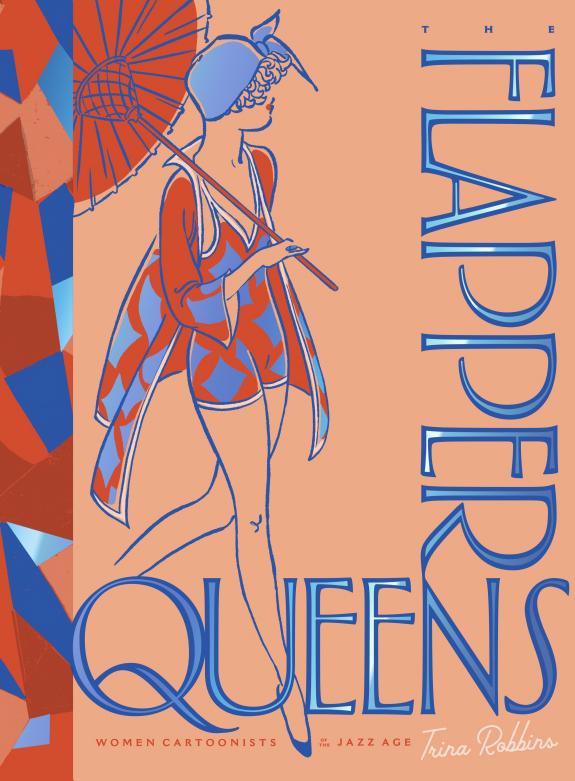 This gorgeous comics anthology (168 pages) was published in August of 2020 by Fantagraphics. The book takes you to the Jazz Age. Melissa read The Flapper Queens and loved it; it wouldn't be on our site if she didn't recommend it.

Women Cartoonists of the Jazz Age

Bobbed hair, glamorous fashions, fast cars, faster men, and girls with moxie — find all that and more in this delightful and surprising collection of cartoons from women cartoonists of the Jazz Age.

Cartoonist Trina Robbins — herself a winner of an Inkpot Award and an inductee in the Will Eisner Hall of Fame — puts the women cartoonists of the 1920s in context, then showcases their work with tabloid-size, full-color comics. Every page flaunts elegant graphic design and is afire with the energy of the comics.

We meet characters like Nell Brinkley’s art nouveau ‘Brinkley Girls,’ who go on adventures romantic, mystical, and daring while looking fabulous and holding their own against spinster aunts and grabby-hands beaus. In an installment Dimples’ Day Dreams, it’s impossible the allure of Dimple’s fantasy in which she’s President of the United States — while wearing smart trousers, no less. There are also artist Ethel Hayes’ beauties, who showcase the latest fashions, and Virginia Huget’s angular heroines who get into all manner of scrapes with girlfriends, boyfriends, and even, memorably, a sheik. The charleston, hot rods, visits to mediums, and cavorting on campus all come into play.

Robbins’ informative text provides a brief overview of each artist to set up their work, pointing out elements of their drawing and storytelling styles. Then you can simply lose yourself in the delightful drawings and charmingly-retro (and, occasionally, cringe-worthy) text of the 1920s. The sensibility of the time is on full display, a contradiction of proto-feminism, old-fashioned morals, and some outdated language.

This is a beautiful time capsule of a vibrant era in American culture and cartooning. Put on some jazz, pour a little bubbly, and jump right in. It’s the bee knees, the cat’s pajamas, kipper’s knickers, and the monkey’s eyebrows. 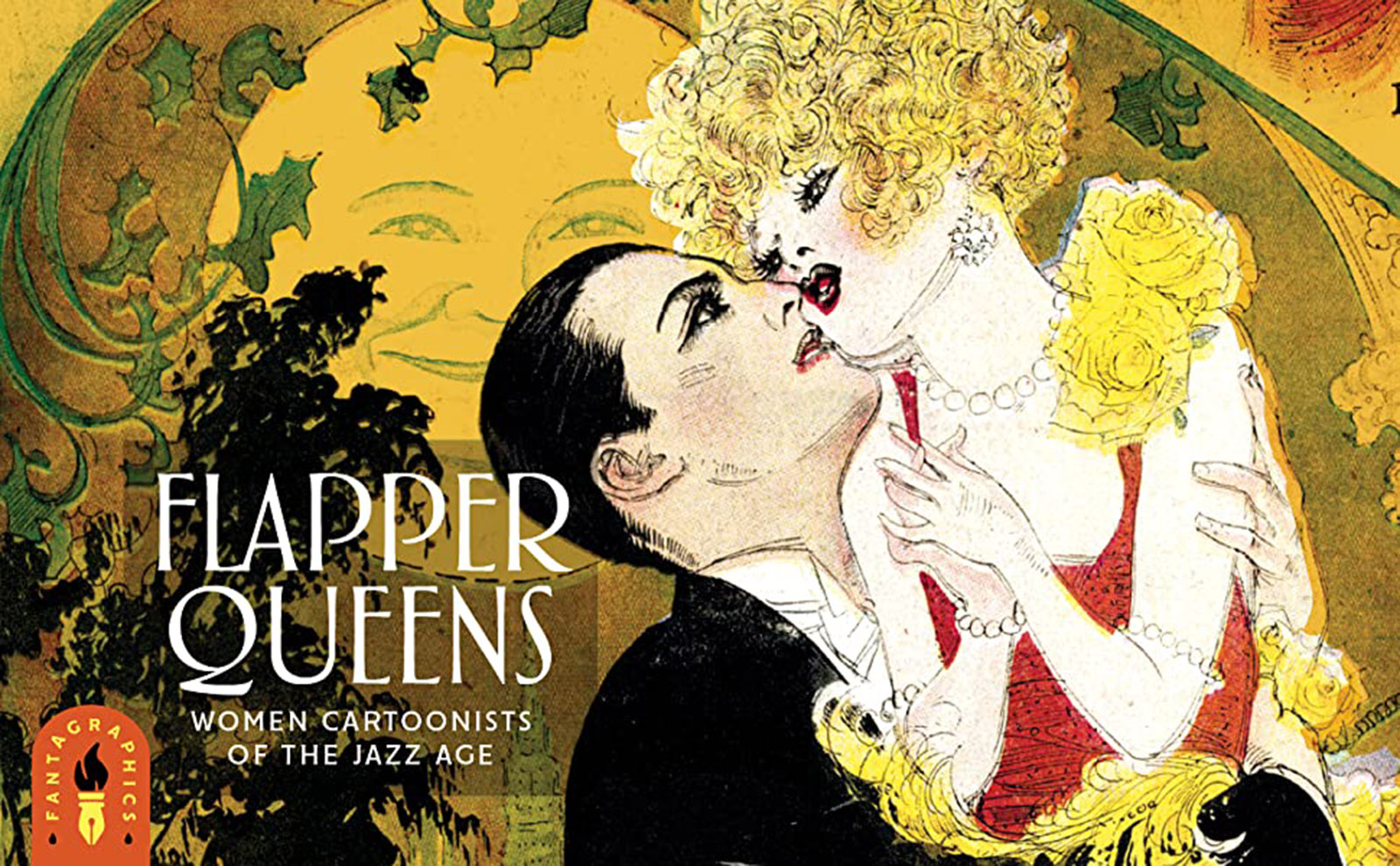 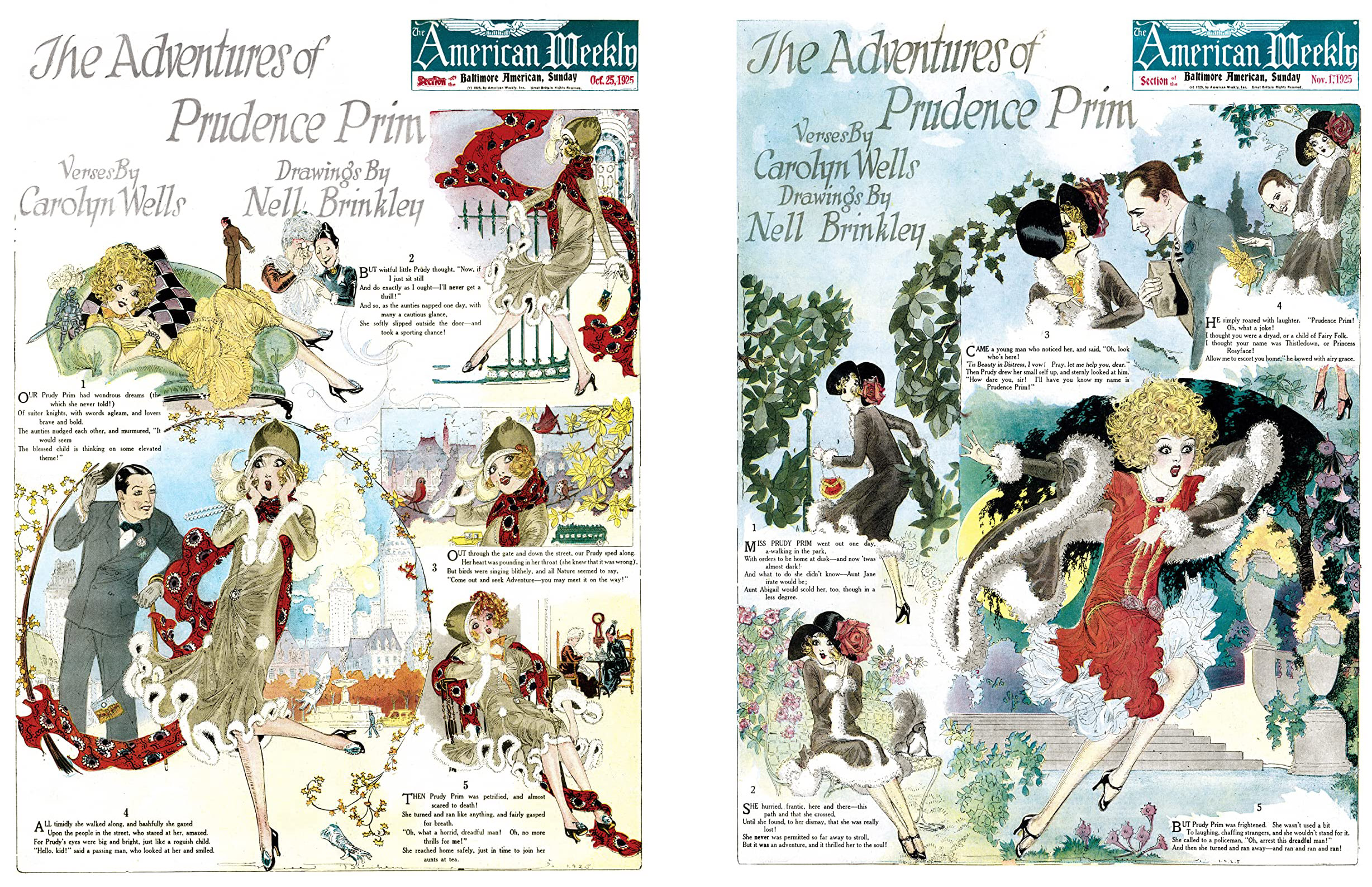 Prohibition was ratified in 1919, the same year as the amendment that gave women the right to vote, and went into effect the following year. Women had rebelled politically, and the Eighteenth Amendment, which prohibited alcohol, was something else for women to rebel against. Now they were smoking and drinking bootleg hooch with the boys. As far as women were concerned, they had achieved equality. It was a revolution. The flapper was the new queen, and scores of women cartoonists chronicled her adventures in the pages of America’s newspapers. — Trina Robbins