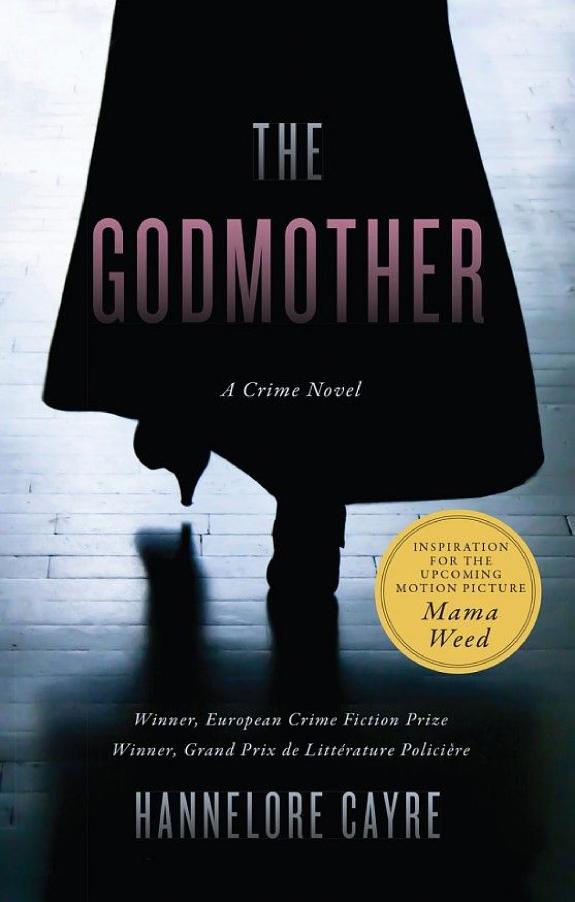 This page-turner with a dynamic (anti)heroine (192 pages) was published in September of 2019 by ECW Press. The book takes you to modern-day Paris. Melissa read The Godmother and loved it; it wouldn't be on our site if she didn't recommend it.

Say bonjour to Patience Portefeux, the 53-year-old heroine of this punchy contemporary crime novel set in the North African community of Paris. She’s bilingual, a good listener, and probably really sick of your sh*t.

Working for the Ministry of Justice as a translator isn’t the job of Patience’s dreams. Her specialty is translating wiretap recordings — most of which are conversations between drug dealers — from Arabic to French. As time passes, she’s no longer sure that her sympathies lie with the police. Hours of the suspects’ conversations have humanized them in her ears — and she knows what it’s like to be in tight spots. Events of her past drive her in ways we slowly understand, and thanks to her husband’s recent demise, she’s now solely responsible for her elderly mother and her own adult daughters.

All of this leads Patience to make a shocking, life-changing decision.

Dressed in fake black-and-gold Chanel sunglasses, a leopard print hijab, black eyeliner, and stacks of gold bracelets, Patience could be the best friend you never knew you needed: street smart, tough, snappy, and honest, in her way. Despite some dodgy behavior, you’ll be firmly on the side of Patience in every dust-up. She struts into what’s a man’s world and takes charge of the circumstances — ensuring her success not by acting like a man, but by embodying the strong, practical woman that she is.

No surprise, this novel won the Grand Prix de Littérature Policière, the most prestigious award for crime fiction in France. Written like a memoir, it’s cinematic and darkly comic without being cynical. An astute and entertaining look at life in modern Paris, it doesn’t shy away from racial strife, the unfairness and ravages of aging, or the biting, life-affirming love of tight-knit families. Paris is the City of Lights, but bright lights also cast dark shadows, especially for women of a certain age and citizens from somewhere else.

I had been planning to get rid of that revolver – not only because I find weapons hideously ugly, but because this particular one had killed people whose bodies had been buried on The Estate. After all, if one day somebody stumbled upon those remains, it would inevitably lead back to me; and then if they were to find the weapon that had been used to bump off all those people, I would find myself having to offer all sorts of exhausting explanations. But getting rid of a gun is the sort of job you never get around to doing, always putting it off to tomorrow. — Hannelore Cayre