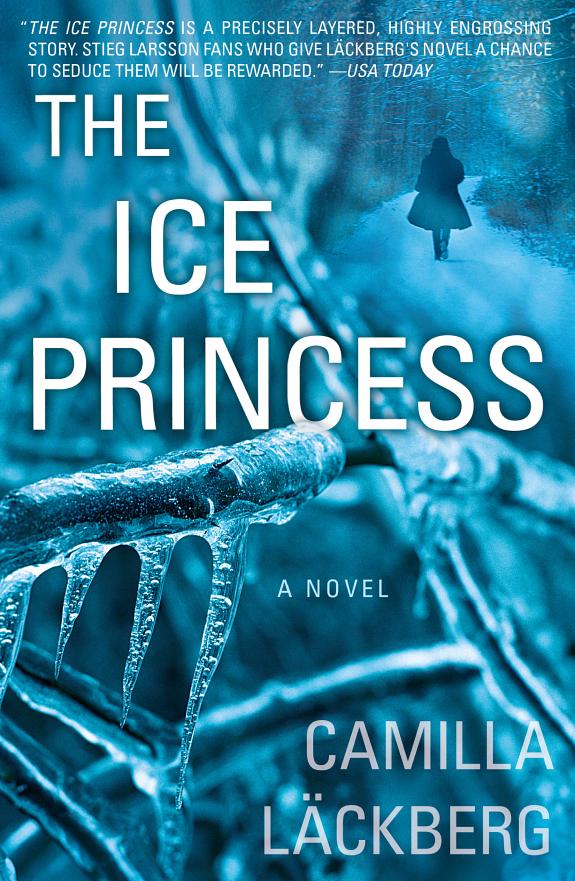 This dark murder mystery (393 pages) was published in June of 2010 by Pegasus Crime. The book takes you to a coastal village in Sweden. David read The Ice Princess and loved it; it wouldn't be on our site if he didn't recommend it.

An ice princess found frozen in a bathtub. Horrific and somehow still beautiful. Was it really a suicide or a far more deliberate and sinister act?

Writer Erica Falck has returned to her hometown of Fjällbacka, Sweden, under the worst of circumstances. Her parents have both died in a tragic car accident. While she’s sorting through the last remnants of their lives, she’s also forced to deal with the violent, mysterious death of her childhood friend Alex.

Alex, the ice princess of the title, was found frozen in an ice-cold bath, the victim of a suspected suicide. Erica is an author and deals with her grief in the only way she knows how; she decides to write a book about her beautiful but frosty friend who, in both life and death, remains a mystery to everyone who knew her.

Meanwhile, the local detective Patrik Hedstrom has his own suspicions about the case. When he and Erica team up, painful, damaging, and dangerous secrets about their hometown are revealed — with devastating results.

Set in the real-life fishing village of Fjällbacka on the east coast of Sweden, this novel is rich in atmosphere and hidden motives. With just 900 residents, the town is rife with a shared history, old grudges, and the kind of social currency that can only be traded in a place where everyone knows everyone else’s business.

As the suspect pool expands, our heroes find themselves growing closer to each other and closer to the truth of this brutal act of violence.

This is author Camilla Läckberg’s debut novel and is the first in the wildly popular Fjällbacka series (8 books so far). All of Läckberg novels have been number-one best sellers in her homeland and have been translated into 40 languages.

Fishing had been Fjällbacka’s livelihood for centuries. The unforgiving environment and the constant struggle to survive, when everything depended on whether the herring came streaming back or not, had made the people of the town strong and rugged. Then Fjällbacka had become picturesque and began to attract tourists with fat wallets…. the young people moved away and the older inhabitants dreamed of bygone times. She too was among those who had chosen to leave. — Camilla Läckberg