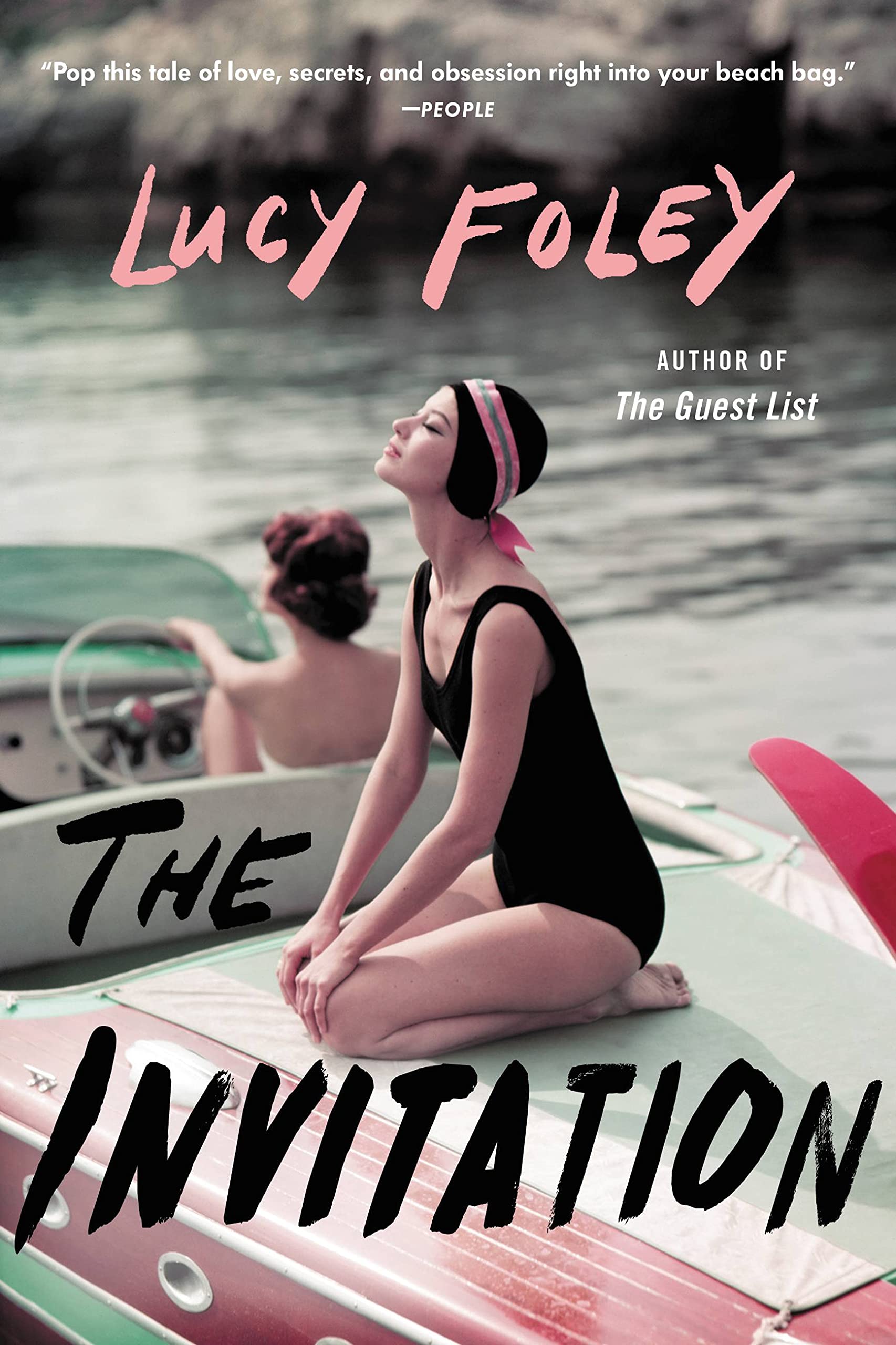 This romantic thriller (432 pages) was published in June of 2017 by Back Bay Books. The book takes you to the Italian Riviera. Melissa read The Invitation and loved it; it wouldn't be on our site if she didn't recommend it.

This devastatingly romantic story is set aboard a luxury yacht sailing up the coast of the Italian Riviera to the Cannes Film Festival in 1953. If you’ve ever wished to time-travel to a more glamorous era — fabulous couture, flowing champagne, delicious scandal — this book is your transport.

This story opens with a fizzy cocktail of a prologue that pours Daphne du Maurier’s novel Rebecca into a cocktail shaker with a dash of Edgar Alan Poe and a splash of Patricia Highsmith.

Set a few years after the events of the book, it’s narrated by our hero, now jaded and living in Morocco. His broken heart has festered, and, describing his solitary life, he says, ‘I wonder sometimes if I have gone a little mad.’

Prior to this heartache-induced madness, he was merely Hal, a struggling journalist. In need of a drink and a good story, he accepts an invitation to a posh cocktail party thrown by a Contessa: She’s gathered her wealthy friends to woo them into financing a film she wants to produce. Ignored and rebuffed by the Contessa’s snobby friends, Hal escapes to the rooftop garden — where he’s joined by a beautiful blonde woman in a shimmery dress. Say hello to Stella.

The two embark on an enchanted lamplit evening in Rome, strolling the ancient streets, downing beers in a jazz bar, and exploring a hidden garden filled with citrus trees. When Stella invites herself to Hal’s apartment — to glimpse the real Rome — one thing leads to another. Lying in each other’s arms amidst the tangled sheets, they talk about Hal’s dreams of writing and the War, then drift off to sleep. The next morning, they both return to their normal lives — and Hal realizes he never learned Stella’s last name.

Two years later, the Contessa makes him an irresistible offer: She wants Hal to chronicle her star-studded party sailing up the coast of Italy to her film’s premiere at Cannes. There’s a sexy Italian actress, the artistic film director, a revered actor, and… Stella.

As the cocktails are poured, Hal’s feelings for Stella are rekindled, and we learn that everyone on board has secrets they’d prefer to keep in the dark.

This sun-and-champagne-soaked story has it all: breathtaking scenery, shocking revelations, melodrama, romance, suspense, and twisty surprises — with a shot of tenderness to make it all go down smoothly.

That spring was the start of everything for me. Before then, I might have been half asleep, drifting through life. Before then I had not known the true capacity of the human heart. I remember it all with such a peculiar clarity. Though I know that now is the time to do this, or never at all, I cannot deny my dread of returning to that spring. Because what happened was my fault, you see. — Lucy Foley