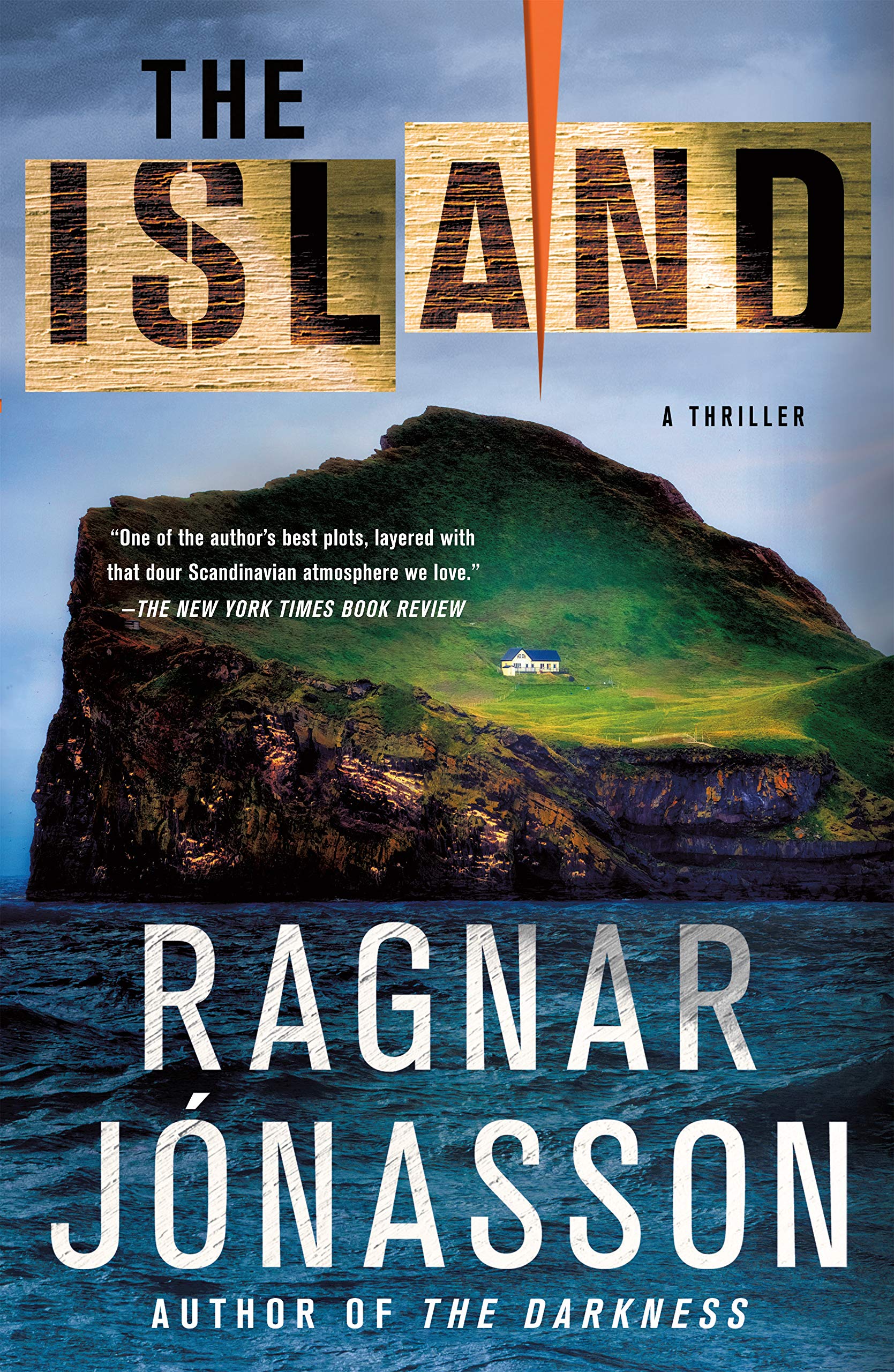 This noir thriller (352 pages) was published in June of 2020 by Minotaur Books. The book takes you to Iceland's Westfjords. Melissa read The Island and loved it; it wouldn't be on our site if she didn't recommend it.

Iceland seems to be populated by amiable, laidback people who a) love to read and b) seemingly cannot resist a tale of grisly murder. To that, we can only say skál!

The story opens in 1987, when a pair of young lovers are on a weekend getaway in the Icelandic Westfjords. The terrain is wild, their passion is white-hot, and all signs point to them consummating their relationship. But before we can get to know too much about either of them, tragedy strikes.

Ten years later, a group of long-time but estranged friends plan a reunion on the island of Elliðaey. Forget what you think you know about islands. Elliðaey is an enormous rock with a smooth top covered in green grass. There is one lonely house perched on top. And that’s about all: Rock. Water. Little House. Seabirds.

Despite what may have been good intentions, the frenemy reunion is tense and the opposite of fun. It begins to dawn on them (and us) that perhaps this isolated, dangerous-if-you’re-not-careful island was not the best place for their reunion.

When one of them goes off the edge of the island’s cliff, it’s no accident. It’s murder. And one of them did it.

Detective Hulda Hermannsdóttir is on the case, and she brings her own oversized emotional baggage to the proceedings. Make no mistake, she’s a great investigator, but at 50 years old, she’s lived a life and seen some things, and she carries them heavy.

As she unravels the mystery of the island, she also unearths hidden truths in her past. It’s all a glorious, well-plotted, well-told gut punch. (This is the second book in The Hulda Series; they can be read out of order.)

Author Ragnar Jónasson is considered the Icelandic Agatha Christie, and the comparison is apt. He sets up this story with the cold case in the ’80s, then devises a modern spin on the locked room mystery before deftly knotting all the threads together at the end.

The Island is atmospheric and pokes around in dark emotional corners. It also presents a believable picture of daily life in Iceland while taking us inside police department politics and the challenges of solving crimes in this vast, unforgiving, but very beautiful landscape.

Klara was beginning to get cold feet too. Perhaps it was just the awareness of being so completely cut off from civilization. She had a sudden uneasy feeling that they were stranded, marooned on a desert island, with no way of making contact with the outside world except via the radio. Trapped in a magnificent landscape painting. The house, or rather hunting lodge, nestled at the foot of a grassy slope that swept up to meet the sky before plummeting vertically into the sea. Not far off was another, smaller building, a nineteenth-century bird-hunters’ hut, one of the oldest buildings in the Westman Islands, Benni had said. Someone was calling her name – Benni, probably. She filled her lungs with the fresh sea air, listening to the cries of the birds, the only sound to impinge on the silence. Then, determined to enjoy the moment, she shrugged off the creeping sense of dread and went to join the others. — Ragnar Jónasson

Every Friday, we share our favorite book- and travel-related links. This week, we've got photos of a lonely Icelandic island, recommended historical fiction, travel journaling, Kabul's oldest restaurant, and more.