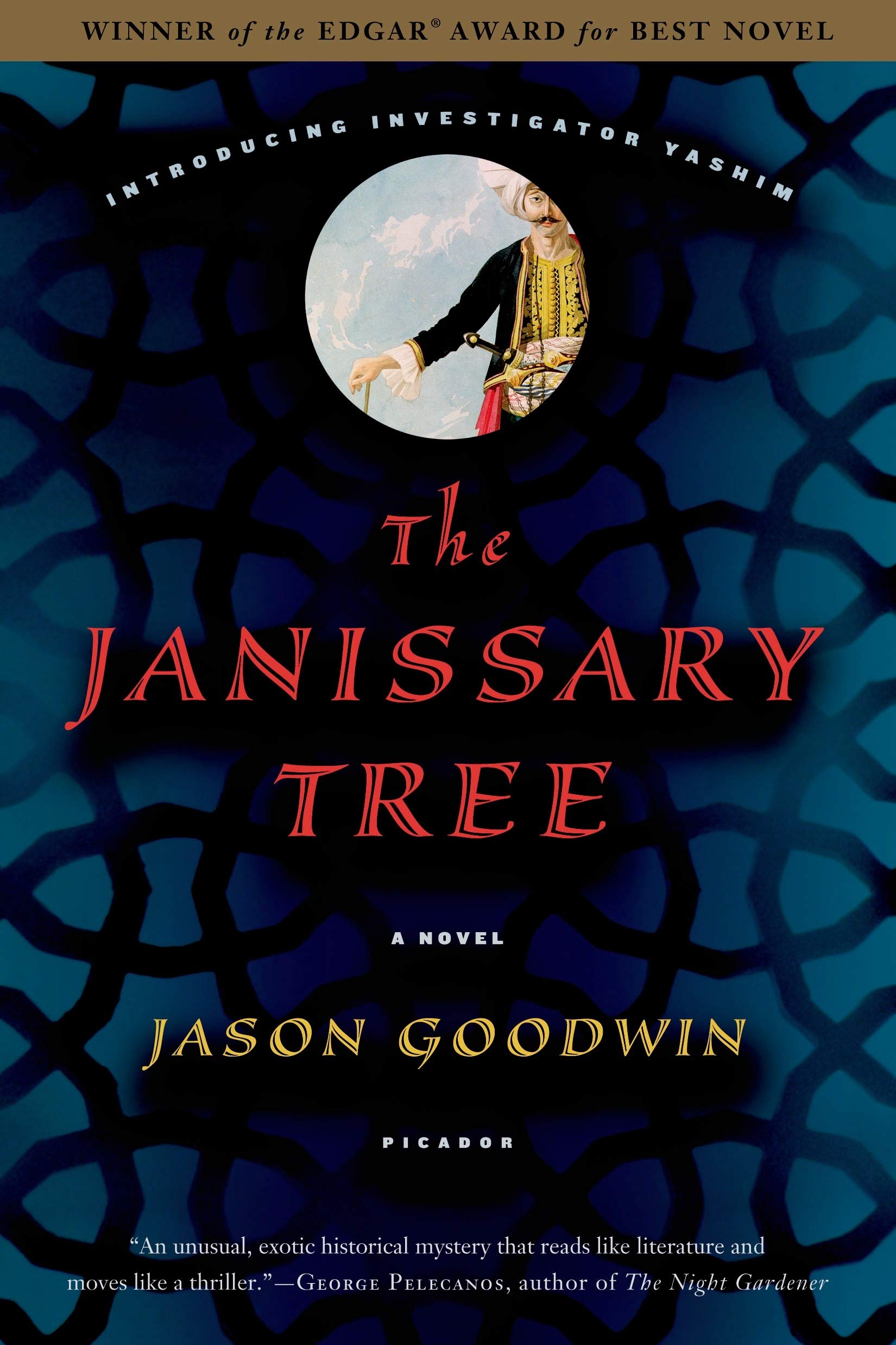 This historical murder mystery (320 pages) was published in May of 2006 by Picador. The book takes you to Ottoman-era Istanbul. Melissa read The Janissary Tree and loved it; it wouldn't be on our site if she didn't recommend it.

This delightful historical murder mystery set in Ottoman-era Istanbul has everything! Janissaries, Russian soldiers, sessions at the hammam. A transexual dancer, intrigue in the harem, and a handful of very creative murders.

And Yashim, our charismatic, erudite, genteel detective who is, by the by, a eunuch.

Although most eunuchs of the era were slaves, either assigned to the harem (Black eunuchs from Africa) or banned from interacting with the concubines (White eunuchs from the Balkans and Caucasus), Yashim may go anywhere he pleases. He’s a trusted envoy of the Sultan with a gift for blending into the scenery when it serves him.

He’s also fast-thinking, light on his feet, and has a gift for language. ‘Both men and women had found themselves strangely hypnotized by his voice.’ He is also prone to bouts of melancholy about his missing… well, you know… and about not having a family. But that doesn’t stop him from outrageously flirting with men and women or from having a fling with a beautiful woman married to a dangerous man.

And he loves to cook. And eat. And share both with his dear friend Palewski, the Polish Ambassador. So they open a bottle, get a little drunk, and commiserate about the state of the world over feta-stuffed pastries and chicken with walnuts.

In this, the first adventure in a five-book series, Yashim is set on the case of four soldiers gone missing on the brink of an important military exercise to celebrate the new, modern army. As he searches the city for the men, he finds them: one by one and very dead. During his investigation, he’s also drawn into the murder of the Sultan’s new concubine and the theft of jewels at Topkapi Palace.

And that Yashim? He’s a true charmer.

[I]n the morning, coming down to the Kara Davut, he always decided to stay where he was. He’d leave his books to glower in the half-light, and his kitchen would fill the room with the scent of cardamom and mint and throw steam onto the windows. He’d labor up and down flights of steep stairs and crack his head, from time to time, on the lintel of the sunken doorway. Because the Kara Davut was his kind of street. Ever since he’d found this cafe, where the proprietor always remembered how he liked his coffee — straight, no spice, a hint of sugar — he’d been happy in the Kara Davut. The people all knew him, but they weren’t prying or gossipy. Not that he gave them anything to gossip about: Yashim led a quiet, blameless life. He went to mosque with them on Fridays. He paid his bills. In return he asked for nothing more than to be left in peace over his morning coffees, to watch the street show, to be waved over by the fishmonger with news of an important haul or to visit the Libyan baker for his excellent sprouted-grain bread. — Jason Goodwin