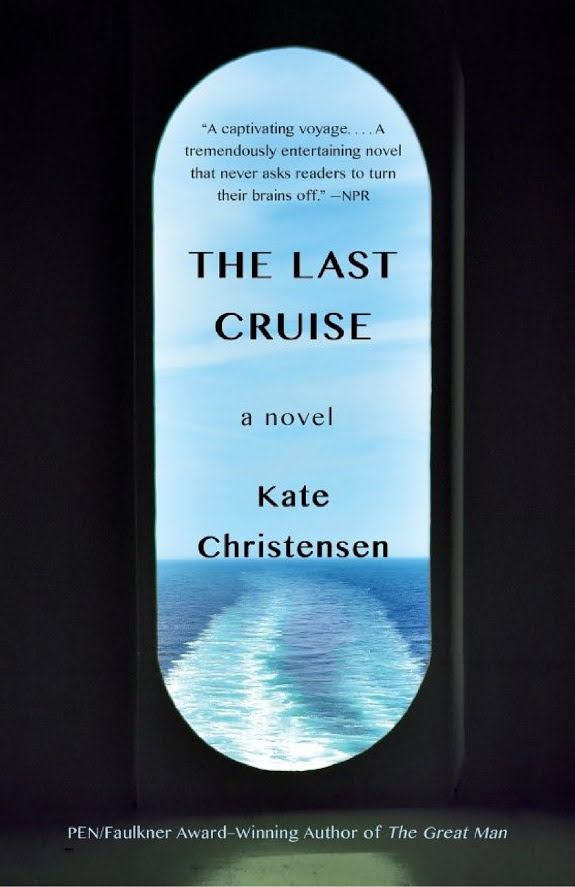 This compelling novel (304 pages) was published in July of 2018 by Doubleday. The book takes you to a luxury cruise ship. Melissa read The Last Cruise and loved it; it wouldn't be on our site if she didn't recommend it.

The glamorous 1950s ocean liner Queen Isabella is making her final voyage — a retro cruise from Long Beach to Hawaii and back — before heading to the scrapyard. It should be a dream getaway for the guests onboard. Gourmet food, string quartets, no cell phones, no children. What could possibly go wrong?

As the story opens, we meet three characters on this once-in-a-lifetime adventure: a former journalist who’s now a middle-aged farmer in Maine, a newly-promoted Hungarian chef with plenty to prove in the kitchen, and an elderly Israeli violinist who’s on board to entertain with the rest of her quartet.

Although the sea is smooth and the pieces are in place for an elegant experience — dressing for dinner, polite conversation over cocktails — a fog of unease settles over the narrative. There’s a sense that something is coming, although no one is sure what or when.

This seafaring holiday should be an opportunity to leave everyday life behind. But on deck, the guests play out the same small, personal dramas that bedevil them at home. Meanwhile, below decks, the international crew is living a mirror image of the passengers. They, too, have a dedicated lounge, cliques, and tensions of their own.

Meanwhile, we get an insider’s perspective on life aboard a luxury cruise ship: the carefree days of the passengers, the almost military-hierarchy of the kitchen, the grinding responsibilities of the crew’s daily work, the claustrophobia and freedom of being out at sea.

As the ship cruises across the expanse of the Pacific, external and internal forces collide, and the true character of the people aboard the Isabella — and the boat itself — is revealed.

The rich and famous of the era booked suites and dined on filet mignon and oysters Rockefeller at the captain’s table, danced the cha-cha and the tango to hot bands in the ballroom, drank martinis and cognac in the Starlight Lounge, smoked cheroots in the casino… Gene Kelly made a splash in the ballroom for a dazzling night, squiring several starstruck matrons around the teak parquet floor, dipping one so low her diamond brooch fell off, then famously dipping her again at the end of the dance so he could pick it up again and hand it back to her… Her last cruise will be a celebration of the glorious era of glamour and elegance, a theater of nostalgia. — Kate Christensen

Set Sail for Glamour, Intrigue, and Uh-Oh! A Bit of Disaster in 'The Last Cruise'

This novel has everything a dramatic adventure requires: compelling characters making (very) questionable decisions, the timeless conflict between haves and have-nots, an opulent setting at sea, and impending peril.