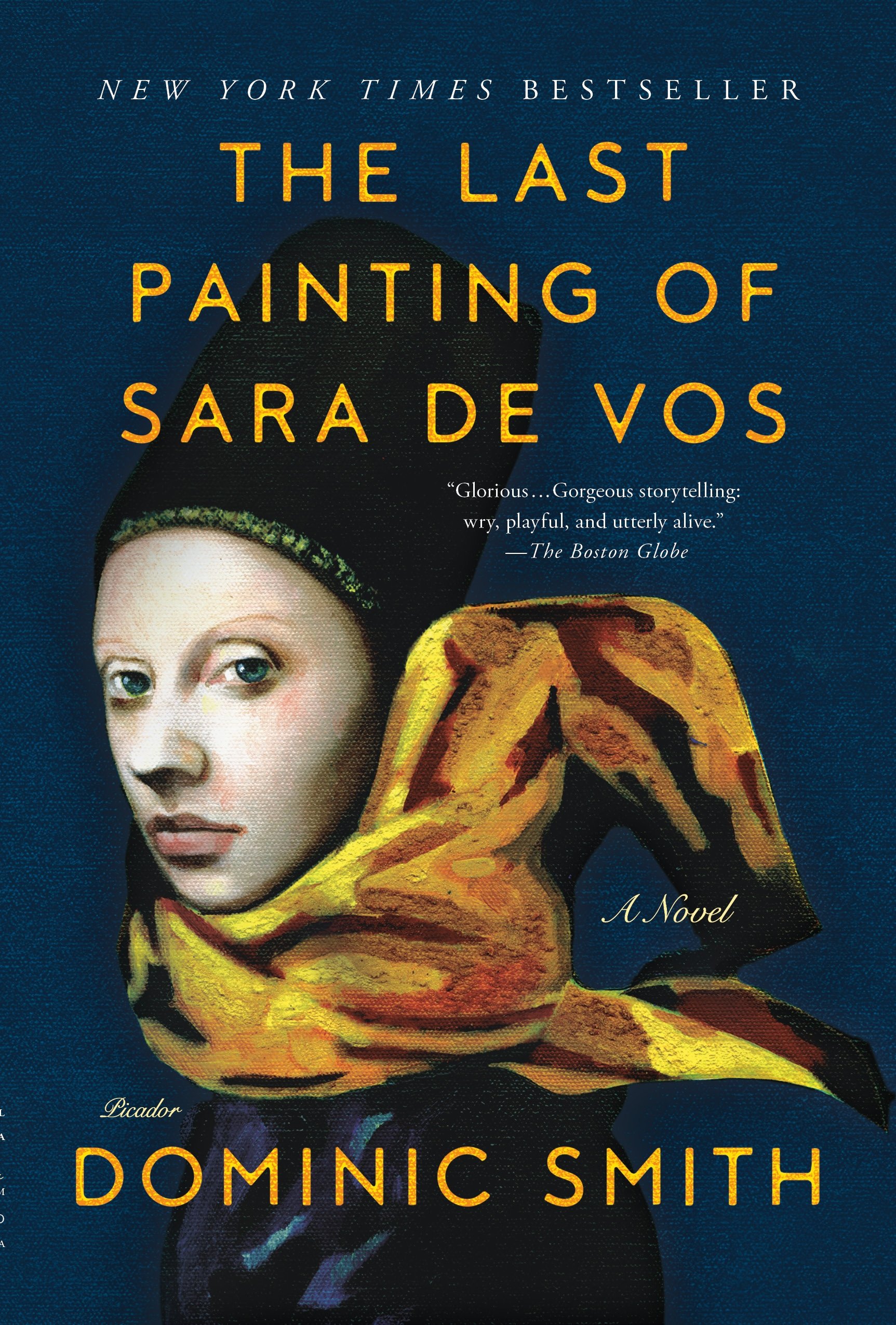 This historical novel (304 pages) was published in April of 2017 by Picador. The book takes you to the world of art forgery. Melissa read The Last Painting of Sara de Vos and loved it; it wouldn't be on our site if she didn't recommend it.

In the world of this novel, our heroine Sara de Vos is the first woman to be admitted as a master painter in the Guild of St. Luke. Defying convention and risking her reputation, she paints a haunting landscape of a young girl standing at the edge of a forest, watching a group of ice skaters on a frozen river.

The painting is not only beautifully arresting, its impact echoes through the ages.

In mid-20th-century New York, it’s passed into the hands of a wealthy lawyer named Marty. During a charity gala he and his wife are hosting at their home, the painting is replaced with a replica. We, as readers, know the forger: It’s Ellie, a struggling art history student.

Decades later, Ellie has left her art restoration and forgery days behind her. She’s a respected, accomplished art historian and curator in Sydney. And then the past comes calling.

Deftly threading elements of a heist story, historical fiction, and workplace drama, this novel is a page-turner packed with fascinating, insider detail, like the unexpected tragedy of the 1637 tulip mania and the draconian regulations of the painters’ guild. Or a behind-the-scenes look at what it’s like to mount an exhibition at a museum: how the galleries are set up, how paintings are transported and by whom, the security and handoff, and what happens at the opening night gala. It’s also a treat to look over Ellie’s shoulder as she crafts her forgery, preparing the canvas, mixing her own paints, losing herself in the story of the painting — all an echo of the artist Sara’s experience centuries earlier in Amsterdam.

The reverence for art and artists is balanced by wry comic relief whenever Marty enters the scene. He’s a devoted art lover but also a charming rogue who eventually displays endearing depths of character without sacrificing his edge.

Thrilling and moving, this story explores what art can mean to people with a deep understanding that our puny human lives have different seasons. Fortunes change, relationships evolve — for better and for worse — as we move through time. But art? That’s eternal.

The painting is stolen the same week the Russians put a dog into space. Plucked from the wall right above the marital bd during a charity dinner for orphans. This is how Marty de Groot will tell the story in the years ahead, how he’ll spin it for the partners at the law firm and quip it to comedic life at dinner parties and over drinks at the Racquet Club. We’re dipping shrimp in cocktail sauce, working Rachel’s best china out on the terrace because it’s mild for early November, you understand, while two thugs — middlemen disguised as caterers, let’s say — are swapping out the real painting with a meticulous fake. He’ll be particularly proud of that last phrase — meticulous fake. He’ll use it with friends and insurance agents and the private investigator, because it sets up the rising action of the story, suggests that a prodigy or mastermind has been patiently plotting against him, just as the Russians have been conspiring all these years to colonize the stratosphere. The phrase will also help disguise the fact that Marty didn’t notice the beautiful forgery for months. — Dominic Smith