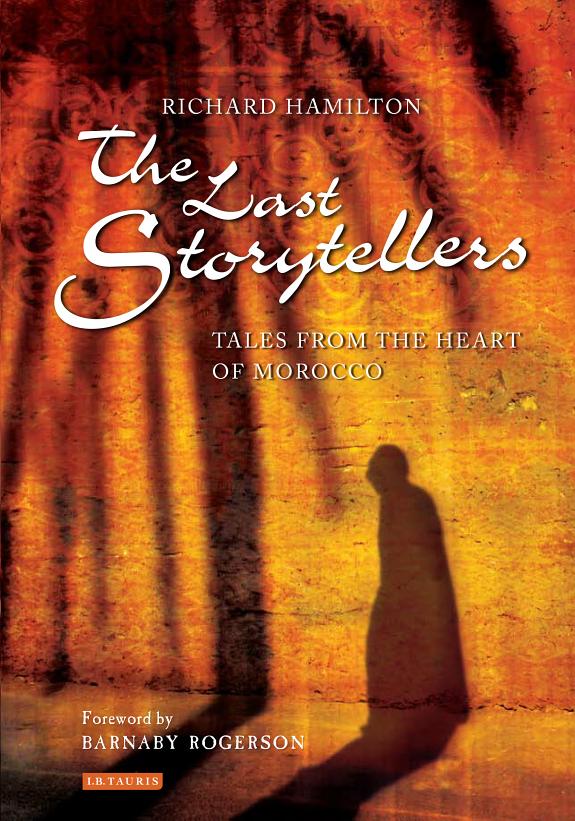 This moving look at storytelling (264 pages) was published in June of 2011 by I.B.Tauris. The book takes you to Morocco. David read The Last Storytellers and loved it; it wouldn't be on our site if he didn't recommend it.

Tales from the Heart of Morocco

For a thousand years, professional storytellers, known as hlaykia, have told their tales in a square in Marrakech, Morocco. They gather in Jemaa el Fna and recount stories of folklore and fables to their audience of people young and old, locals and visitors.

But this art form is slowing fading, replaced by TV, movie, and the internet. In 2006, journalist Richard Hamilton traveled to Marrakech for the BBC. While there, he interviewed the storytellers — ‘without exception, elderly men at the end of their career’ — about their art form. Then for three years, he tracked down more and more of these artisans to document their stories, translating from the original Darija (Moroccan dialect) to English.

This collection of 37 tales dives deep into folklore with murder, mystery, and magic. There are evil relatives and animals that talk and creatures that transform from one thing to another. There are happy endings and tragic finales — there’s even a feline djinn that waits for her master to fall asleep each night so she can get dressed and sneak out of the house. Like the Western tradition of Grimm’s fairy tales, these stories are filled with morality lessons in which characters get their due, both for ill and for good.

Neither words on a page nor technology can replicate the power of one person telling a story to another. Still, with this book, Hamilton beautifully captures these stories so they can live on for at least another thousand years.

When I first arrived in Marrakesh, it felt more like 1006; it seemed to be somewhere that had not changed for a thousand years… There are rich and poor, merchants and mad men, beggars and thieves, travelers and tarts, hustlers and holy men, dark-eyed beauties and disfigured cripples, and they all swirl around the giant plug hole that is the main square of Marrakesh. — Richard Hamilton

*For another celebration of the oral storytelling tradition, we also recommend Haunted Voices: An Anthology of Gothic Storytelling From Scotland.