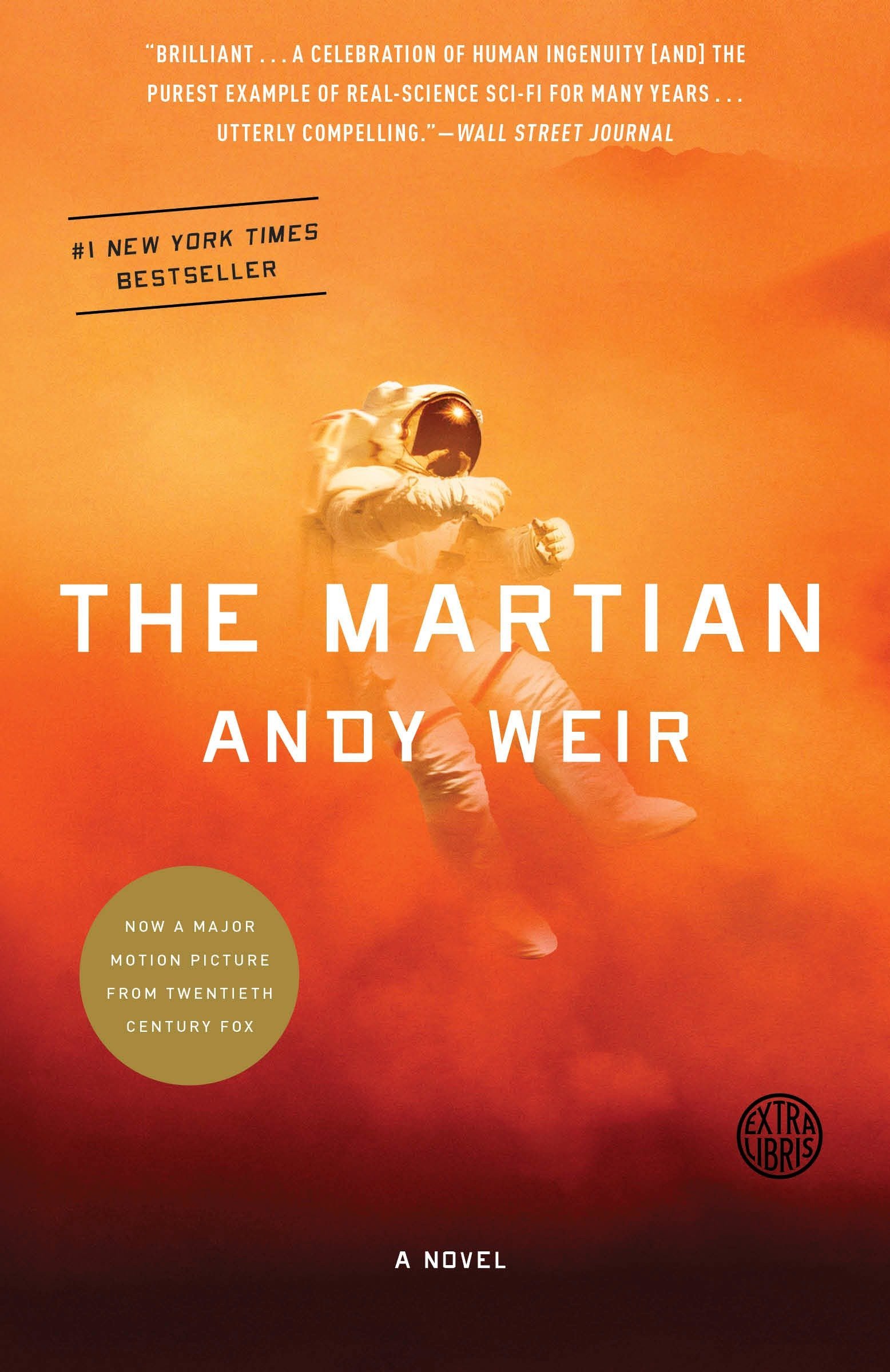 This cinematic sci-fi novel (382 pages) was published in October of 2014 by Broadway Books. The book takes you to Mars. David read The Martian and loved it; it wouldn't be on our site if he didn't recommend it.

What do you do if you’re stranded on Mars? Alone. Communication with Earth is a non-starter. And the clock is ticking. If you’re our hero Mark Watney, you crack a lot of jokes and get to work. After all, you’ve only got about a month to save yourself.

It’s 2035. NASA’s Ares 3 mission to Mars had been going pretty well for Watney and the rest of the team. But just six days into their stay at Acidalia Planitia, a dust storm literally blows the expedition apart. The crew is forced to quickly evacuate, leaving their fallen comrade Mark for dead. There’s just one problem: He’s very much alive. And now he’s stranded on an inhospitable planet 249 million miles from home.

It’s not all bad news: He’s got a Habitat for shelter (with an expiration date in 31 days). There are air and water, so long as the Oxygenator and Water Reclaimer keep functioning. So Mark decides to ‘work the problem,’ writing a bitingly-funny, poignant journal of his exploits to share his story and keep himself company. ‘I’d give anything for a five-minute conversation with anyone. Anyone, anywhere. About anything. I’m the first person to be alone on an entire planet.’

Surviving on his wits and ‘nothing tea,’ he systematically breaks down each new obstacle with creativity, engineering know-how, and an absolute refusal to surrender. But good humor and commitment can only take him so far. Will he ever see other humans and Earth again?

Author Andy Weir has created a relatable and indomitable hero in Mark Watney. A man with whom you’d be happy to share a beer and shoot pool — but who is also quite capable of saving his world, one small step at a time. The story is based in real science — with an invigorating splash of ‘what-if’ fantasy. It’s a thrilling sci-fi romp that’s also a celebration of the best of being human.