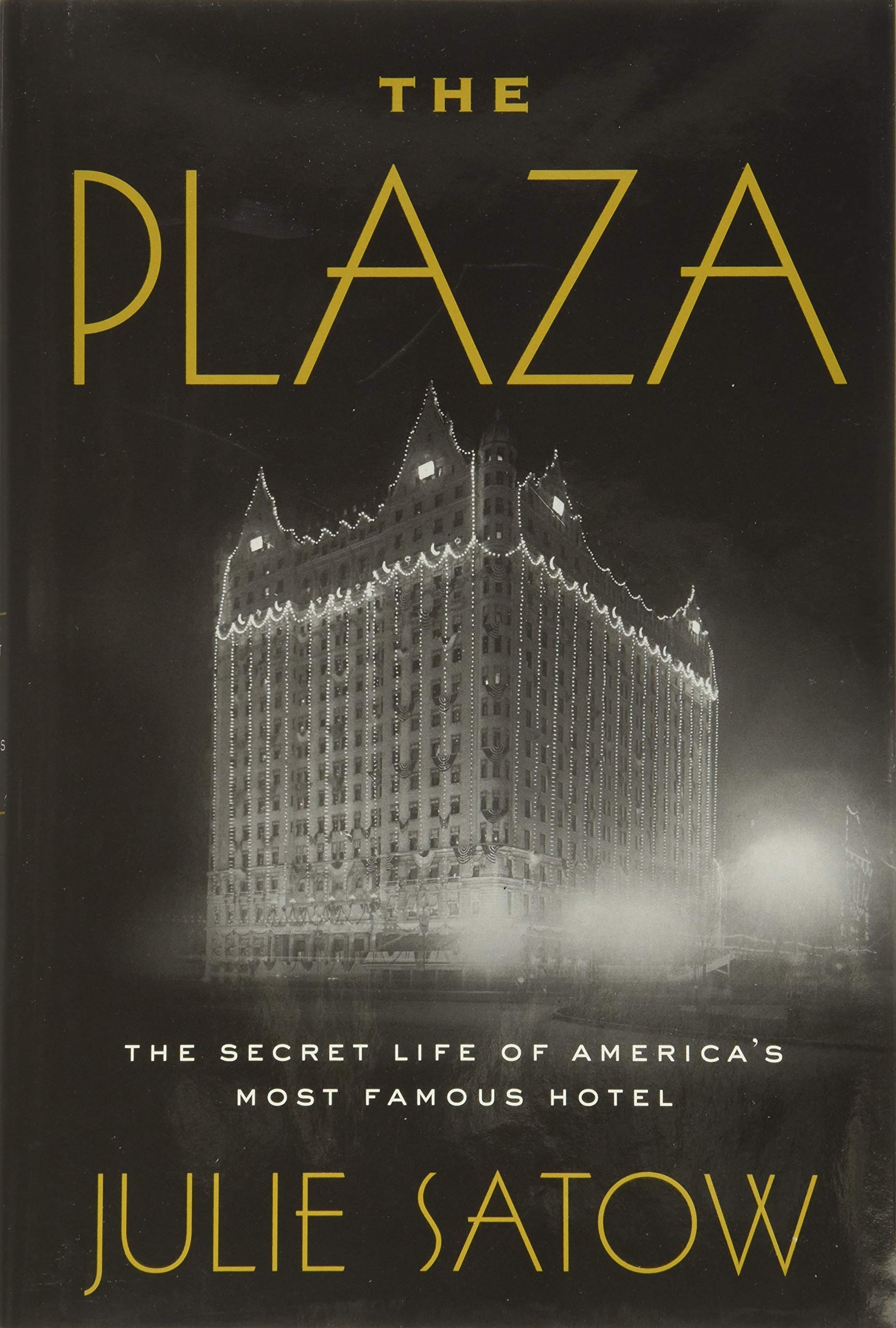 This delightful history (384 pages) was published in June of 2019 by Twelve. The book takes you to the iconic grand hotel. David read The Plaza and loved it; it wouldn't be on our site if he didn't recommend it.

The Secret Life of America's Most Famous Hotel

The Plaza hotel is as much a character in the story of New York as the people who’ve knocked back cocktails in its bar and laid their heads on its pillows. So it’s fitting that journalist Julie Satow has written this fascinating biography of the iconic hotel.

Since 1907, The Plaza has stood watch over the corner of Fifth Avenue and Central Park South. Step out its front door, cross the street, and you’re in Central Park. It’s one of the most desirable addresses in the world. Standing 21 stories — tall, but not so tall as to be uncouth — The Plaza has seen some things. This book tells those stories.

The story begins with drama that took place before the hotel opened: a murder! during its construction! Seems there was tension between the hotel’s owners and the ironworkers union, and things got out of hand.

From there, Satow unspools the story, decade by decade, from its beginnings in the Gilded Age, through the celebratory greed of the 1980s, and right up to today. There are tall (but true) tales about F. Scott Fitzgerald, FDR, the Beatles, Frank Lloyd Wright, and Truman Capote. The latter’s Black and White Ball is the stuff of high-society legends. And then there was the time — the unforgettable night of September 9, 1958 — when Miles Davis, Duke Ellington, and Billie Holiday shared the stage at The Plaza.

To a large extent, the story of The Plaza is the story of New York City — both dynamic, vibrant, over-the-top, but irresistible places that set the standard for the world. This book takes us through the century of changes that made both what they are today.

At the Plaza, Mrs. Alva Belmont organized a two-day bazaar to raise money for the suffragette cause, while Margaret Sanger held a three-day conference on birth control. The Women’s Motoring Club of New York hosted an endurance race from the Plaza to Philadelphia, and Mrs. Emily Ladenburg made headlines when, hours after being awarded the equivalent of $16 million from her dead husband’s estate, she used $1 million to throw herself a party at the Plaza. Down in the restaurants, crowds were dancing the kangaroo dip, while up in the rooms, guests ranged from the prince of Serbia to a shogun from Japan. — Julie Satow